On January 30, I made more notes of what I heard:

“From all reports the situation continues to worsen in Kwilu. Bands of young men are said to be wandering around the countryside spreading an as yet unchecked reign of political terror. Death toll is said to stand at 150 persons. According to Roger Raeys, at least one American missionary, a woman, has been killed, shot in the “face” with an arrow. Her roommate, another missionary woman, was wounded in the arm. He reported this as having happened at 2:00 a.m.

“Another report of a US missionary woman maimed, her hands cut off.

“Many of the dead in Kwilu are said to have been government workers. Political opposition is attempting to incapacitate provincial government by exterminating those who make it function.

“LISALA
“For several days rumors have circulated around Coq that there have been troubles of an unknown nature in Lisala. Today at breakfast I got two conflicting versions. Raeys, passing on a report of a fellow (Griffon) who returned from Lisala yesterday, says that an ANC soldier ran off with a woman from a village near Lisala. When another ANC soldier came to the village to investigate(?), his throat was slashed, presumably as a reprisal against the soldier who stole off with the woman. ANC took revenge on the village in force, according to Raeys, and the death toll is said to be 19.

“M. Gerard, co-owner of the hotel, gives another version. According to him, two important Lisala politicians of conflicting tribal origins undertook some sort of political discussions. Army attempted to intervene, was thwarted and as a result shot up the place. “Pas grave, alors,” I said. “Pas dans ce pays,” answered Gerard with a laugh. (“Not serious then.” “Not in this country.”) 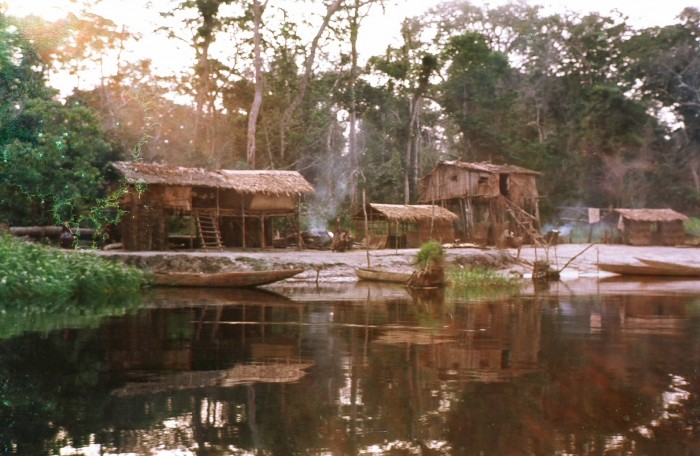 “WEMA
“Last night at a get-together to celebrate Betty Erlewine’s birthday chez Denton there was talk of tribal warfare near the Wema mission station, east of Boende. Eunice Goodall was reported to have said over the radio that she was ready to be evacuated if the Embassy thought they should leave. Problems seem to be tribal. A woman from one tribe slapped a sick woman from another tribe. The sick woman later died, calling into effect reprisals against the tribe of the other woman.

“BIKORO
“Rumors floating, too, that there have been killings at Bikoro (a couple of hours drive south of Coq). These started circulating yesterday. Mme Andre mentioned them to Ron Sallade, M. Pennequin to Betty Denton. This morning neither Raeys nor Gerard had heard anything of them.

“RUANDA
“In Ruanda mass killings of Watutsis by the Bahutus, a tribe long subjugated to Watutsi rule. Bahutus overthrew this rule only within the last couple of years and fierce tribal warfare has raged on and off ever since. Bahutus way outnumber the Watutsi. (Wonder if “free elections” imposed by outside powers changed this balance of power situation in Ruanda.) In any case Tutsi refugees have flooded into North Kivu and Uganda. In January (or around Christmas time) Tutsis made reprisal raids into Ruanda against Bahutus. Now Bahutus are on the rampage against the Tutsis. There are estimated, I believe, to be 350,000 Watutsi. It is said that 8,000 have been killed in the past month, possibly 14,000.

“CONCLUSIONS
“These outbreaks of violence seem indicative of widespread unrest throughout the country, which should come as no surprise to anyone. Betty Erlewine suggested that this unrest grows as the time for the promised elections approaches, but neither Gary Farmer nor I feel certain that the elections will come to pass. If they do, it’s been rumored that there will be troubles around Coq.

“My personal feeling is that these troubles, if they come at all, can probably be controlled. The govt seems strongly in the saddle, backed by a political organization that has no effective opposition. Tribal problems in the immediate area of Coq seem minimal.

“As for personal safety, the rumors about Bikoro are somewhat unsettling. Bikoro is linked to Coq by the only decent road leading out of Coq. News (and trouble) can spread from Bikoro to Coq in the matter of hours it takes to drive or walk the road. But most troubles seem to have local causes and local results.

“Still, would the ANC [Armee Nationale Congolaise] or police provide effective protection for Coq’s inhabitants? Real danger for Europeans lies in the troubles taking an anti-European turn, which is always a possibility. In addition, the problem of danger is increased by the ineffectiveness of our communication facilities – and evacuation facilities. The possibilities of incidents are not effected by this, but our ability to cope with them is. So is escape.

Next Post: Fred meets a true “coquin” and gets a different perspective on how to deal with Congolese.