As The Situation deteriorates, evacuation preparations go forward. Significant differences remain as to when an evacuation should occur.

[In preparing these blog posts, I’ve been aware that some passages of the letters quoted show a nastiness that does not reflect well on me. Some editors would excise it. But in times of extreme tension people get on each other’s nerves. That’s the case here. There seems no point in publishing a memoir of stressful times, if we don’t see people reacting to that stress. So my apologies to colleagues of those difficult times if these posts cause heartache or offense. It’s almost 50 years later. I hope the intervening years have been good to you.] 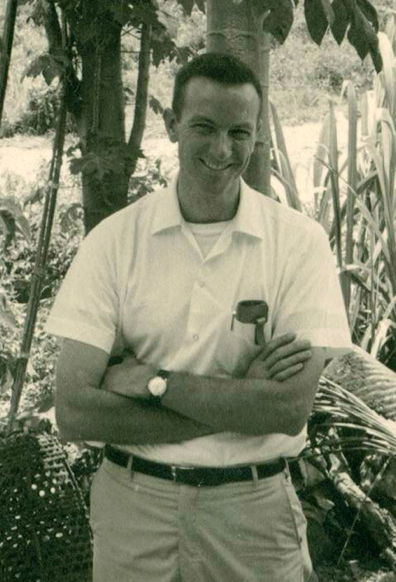 Beavering madly, Sally is collecting all lamps and rugs and govt linens for shipment to Léo. Strangely but truly, rugs have come to represent for me the dividing line between decent and intolerable living in Coq. I was unhappy about having to give mine up. When I balked, she agreed to “imagine” them in a trunk. “Where’s the second lamp?” she asked. “I’m using it.” “Oh.”

We got to talking about The Situation and I reiterated my feeling that we can’t leave before the missionaries. “I’m not leaving before anybody else,” she said, as if I had suggested that she and Tom were running away too fast. She suggested that the reason the Embassy was warning the missionaries now was so they could avail themselves of commercial transportation. (To which I say: “What incredible crap!”) I commented that the Embassy’s concern for the missionaries was quite different and in some ways opposed to what the missionaries themselves want. The missionaries, after all, have a considerable monetary and emotional investment in the Congo and are naturally reluctant to give it up. Sally hinted that I wasn’t being a loyal govt employee by suggesting that the govt had its own interests in this matter. Blatt. As if Loyalty to Your Employer was one of the Great Values.

Actually it amused me. Here was old Hunter sitting on his car fender in the sun analyzing opposing viewpoints about missionary rescues as a phenomenon in life to a poor distraught woman who saw the analysis as a threat to her husband’s sanity in his Difficult Job. This dessicated intellectual tried to break up her marriage earlier in the day; he accused her and her husband of cowardice and he was withholding lamps and rugs. You get the picture.

Calling Sally distraught is perhaps unfair. I have so little to worry about except for my skin. I keep forgetting there are differences in viewpoint and resiliency and adjustability between 30 and 46 (or 48 depending on whose figures you use). Sally has done a good, good job of keeping her figure (and I’m sure this is one of her Great Values). “That woman has had four children and her figure is still so tiny and petite!” said she one evening of Thérèse André. Sally still looks great in slacks and girlish dresses and one throws a compliment her way every now and then in general appreciation and in recognition of the preservation effort. (A living mummy of her girlhood.) Last Thursday at the airport she commented with a certain distaste at the plainness and chunkiness of missionary women. Going to Embassy Cocktail Parties has just taught her a different kind of life. I’m sure the missionaries find Sally pretty high style. “Does she drink a lot?” missionary Ron Sallade once asked me. The facial preservation has not been as successful as the other. Sometimes she looks her age, wrinkles chronicling the crises she’s battled through. The lines were out in full force yesterday. Enough nastiness.

Yesterday people in Gemena in Ubangi to the north of us began to realize their danger. The National Saviour, the ANC, commandeered the Air Congo flight out of the town leaving a number of civilians stranded at the airport. Only in the Congo. Two additional Air Congo planes promised for Gemena yesterday never arrived. People are there waiting to evacuate, people from Lisala and plantations as well as Catholic and Protestant missionaries. Tom radioed the word to Léo, using the lingo he loves: “That is two-seven uncle sugar missionaries in Gemena, that is golf echo mike echo november alpha…” Léo is getting mighty crowded with refugees and Uncle Sugar decided to get the two-seven out via Carbarn (Embassy Bangui).

Fortunately, the Gemena problems have given Dick Taylor the shove he’s needed to realize it’s time to get his missionary dependents out of Coq. While there—

(The letter breaks off here in mid-sentence. It’s picked up on the next page after we’ve evacuated and is dated Léo, Sunday 6 September 1964. It consists of accounts of intervening days.)

Next post: Fred warns the Andrés that the Americans intend to leave.