Recapping the backstory of these posts:

Just off a training tour with US Information Service in Brussels, Belgium, Fred Hunter was sent to a remote outpost in the northwest Congo, a town called Coquilhatville, the former capital of the Belgian colonial province of Equateur. His assignment: establish an American Cultural Center. After months of isolation, made bearable by a friendship with a Belgian couple, Jules and Thérèse André, he opened the center. 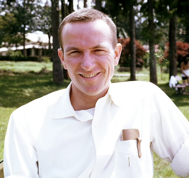 Shortly afterward, USIS decided that two officers should man all Congo posts. It sent, on direct transfer from the Philippines, a more experienced officer to take charge of the center. Tom Madison, as he’s called in this account, felt some surprise – frustration even – at being rusticated to a Congo backwater to supervise an enterprise that seemed marginal at best. However, he and his wife, who soon joined him and whom I’ll call Sally, were able to piggyback on the contacts I’d made, especially with the Andrés. By this time I had rented a house from the Andrés in the town center, across from the headquarters of the United Nations group in the Equateur.

Soon long-festering political unrest to the south burst into rebellion. The conflict was anti-government, anti-colonial, anti-American. It quickly engulfed the eastern Congo. Then Stanleyville fell to the rebels. USIS offifcers at the Cultural Center there managed to flee as the Simbas entered the city. The American Consul and Vice-Consul (CIA) remained in the town as diplomats, hoping to be treated accordingly. Instead, they were taken hostage, jailed and threatened with death.

Stan’s fall opened the door to the country’s northwest. The embassy installed single sideband radio transmitters in all branch posts, and Tom’s skill as a ham radio operator proved useful, linking us to the world beyond the Congo River swamps that surrounded Coquilhatville.

If the rebels’ ultimate objective was the capital Léopoldville, Coq was an obvious rebel target, the next large town on the way there. Geography made it dangerous. Only one road led in and out of Coq, from the south and east; the rebels would arrive on that road. They could easily knock out the airstrip by putting obstacles on the runway. That would leave only the Congo River as an escape route.

Rumors began to fly: that Coq’s fall was inevitable; that Congolese soldiers would run rather than fight; that a rebel fifth column was already infiltrating the town; that Europeans – as all whites were called – would face even more danger than four years earlier when in June, 1960, the Congo achieved independence. At that time violence led to panic and a wholesale flight of Europeans. We at the American Cultural Center did not want to get trapped in the town. But how real was the danger? Congolese soldiers could easily blunt the rebel attack by making a stand at Ingende where the road crossed the Ruki. But would they?

Feeling I was witnessing significant events, I made a record of them. The following posts, based on letters and notes, offer an account of what happened.

[In preparing these posts, I realize that some passages of the letters show a nastiness that does not reflect well on me. Some editors might excise them. But in times of extreme tension people get on each others’ nerves. That’s the case here. There seems no point in providing a memoir of stressful times, in which we don’t see people reacting to stress. So my apologies to my colleagues of those difficult times if these posts cause heartache or offense. It’s almost 50 years later. I hope the intervening years have been good to you.]

Hi,
Things have considerably changed since I last wrote you only three days ago. Thursday morning the DCCM started wholesale evacuation of its upriver mission stations. Tom Madison came in from Léo Thursday morning with John Mowinckel, the new Country Public Affairs Officer [the top USIS man}, and two military attachés. Evidently he and Mowinckel have agreed that we will evacuate if either Lisala [to the north] or Boende [to the east] falls to the rebels. But military intelligence indicates that there is no reason to believe that any rebel military thrust is planned into the province. As always, however, the ANC flees before rumors, pillaging, terrorizing villages, causing panic, distrust and anarchy, deepening the popular hatred of the Army.

Last night about 11:45 as the Madisons, missionary Betty Erlewine and I were playing bridge, we heard bursts of sub-machine gun fire coming from one of the communes. Today Army reinforcements were sent to Boende to restore order there after ANC withdrawal and pillaging. In Coq plans were made to round up and expel political agitators.

Governor Engulu was supposed to return to Coq on Bugsmasher, the Army Attaché plane that brought Madison, Mowinckel & Co. Paul Efambe, his Minister of Finance who acts as Governor in Engulu’s absence, came onto the tarmac, all rigged out in a wool suit and topcoat (it was chilly for Coq; I myself wore a long-sleeved shirt). No Engulu. Has he bugged out? The question hung over all of us, unspoken but obvious. You could see Efambe’s mind grappling with the possibility that he’s been left holding the sack. Rumors spread in town now that Engulu left here with ten suitcases. Lovely.

We assume that Engulu will appear in the next day or two.

I don’t know how thoroughly Tom went over with John Mowinckel the questions we raised in a rather long memo. Tom’s received carte blanche to do whatever he thinks will best serve US interests in Coq. Since we will not be getting any classified information (our communication facilities and our files do not permit us to have it), it’s nice to feel that we can go ahead with what we feel needs to be done.

Mowinckel’s a tall, thick-boned fellow of Norwegian stock with a budding pot-belly and an earthy manner. He’s got the build of a beer-loving lumberjack, a broad-hipped walk, his toes pointing sharply outward, his feet spread about a foot from each other. This is his first non-European assignment and he’s responding to Africa with zest. He kept insisting that I drove too fast as we toured beauteous Coq, kept marveling at the virility of the river, at the beauty of the pirogues on its beige surface at high noon (sunset’s the time!), kept talking about trying to get the REAL FEEL of Africa. He seems pleased with the challenges of the assignment. Also capable of making fast decisions and of making them himself.

I should perhaps sketch in for you (and for my record) some of the things that have been happening lately.

Wednesday evening as I was coming home, I stopped off at the post office to put your letters into the mail drop. As I got out of the car, a soldier about two-thirds my size came charging at me with a bayonet, the rest of him jingling with all kinds of equipment. “Nkena! Nkena!” he shouted at me. “Scram!” The bayonet must have been a foot long, and you don’t argue with it. Another Alpha November Charlie [ANC} came up and explained to my tormentor in Lingala that I only wanted to post a letter. I was then allowed to do this. When I got back into the car, my saviour took out a dirty handkerchief, opened it and asked me if I wanted to buy diamonds. What an outfit!

The bayonet business didn’t shake me up so much as it griped and depressed me. You keep asking yourself: “Why should we do anything for these idiots?” “Messieurs, nous voici pour vous aider!” cries the UN expert as he’s hacked to death with machetes north of Bukavu. Blatt! As anarchy grows, it’s increasingly difficult to see all this in the historical perspective, in long-range terms.

Radio Stan, now under rebel control, broadcasts regularly, unsettling the region and encouraging acts against authority and Americans. The rebels have threatened reprisals against Americans. An MEU missionary at Bolenge, Ron Myers, was warned by his houseboy to leave because “the people in Bolenge hate you and they want your possessions.” {Missionary] Henry Dugan found it rough going driving from Mondombe [station] to Monieka [station] by microbus last Wednesday. He was stopped several times along the way, once by a Congolese officer who ordered him to drive him to Coq. (“Vous êtes chargé de me conduire à Coq.”) As the guy was moving around the microbus to get in, Henry gunned it and bugged out. As he did, jeunesse ran out of the forest along the side of the road. Henry looked pretty shaken when I saw him early Thursday afternoon at the mission offices. It is not rebels so much as jeunesse (which has come to mean local bands of discontented youth and unemployed) that now menace the region – and, of course, the fleeing, pillaging Army.