Fred Hunter had the unusual experience of opening a USIS cultural center in his first full overseas assignment and evacuating it less than a year later. Readers of this blog may wonder what became of him – and of Coq – after his evacuation. Here’s an update.

Shortly after my second evacuation from Coquilhatville, I flew to Europe for some long-planned vacation: Oktoberfest in Munich with American friends, a reunion with my parents in Greece. (As a parent now, I can imagine how relieved they must have been to see me.)

I returned to Léopoldville in late October, expecting that I might return to Coquilhatville. Mercenaries had prevented rebels from entering the town. They had occupied Ingende at the ferry crossing of the Ruki and had pushed far enough along the road to Boende to prevent further rebel advances. But the rebels were entrenched in Boende. The State Department could not be convinced that sending an officer back to Coq made sense.

I made a trip of several days to Coq. During it I arranged for Jules André to manage the Center, paying employees and keeping an eye on the place. Jules was surviving partly on these kinds of odd jobs and this one was welcome in that it paid in hard currency. He also agreed to sell my car.

I tried to rekindle staff morale and re-establish a regular schedule of film showings in the Coq cités. I also fired N’Djoku Pierre. A USIS projector turned up missing after the evacuation. Eventually the Catholic priest who bought it returned it to the Center; we reimbursed him. N’Djoku had stolen before. I “let him go” on the basis that we were reducing staff.

A letter about the trip reports: “Stayed at the house in Coq, but took my meals with Thérèse and Jules. How incredibly generous and hospitable they are! I’ve never seen them happier together. I think the marriage may have found a new sense of direction in their having decided at last to leave Coq, in their having at last again something to aim at together after these hard times of drifting along wondering if they could take it. They laugh together a great deal. Jules seemed relaxed, even touched her affectionately now and then. They called each other ‘chou’ a great deal; I’d never heard that before. Nice to be in this atmosphere.”

Other Belgians were also leaving Coq. Delinte and Boudart were pulling out. Maitre Herman had already begun looking for legal opportunities in Léo.

In late November I was reassigned as the temporary Branch Public Affairs Officer in Bukavu, where I had first served in the Congo. The Center there was running well. Another USIS officer Paul Polakoff was publishing a daily bulletin, taken from Voice of America newscasts, a real service to the community. Bukavu had seen its ups and downs during the rebellion, but was now safe. The American officers in the town – State, USIS, CIA and military – took their meals at the home of Dick Matheron, the consul, and lived nearby. The house became a club of sorts with a convivial cocktail hour before dinner, quite a lovely BOQ, in fact. 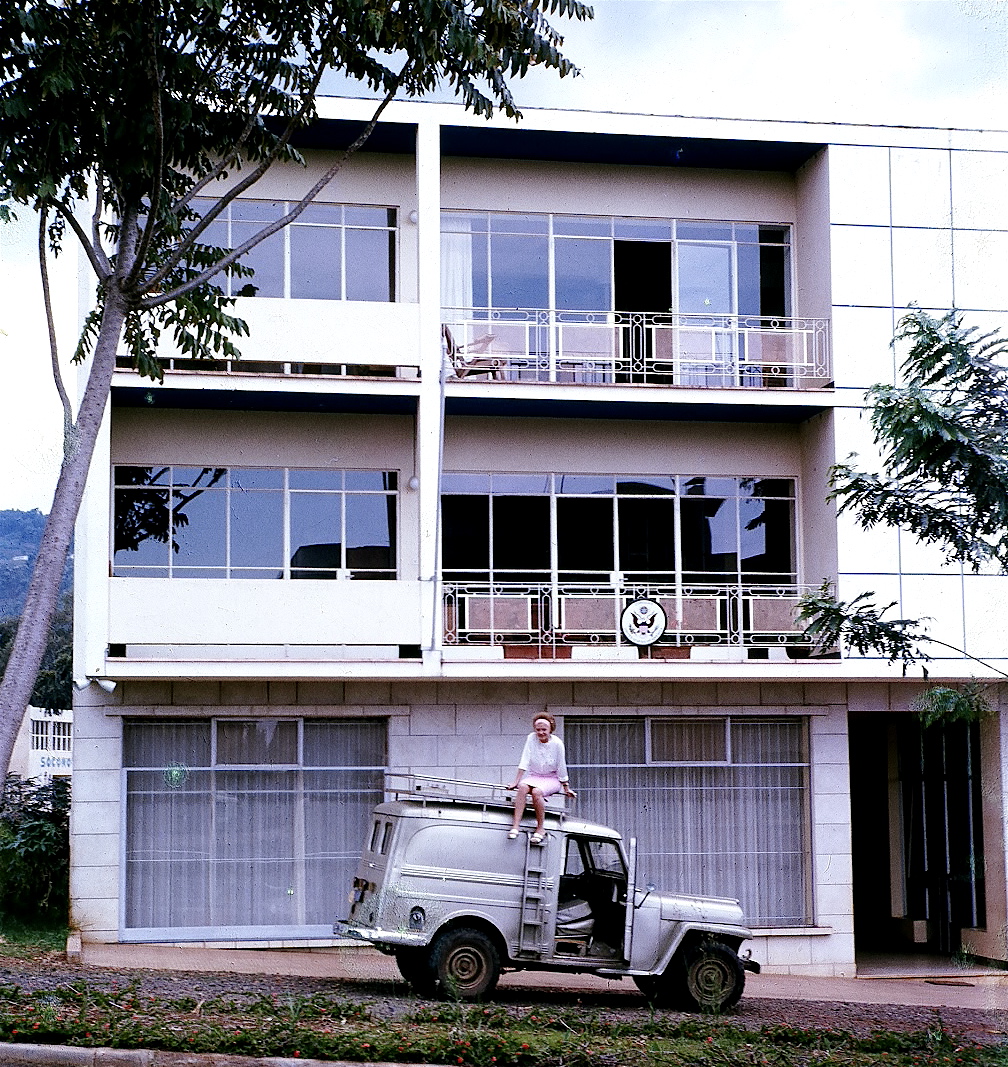 US government regarded the town as a war zone; American women could not be sent there. The house stood on a bluff overlooking Lake Kivu and off to the left, across the blue water, lay the peninsula on which the town itself stood. Across the driveway stood the CIA house where lived whatever men, moving in and out, worked for The Agency.

Outside of town some weeks earlier, trying to get info about rebel movements, vice-consul Lew MacFarlane had gone missing. Everyone assumed he had fallen into rebel hands and might be suffering unspeakable atrocities. Then one happy day he reappeared, hungry but unharmed. Roscoe, a young CIA operative, was certain that The Agency could do a better job of running the Congo than could the Congolese. He and I used to argue the point, I contending that, in fact, even The Agency hardly understood the tribal interweavings at play and could not possibly run the place.

The occupants of both houses used to gather for cocktails and dinner. The meal, prepared by Matheron’s cook, was often served around 8:30. A very cushy deal. Italian love songs would waft from the phonograph, exciting yearnings in men missing women. Occasionally guests of the consul would join us for dinner. Often with us was Père Angelo, a young Italian priest of amazing courage and of such virility that one could not help suspecting that the Italian adherence to priestly celibacy was of a different nature than most American adherence. A most unpriestly fellow, Angelo went up in American T-28 fighter planes, piloted by anti-Castro Cubans, and helped shoot up rebel strongholds to the south. He also waterskied.

If American women were not allowed in Bukavu, Belgian women were available to take up the slack. But even these were in short supply. Bukavu was a place where husbands seemed inured to their wives’ dallyings. Cuckolds and cuckolders socialized together. The Belgian woman, probably 35, who acted as the USIS secretary, was married to and living with one countryman, blind and disabled, and also the lover of another; he lived in their apartment.

One afternoon the US Army colonel and I paid a call on Mme Gaillard. She obligingly offered the colonel her opinions as to which women had adventures and which would satisfy the purposes he had in mind. (In fact, he did find une amie.) Mme Gaillard came to dinner at the consul’s house a few nights later, accompanied by her husband. As often happened in BOQs of that era Playboy magazines were strewn about the living room. Madame gave us a European woman’s opinions of American nudes. Of the Playboy offerings she opined, “Elles n’ont pas de belles poitrines” (“They do not have lovely breasts”). 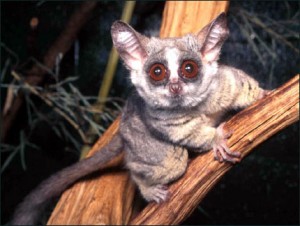 The favorite at the consul’s house during the casual times before and after dinners was The Bush Baby. As I recall, it had no other name. A bush baby is a small, nocturnal primate with extraordinary jumping abilities. While this guy was small enough to hold in your palm, he was too jumpy to be petted. While you were sipping your drink, he could easily land on your shoulder, arriving from who knew where. Of course, he was an object of delight. Not only for his jumping and flying abilities, but also for his love of the bottle. He would hop to the drink cart and lick the top of any whiskey bottle inadvisably left open. Once this inclination was detected, bottles were often left open to entice him. When the night wore on, he would stumble over to the bottom of the floor-length curtains and fall asleep.

TRAVELS IN AFRICA: The Crew at USIS Bukavu in the Congo, 1965