In June, 1970, Fred and Donanne Hunter headed to Ghana to cover what might be the last great exhibition of tribal ritual in Africa: the enstoolment of the Ashantehene. 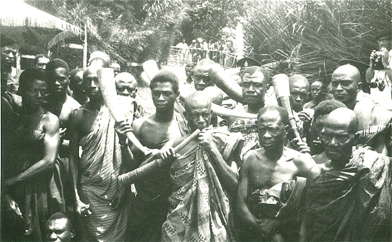 Enstoolment! One of the great tribal celebrations of traditional Africa, perhaps the last of its kind. The king of the Ashanti people, known as the Asantehene, reigns from a golden stool. According to tradition, the stool floated out of the sky one fine 17th century day covered in pure gold and landed on the lap of the first Asantehene, who unified the Ashanti people. Asantehenes are not “enthroned;” with great ceremony they are “enstooled.” I wanted to observe the enstoolment, a living relic of the time of tribal kingdoms.

Getting to Ghana was not easy. But the enstoolment was not to be missed. And it was hard not to feel affection for Ghana.

Expecting to spend several weeks in Accra, we made inquiries and got invited to a dinner party at the home of a US embassy officer. The talk at the dinner party was the gossip in the streets about the coming enstoolment. “When an Asantehene dies, you know,” one of the Ghanaian guests told me, “ritual murderers stalk the streets of Kumasi.”

What? This was not the sort of thing The Christian Science Monitor usually published, but it would certainly give color to my reportage. By now I had gotten books on the Ashanti Empire. I knew that it had flourished for a century and a half, starting about 1700, due to its trade with European merchants in gold and slaves. I had begun to line up interviews with historians and sociologists at the University of Ghana in Legon. But the idea of ritual murder had escaped me.

“There’s an Ashanti tradition of human sacrifice,” another guest added. “The Ashantis say the Asantehene never dies. Instead he ‘goes to his village.’”

“What that means,” a Ghanaian explained, “is that he passes from this life through a door to another one. It’s ordered just like the one he’s known here.”

“In the new life he’ll remain a chief,” someone else said. “He’ll still need servants to attend him.”

“In the old days sub-chiefs had quotas of people to kill to fill out the dead Asantehene’s retinue,” another person explained. “They preferred, of course, not to kill their own people–”

“Good of them, huh?” someone interjected

“– so they usually sacrificed slaves. Or went out raiding to get them. Sometimes they killed strangers who happened to be passing through Kumasi.”

“Don’t go into any dark alleys while you’re up there,” a Ghanaian advised with a smile. 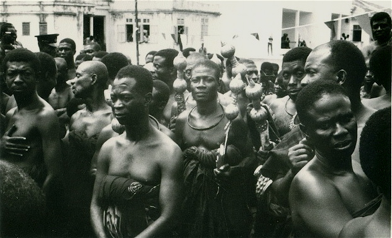 In covering the continent I had read and thought a great deal about African chieftaincy. While chiefs had not ruled all Africans in the days before colonialism, the institution of rule by elders, many of them chiefs, had been well nigh universal.

Now I read specifically about the Ashanti. In 1884, I discovered, the disputed succession to the Golden Stool of Asantehene Prempeh I provoked four years of intermittent strife. It threatened the cohesion of the Ashanti Empire, already under siege from British political agents. In 1931 the strife was only latent.

This year – 1970 – no succession rivalry had occurred at all. According to ancient tradition succession to the Golden Stool passed through the Oyoko matriclan. Why? Because Ashantis contended that one never knows if a chief has sired his own sons. But there can be little doubt about who a child’s mother is. So the Asantehene succeeds through the female line. This year a 51-year-old, British-trained barrister J. Matthew Poku, Ghana’s ambassador-designate to Italy, was nominated and elected. He chose the kingly name Opoku Ware II; it would serve as a reminder of the glories of the king who had ruled Ashanti from 1720 to 1750. During that time the Ashanti empire had reached its maximum glory. 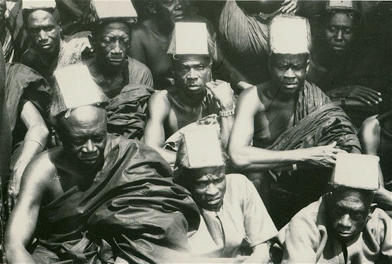 In the colonial era the British had made Ashanti a Crown Colony. Now the nation-state Ghana had absorbed it. Clearly the institution of African chieftaincy was in decline. But the substance of chieftaincy seemed to persist. Once they came to power, most of the new African leaders, although ostensibly elected according to Western norms, took on the autocratic trappings of chiefs. That seemed to explain why the continent had failed to develop politically beyond one-party states. Single party rule displayed outward forms of democracy – periodic elections, for example. But what persisted inside those forms very much resembled chieftaincy.