Fred Hunter visited Nigeria, Africa’s most populous country, several times while serving as The Christian Science Monitor’s Africa correspondent. In August, 1971, he spent three weeks gathering material for a Special Report the paper wanted to publish on Nigeria. The country had just survived the Biafran insurgency, the failed attempt of the Ibo people to form the country’s southeastern region into a separate nation-state. 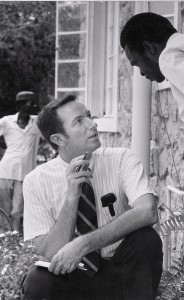 Nigeria is chaos masquerading as a country. It’s a hot, vital, noisy, invigorating and exhausting place. It is full of color, full of disparate ethnicities and languages, full of hubbub. It brims with vitality and contention. Everyone seems to be shouting.

In the south it can be a place of intense humidity and heat. Here dogs chase cats at a walk. A stroll through Lagos, the national capital at the time of this visit, quickly raises a skin of perspiration over one’s entire body. You have the feeling that some Yoruba god, intensely annoyed by the heat, simply emptied his sack full of jumbled buildings and houses and streets on the sand of Lagos Lagoon and let them spread across the creeks and islands, the long sand spits and even inland and take root there.

Nigeria is surely one of the most important countries of the continent, a place of immense human potential. It’s also a place of deeply ingrained corruption, a real brake on its development, and of ethnic rivalry so intense that it flairs regularly into violence and served as the basic cause of the Biafra war. Nigerians will tell you that one African in every six is a fellow countryman, that one black person in every seven is a Nigerian.

This country can be a very perplexing place to put together a special report. Attempting that is akin to running a kind of gauntlet. Even so, Monitor photographer Ed Pieratt, on his first overseas assignment, and I wrestled with the challenges in various parts of the country – with the humanizing help of my wife Donanne who was with us for part of the trip largely because we visited Nigeria on our return from home leave. We gave Monitor readers reports on not only politics and economic recovery, but also about culture, one of the strong suits of Nigerian life. Donanne did work on a piece about fashion, a not inconsiderable preoccupation in some quarters. I wrote pieces about a burgeoning film industry, about art work in the Nigerian Museum in Lagos, interviewed Ibo writers Chinua Achebe, Flora Nwapa and Cyprian Ekwensi and did an essay on the vagaries of the early explorations of an amazing early explorer Mary Kingsley. Ed provided photos where he could.

As I remember – and memory can be faulty, not that it matters much – Donanne and I flew from London into Kano in parched, Muslim northern Nigeria. There we joined forces with Ed Pieratt. Kano was the city where riots by the dominant Hausa-Fulani people of the North against the immigrant Ibo, the dominant people of Nigeria’s southeast, the region later called Biafra, left hundreds dead and sparked the tensions that led to civil war. Encountering Africa on one’s first foreign assignment – with cameras, exposed film and one’s own person to protect – proved daunting to poor Ed. The assignment confronted him with a particularly perplexing dilemma. Our Special Report on Nigeria required photos of military personnel. The war was over but soldiers were everywhere in evidence. Ed’s reputation at the paper depended on his ability to produce photos of soldiers. But photographing military personnel and installations was strictly forbidden. Ed did not want to add incarceration in a Nigerian military prison to his list of West African adventures. He finally nabbed such a shot on the sly and was able to relax somewhat. (Even so, when we left each other three weeks later, he said, “Nice working with you, Fred. Too bad it was Nigeria.”) 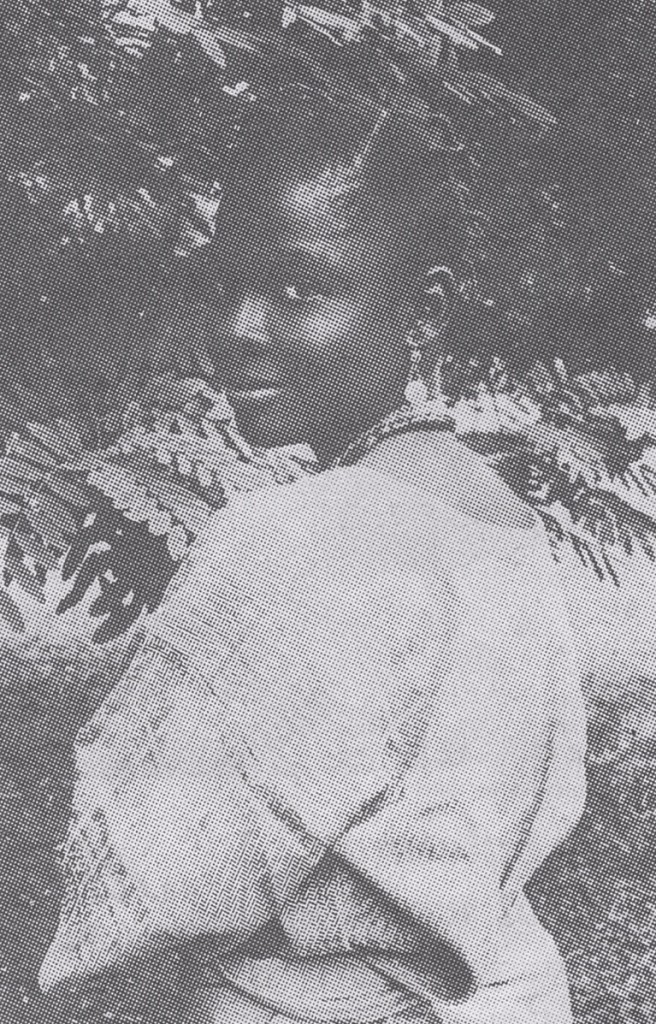 In Kano Donanne and Ed went off to the market at the edge of the city to watch caravans of camels arrive from their trek across the Sahara. Meanwhile, I applied in person at the palace of the Emir of Kano, hoping to secure an interview. The Emir did not see journalists and, although a peek into his palace and at the bureaucrats manning his administration proved instructive, I would have much preferred to observe camels emerging out of the Sahara.

At that time hotel space in Nigeria was always scarce. Donanne, Ed and I arrived together at the hotel in Kaduna. There was only one accommodation, a suite. We immediately took possession of it. Ed slept on a couch in the parlor; Donanne and I shared the bedroom. A happy arrangement – better than wandering the city looking for other places to lay our heads. However, the expressions of the hotel staff suggested that they took us for a ménage-à-trois.

In Kaduna Donanne and I were invited to a cocktail party to greet the newly arrived American consul. A tall, handsome Nigerian, gleeful in the pink agbada that accentuated the dark luster of his skin, greeted Donanne in an immaculate Oxford accent. “Hello,” he said. “I’m the local witch doctor.” It’s hard not to find such people attractive and charming. They can make you laugh. 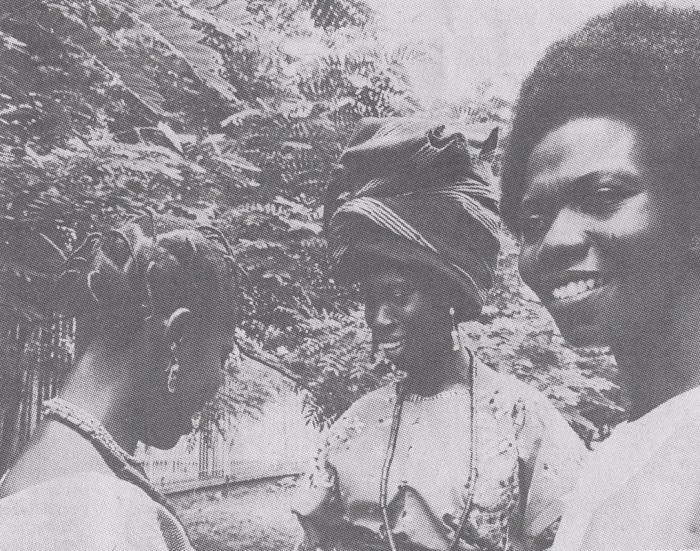 From Donanne's fashion piece: hairstyles of the time

After getting the fashion piece, Donanne flew to Nairobi to set up the first real home we were to have there after two years of itinerant residency. Ed and I flew from Lagos to Onitsha on the east bank of the Niger River in Iboland. That was partly because I wanted to visit the Onitsha market, famous in the literature of Ibo authors as one of the wonders of West Africa, if not the entire world. It is a place – at least according to legend – where literally anything can be bought. It struck me, in fact, as being just an enormous African market.

It was there, however, that Ed and I began what turned out to be the quintessential Nigerian experience.