TRAVELS IN AFRICA: A Journey into Parenthood #2, Kenya, 1972

Fred and Donanne Hunter were living in Nairobi, Kenya, his base for covering sub-Saharan Africa as a correspondent for The Christian Science Monitor when they decided to start a family.  Donanne offers a two-part account of having a baby in 1970s Kenya. 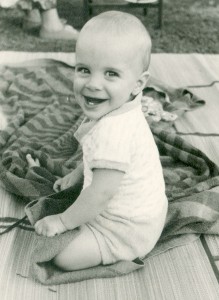 On Sunday, May 28th, Fred and I went to the Norfolk Hotel attracted by their famous Sunday specialty, the fabulous curry lunch.  Ever since then we’ve maintained that that memorable (and spicy!) meal prompted what followed. Early the next morning something very strange happened on my way to the bathroom.  My waters broke.  I woke Fred with mystified squeals.  What an exciting moment!  He jumped out of bed and rushed to my side.  We laughed and looked at one another knowing our journey as parents was about to begin.

After breakfast we drove to the two-story hospital surrounded by gardens and beautiful tall trees.  I was checked into a labor ward with four beds.  Two were occupied, one by an African woman who was soon taken off to the delivery room, the other by an Asian woman whose husband was at her bedside and who, like me, was having her first child.  (In fact, the Asian woman had a very difficult 19-hour labor.  I heard her cries into the morning hours and even after my own baby had arrived.  Her child was finally delivered by Caesarean section.  Later when we talked, she said the doctors had told her she was not to have another child for at least two years.  I saw her again – less than twelve months later.  We exchanged greetings in a shop.  I was surprised and saddened to see that she was very pregnant and seemed bewildered by this turn of events.)

For most of a quiet day I rested, read, prayed and thought.  After nine months of preparation and anticipation, I was overwhelmed with a desire to greet this child I loved so much!  But, I wondered, was I really ready for parenthood?  This signally important occupation!  Suddenly here I was, about to be a parent with next to no experience with children.    As a teenager overseas I had done minimum babysitting.  What if we had a boy?!  I’d had virtually no experience with boys.  The one time I’d sat for the Bentley’s four children in Bethesda. MD, their little red-headed charmer, Stevie, had propelled himself down the stairs and crashed head first into the front door.  Fortunately, his parents hadn’t yet left for the evening.  And fortunately, Stevie, being “all boy,” was much less shaken than I was.  Surely the fact that I knew next to nothing about boys would be taken into account by the powers that be! 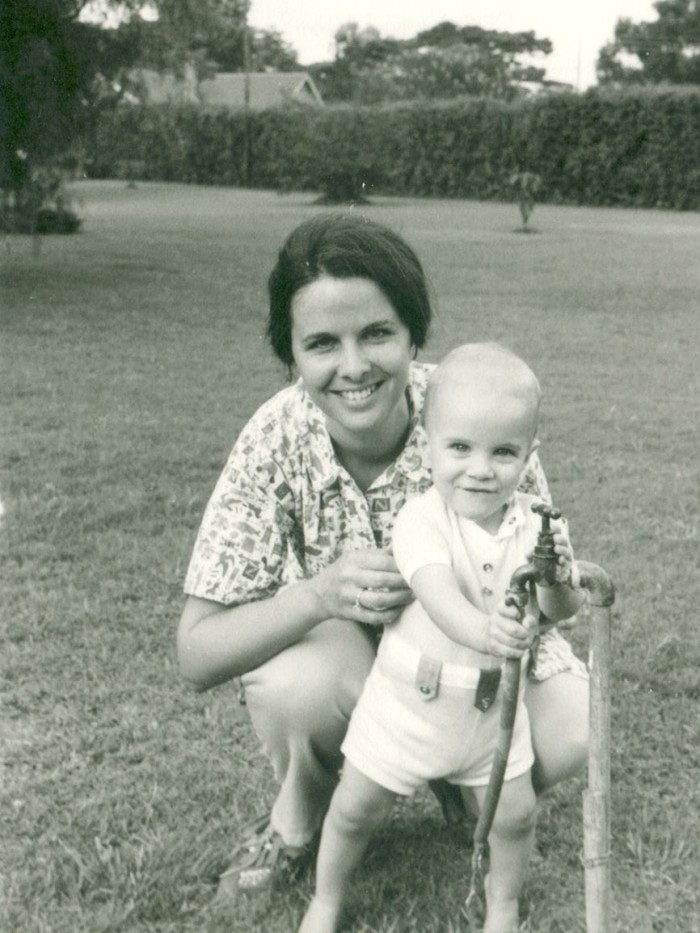 Surely we – Fred and I here in Nairobi – were imminently to welcome into our family the young lady “Annefred.”  An-ne-fred.  Three syllables.  That was the name I’d finally settled on for a girl.  A combination name like mine.  She would carry on the tradition my grandmother had begun with my mother, Tommyanne, who was named after two people but they were family friends, not parents.  She’d always had to explain her name.  It was complicated.  That’s why she made things easy for her daughter.  “Don for my Dad and Anne for my Mom.”  So logical.

My second choice was a variation on the same theme using the first syllable of my name and the last of Fred’s: Dondrica.  Fred, who was to name the boys, was amused and patient with my “name-calling.” He laughed heartily when a friend suggested that we name a daughter “Dred.”  I wondered: Did that describe the emotion lurking behind his wry smile?

Pondering further “the boy question” I remembered an incident at one of my early birthday parties in Berkeley, CA.  It was when I first thought I detected a difference between the mothers of boys and the mothers of girls.  Several of the boy guests had disappeared from the celebration on discovering that the upper bunk in my bedroom showed great promise as a fort, and they did not respond to a request to rejoin the party.  It was then that my Mom enlisted the aid of her friend Corinne, mother of boys.  From my six-year-old perspective, both Corinne and my Mom were infinitely wise, kind, unflappable and lovely.

Now, some (more than???) twenty years later, staring motherhood in the face, I realized it must have been Corinne’s quiet confidence, based on experience, that won over the occupants of the fort and brought them back to the party.  Did “confidence” come with the package, I wondered now.  Would I have “experience” when it was needed?  I comforted myself with the thought that this was indeed a journey and not a destination.  The three of us would proceed one step at a time.  And we would gain confidence and experience along the way. 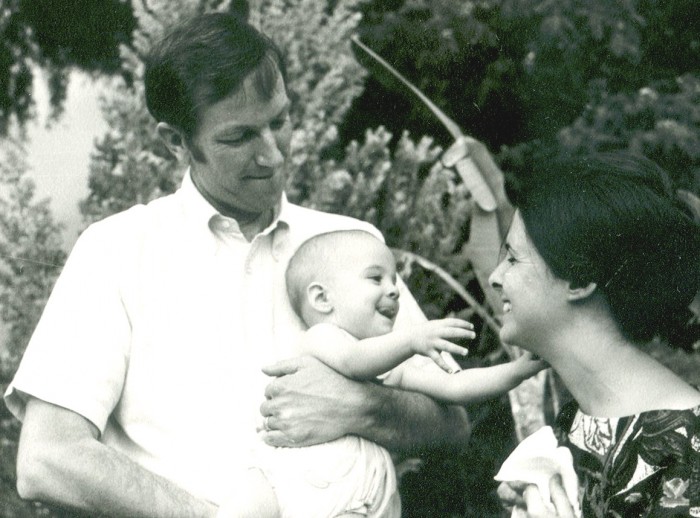 I thought with a Mona Lisa smile about the first time I had felt the baby move.  It seemed magical – a gentle flutter.  And the time – in church – when the first kick sent a pamphlet to the floor.  I also reconsidered a story told to me by a young nurse several months earlier in South Africa.  She had been called, along with a doctor, for a home delivery.  When they arrived all birth activity had ceased.  Chatting with the mother-to-be, the nurse had inquired about the nursery.  She was told that it wasn’t yet ready.  The nurse remarked that as soon as the nursery was prepared for occupancy the baby would arrive.  Several weeks later when the nursery was complete, the nurse and doctor answered the call to return and this time the baby came.  Was I ready?

Next post:  More from Donanne on having a baby in Kenya

TRAVELS IN AFRICA: A Journey into Parenthood #3, Kenya, 1972