Fred Hunter covered sub-Saharan Africa for The Christian Science Monitor in the early years of the ‘70s.  Here’s the fourth of several accounts of a trip to Southern Africa before independence swept the region and everything changed.

The first part of the trip had taken Donanne and me not only to South Africa, but to countries peripheral to it, places like Rhodesia and South-West Africa (as they were called then), like the Bantustans of Transkei and Kwa-Zulu and into the tiny, independent Sotho enclave of Lesotho.   Now we were headed to Mozambique.

We flew from Johannesburg to Lourenço Marques (now Maputo), capital of the Portuguese colony of Mozambique.  A lovely hotel, the Polana, and a couple of slow days of reading, writing, appointment-fixing and swims in the hotel pool.  Little could be done, aside from talking to US diplomatic sources, until my presence was officially authorized by the Governor-General.  Once it was, Donanne and I were taken north to visit the Limpopo Colonata Scheme where we saw schools and houses.  The Portguese officials seemed not to know for sure what to do with an American journalist and his pregnant wife and the American journalist was not real sure what was happening.  After lunch at a pousada overlooking the Limpopo, we were asked if we would like to take a siesta.

The next day I flew north via Beira to Tete alone to take a look at the construction of the Cabora Bassa dam, a giant development project, athwart the Zambezi.  In a letter to my parents I described Tete as “an unspeakably crummy little place.”  It had been transformed into a construction site with the raw feel of a mining camp.  I lodged at the Hotel Zambezi, my room at which my log describes as “one of the worst ever stayed in.”  Fortunately Donanne was left to luxuriate in the splendid Hotel Polana. 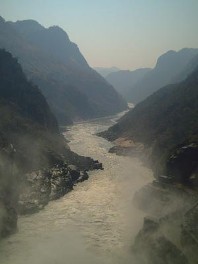 The site of the dam was rugged, beautiful, sited on a tongue of territory that thrust itself between Rhodesia and Malawi toward Zambia.  There off a hot, rolling plain rose abrupt mountains, cloud-cooled, unpeopled and green.  Among them plunged valleys and gorges.  In the deepest of these the Zambezi surged through the Cabora Bassa gorge, the narrowest in the river’s 1600-mile route from its Angolan headwaters southeast to the Indian Ocean coast.  The colonial government considered Mozambique an overseas province of an integrated, globe-circling Portuguese nation.  The liberation movements opposing that government regarded the dam, made feasible by South African finance and its energy markets, as a device to consolidate white rule in southern Africa.

After I returned from Tete, we rented a car and drove into Swaziland, another tiny tribal country like Lesotho, where I made no attempt at interviews.  The visit lasted only a few hours.  The recently opened Holiday Inn at Mbabane then enjoyed a reputation for glamour, intrigue and “swinging” (the term of the time).  Unlike South Africa where romantic contacts across the color line were illegal, inter-racial dating was permitted there.  That a Holiday Inn should be racy seemed far-fetched to us; in the States we regarded them as mainly functional.  But of course the journalist must check out such reports.   At mid-afternoon, too late for lunch, too early for dinner, we found the Inn and its bar-sandwiches neither glamorous nor intriguing.  In fact, our main concern, besides checking off another country, was to cross back into Mozambique before the border closed and we had to spend the night in the car.  We shirked Swaziland, but got through the border in time.  I never was able to use Swaziland as a dateline which I could legitimately have done.  But – alas! – there was no time to concoct a report on Holiday Inn sandwiches.  On to Madagascar! 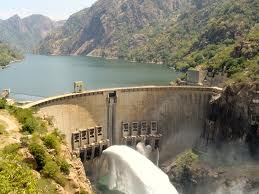