TRAVELS IN AFRICA: A Journey into Parenthood #4, Kenya, 1972

Fred and Donanne Hunter were living in Nairobi, Kenya, his base for covering sub-Saharan Africa as a correspondent for The Christian Science Monitor when they decided to start a family.  Donanne concludes her accounts about having a baby in 1970s Kenya.

At about 4:00 a.m. I was told to push a little harder and suddenly I felt the baby slide quickly into the world.  I heard the doctor say, “It’s a boy!”  I heard myself exclaim, “Good heavens, it’s a boy!”  And I heard the jubilant entry cry of Paul Robinson Hunter, named – in Kikuyu tradition – after his paternal grandfather.

I watched as a nurse took Pauly off to weigh him and make him presentable.  Fred came into the room to congratulate me on Herculean efforts and to tell me how clever and magnificent I was.  When the doctor finished her work, I was rolled down the hall for a first meeting with our son.  There he lay, a precious little bundle all wrapped in white, his beautiful, sweet head visible.  His gray-blue eyes observed me with a calm seriousness.  Looking into them I felt so humble, as though I looked into the depths of wisdom.  But now that we had met, I suddenly felt a great need to sleep.

Several hours later after we had napped – he in the nursery and I in my new private room – a smiling nurse brought him to me.  Then graciously she left us alone.

I held this tiny bundle of dearest boy close to me and we had our first good chat.  I told him how perfect and beautiful he was and he looked at me quietly, sweetly earnest.  After a bit I got brave and placing him on the bed unwrapped him to view his whole self.  I admired his completeness, his exquisite fingers and toes.  Never before had I seen a newborn – except in movies where they are red and wrinkled and prunelike!  This child was well-formed, finely featured and alert.

But when I realized the bundle was mostly blanket and saw how tiny he was, I panicked.  I rang for the nurse to help me rewrap him lest I inadvertently cause some sort of damage.  I recalled my Mom’s story of her leaving my Dad to babysit his infant daughter one afternoon.  He faithfully stayed at my side but never touched me fearing I might break!  Babies are made of sturdy stuff, I now assured myself, and together we would discover strength. 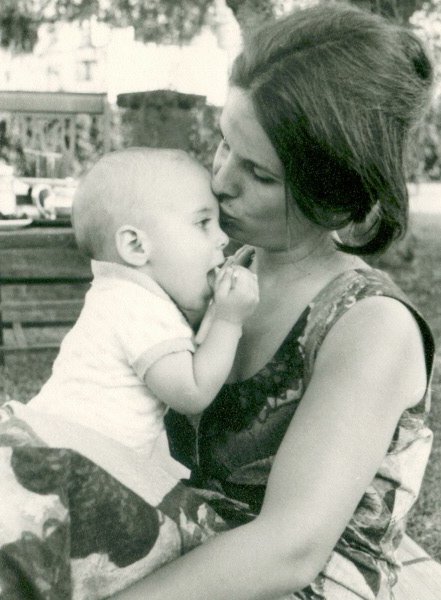 Nairobi Hospital required new moms to stay for a week.  The routine was both educational… and social.  The educational portion had its difficult moments.  I soon got the hang of it, but not without shedding a few tears in frustration the second afternoon.  I’d been told to take two salt baths a day, but while the hospital had a rule, it did not have the salt.  Once again I padded down the hall to phone Fred.  Within an hour he appeared with a sack of salt from the local market.  As I slid into a relaxing bath, things began to look much more hopeful.

I was soon instructed in the fine art of baby bathing.  Then when my milk came in, I received lessons in how to feed the baby.  This was not like the movies either!  In the beginning it was exceedingly and uncomfortably NOT fun!  But as the days progressed so did we.  Also there was the routine of feeding me.  It began each day with a cheerful awakening to morning tea at 6:00 a.m., followed by breakfast, lunch, afternoon tea, supper, all delivered by friendly African staff.  When the supper tray was removed, the bouquets disappeared into the hall for the night.

I grew quite fond of the social aspect of the hospital routine.  Baby showers were not the custom in Kenya.  Instead, friends arrived to visit.  With freshly shampooed hair and dressed in my prettiest peignoir set I sat in bed, on a comfortable doughnut pillow, like a queen holding court.  Along came a happy parade of friends including “the world press” and their wives bearing gifts for the baby and flowers for his mother.  How delightfully civilized to chat with visitors and let them glimpse the new arrival!  And to have room service bring in the next meal!   The first visit, mere hours after the baby arrived, was from Ted, Ursula’s English husband.  He arrived smiling behind a huge bouquet and a teddy bear.

The most memorable educational and social activities of the week were, of course, getting to know Pauly.  I noticed his little changes.  His face filled out slightly and his skin got a lustier, pink-cheeked hue.  I thought him exceedingly handsome with his dark hair and ears that snuggled close to his head.  Though he occasionally exercised his lungs, unlike some of his cute little “dorm” mates he tended to observe, when awake, rather than to cry.   He was definitely the one for us.

And, thanks to Kenya’s socialized medicine, the baby was a real bargain.  The entire nine months, the delivery and a week in a private room cost us less than US$100. 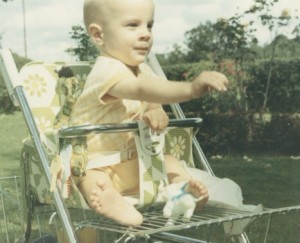 Now it was time to go home.  When Fred fetched the baby and me after our seven-day residency, the trip across town – our first journey into parenthood – drew to a close.   We drove up to the Riverside Paddocks bungalow in our Datsun sedan and the “staff” – that is, Laban, a Kikuyu – came out to greet us grinning his approval that, in Kikuyu tradition, we had named our first-born son after Fred’s father.  With Laban stood Murugi, the ayah/ washerwoman I had asked Laban to find for us.  Among other chores, she would iron the baby’s “nappies” to make sure they were completely dry.

As we left the car, Pauly began to cry.  I felt confused: What was I supposed to do?  Fred laughed from embarrassment.  Murugi stepped forward and reached over with a sweet, knowing smile to shade Pauly’s eyes from the strong sunlight.  The crying stopped.  We all smiled together at the best souvenir there could possibly have been of an African trip – the trip that had just ended and the journey that had just begun. 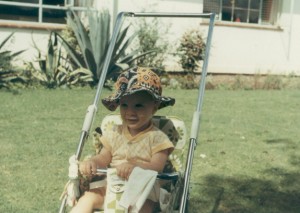 TRAVELS IN AFRICA: A Journey into Parenthood #3, Kenya, 1972