Donanne and Fred Hunter found life a little different after the arrival of heir son Paul in Nairobi.  Here are their accounts of how it was:

From Donanne: In a letter home I wrote: News Flash! Since we’ve been in Kenya, Time, Newsweek and Voice of America have all had babies – the first for Time and Newsweek – and now Time is expecting its second in September.  With the Monitor catching up, all of the major U.S. publications in East Africa have offspring.

The arrival of a baby at our house naturally changed the way we lived.  Our parenting “bible,” My First 300 Babies,” advised us to put Pauly on our schedule rather than burdening him with the task of dictating the rhythm of our lives.  But, of course, he woke for a feeding in the middle of the night and sometimes the three of us sat together enjoying this quiet family time.  He was a patient and adaptable addition, soon happily “entertaining” himself when he awoke in the morning. And as far as I was concerned, each morning was like Christmas – full of wonder.

The cottage was ample, but small, so Fred found a small office in downtown Nairobi.  Murugi now became a member of the household several hours a day, joining our trusted Laban to wash and iron and babysit. And while I went off to learn Swahili, I soon realized that Pauly was “learning” Kikuyu as he responded to Murugi’s sweet smile and gentle voice. On Sundays we were just three.

As planned, when Pauly was three months old and we had established a sort of family routine, my folks Don and Tommyanne Ralston eagerly returned to Africa (for the first time in twelve years) to become acquainted with their grandson. My diary notes: “They arrived at Embakasi [Airport] at 2:20 a.m. We all went down to meet them, Pauly in the converted flower basket from Nairobi Central Market.”  For some of their three week visit they occupied our little guest room at Riverside Paddocks with its charming woven Nigerian bedspreads, a room overlooking the capacious backyard. A room that otherwise housed the playpen and its cheerful, growing occupant, who several months later climbed out, over the bed beside the window and pulled himself up to look upon the view.

After a couple of nights at home – on one of which we introduced my folks to thirty church friends at a dinner in the garden – the five of us headed off on our first safari together to Samburu in the Northern Frontier District. And even though it was quite hot, we made a discovery: Pauly liked to travel! So, after a few days back home during which we had our friends from the “world press” for a dinner party (which I could never have done without my parent’s expert Foreign Service party-giving talents) we set off again. First stop en route to the coast was an overnight at Amboseli’s tented camp where monkeys got to the morning tea tray before we did, but not to the baby!

That was exciting enough to make the following night in Tsavo’s Ngulia Lodge more restful.  My diary notes that I watched the sunrise on Kilimanjaro as I nursed P, both of us being satisfyingly “fed”.  And finally we arrived at Ocean Sports Watamu on the beach in Malindi where hot chocolate cake awaited us at teatime.

Nearing the end of their visit we discussed names for the new grandparents. Babu (grandfather in Swahili) was a sure thing but for the time being the decision for my mom (the Swahili names for grandmother nyanya and bibi did not quite fit) was suspended.  She eventually became Babu Tom. 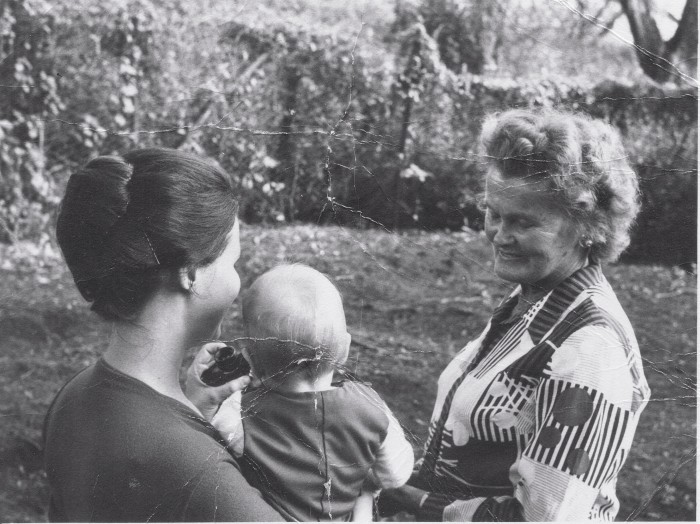 From Fred: After Pauly’s birth I did almost no traveling for the rest of the year.  Turmoil in Uganda – a thwarted invasion and the mass expulsions of Asians – kept me busy for the Monitor.  Questions of personal security in Uganda encouraged journalists to cover those happenings from Nairobi.

At this time I was also able to do some of the non-reporting writing that refreshed me.   I had come to journalism from aspirations toward playwriting.  Although I found the correspondent’s job stimulating and challenging – who wouldn’t love the job of dancing on the pulse of history? – still there were times when I needed the pleasure of a different kind of writing.  Working on the “Who Is Murugi?” essay gave me that opportunity while also providing Monitor readers with insights into Africa.  While I was in Nairobi for the paper, its Monitor’s Home Forum page, which offered readers literary essays, published six or eight of mine.

My diary shows that I had also started a story, triggered by the trip to Madagascar.  Originally called “The Liberian Envoy’s Daughter,” it explored the situation of a young South African journalist who bursts out of the confines of his apartheid culture by doing some coverage with the island nation.  It had, in fact, explored better relations with South Africa.  It was later published, renamed “Madagascar,” in Africa, Africa!, a story collection, published by Cune Press.

The diary also shows that I was typing up a copy of The Hemingway Play. I seem to have sent it from Nairobi to Arthur Ballet at the University of Minnesota.  From his academic aerie, Ballet worked manfully to place new plays into theaters that might be interested in them.  Sending the play from Nairobi was a long shot, of course.  I put my brother’s address on it and hoped for the best.

Another project of this time began when I received a phone call while Donanne was still at Nairobi Hospital recuperating from Pauly’s birth.  It was from Joy Adamson.  She suggested that I join her and some friends for lunch at the New Stanley Hotel’s Thorn Tree.  I had never met Joy and was delighted with the opportunity.  She wanted publicity for her Elsa Clubs – Elsa being the lioness hero of her Born Free – in the Monitor

This began a relationship that lasted several months.  Joy had a reputation of being pushy, demanding and difficult to work with, qualities not expected of women in East Africa, not even of world personalities.  Joy had certainly reached that status with the immense success of Born Free, first as a book, later as a movie.  I did not find her hard to work with.  But then she wanted something I had: access to the Monitor.

When the time came for her to meet Pauly, she was enchanted with him.  She had had no children of her own.  It took no great psychological insight to understand that Elsa and the other animals she rehabilitated were children of a sort to her.  At the time we met she had already raised both Elsa and Pippa, a cheetah cub, to adulthood and written about them.  She was very desirous of acquiring a leopard cub, raising it and writing about it as well. 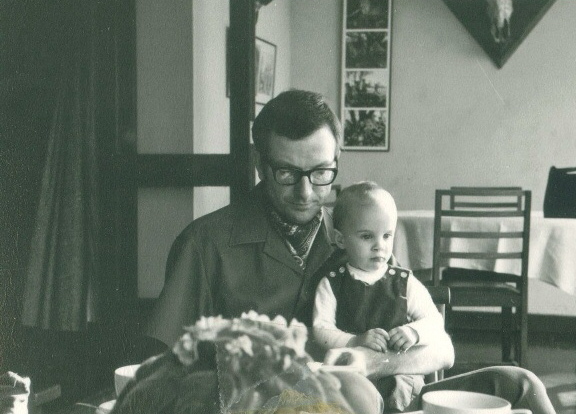 In fact, she was very fortunate in acquiring a cub.  I remember meeting her shortly afterwards.  She had gotten the cub from a game warden in Nairobi.  She placed the cub inside an airlines flight bag and zipped it almost completely closed so that the cub could not escape.  She made a stop to do an errand.  When she returned, the cub had suffocated.  When I next saw her, she was almost beside herself with grief and self-condemnation for having allowed the cub to perish.  Fortunately, she later acquired another leopard cub and succeeded in raising it to adulthood.

If Joy was eager to have the Monitor publicize her Elsa Clubs, I saw a coup for the paper in getting her to write an article for it.  I do not recall whether she wrote the article and I extensively reworked and edited it or whether I, in fact, wrote the article.  She invited Donanne, Pauly and me to her lakeside home at Naivasha to work on the piece.  Under her byline the piece appeared virtually full-page on the first page of the paper’s second section on October 17.  I imposed upon my brother’s good nature to write a small piece about the Elsa Clubs; it appeared on the lower right corner of the same page.

So our routines changed after Pauly joined the family.  But by some welcome serendipity I was able to pursue writing projects that offered a change from standard reportage.