If Fred Hunter did not take many trips outside of Nairobi for a time after his son’s birth, it was partly because the story out of neighboring Uganda deserved coverage.  To explain why he – and others – did not race up to nearby Kampala to do the reportage requires some detailing of the backstory.

In early April, 1971, more than a year earlier, the “World Press,” as we called ourselves with pretentious hilarity, traveled to Kampala for the funeral of Sir Edward Mutesa, the 35th Kabaka (king) of Buganda and the first president of Uganda.  Although he had died in poverty two years earlier in London, the funeral of a Kabaka, even if tribal kings had been abolished, was one of those African rituals that journalists wanted to cover.  In modern Africa, such rituals might be disappearing forever. 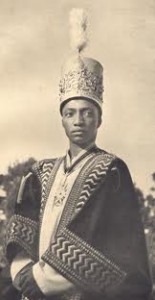 One of the fellow journalists I met there was Russell Warren Howe.  I had known Russ’s work since the time I joined the Monitor.  That was because Russ was one of the paper’s Africa stringers, probably the most prolific one.  Russ served as a stringer for several news organizations and I marveled at his ability to report on the same event in three or four different dispatches, for, of course, he had to offer each organization original copy uniquely crafted for it.  Russ was a pro at this and made it work for him.

Mutesa’s funeral took place at the instance of Idi Amin.  Amin had ousted Ugandan President Milton Obote three months earlier, in January, when Obote had been foolish enough to leave the country to attend a conference.   With Howe I covered the arrival of Mutesa’s body at the Parliament Building and portions of the service for him at Namirembe Cathedral.  I phoned a story to Group W (Westinghouse News) for which I was by then doing occasional radio spots.

At some point during this trip the “World Press” met with Idi Amin.  My recollection is that we journalists sat on a wall (perhaps it was benches) and tossed questions at General Amin and some of the half dozen fellow officers who accompanied him.  Among the assembled journalists were Howe, Andy Jaffe of Newsweek, Stan Meisler of the Los Angeles Times, Kit Miniclier of the AP, several Brits, Phil Short who free-lanced out of Kampala for the London Times and other British news organizations, and Nick Stroh.  The American Stroh had decided to try his luck as a free-lancer and felt he would be better positioned in Kampala than in Nairobi where most of the rest of us Americans based ourselves.

Amin had been in the army for 25 years, rising from assistant cook to the officer ranks under the British.  A year or two after independence in 1962 he became Deputy Commander of the Army.  He had been the Ugandan light heavyweight boxing champion for a decade, was a good swimmer and a fine rugby forward.  He had an easy camaraderie with men.  Our q & a with him and his officers was like a barracks-room bull session.  I recall that at one point he said, “If you don’t believe me, ask this man,” pointing to one of his officers.  I asked the officer if what Amin had said was true.  He, of course, asserted that it was and we all laughed.  I thought to myself: “What are you doing?  This is probably not the place to be a smartass.” 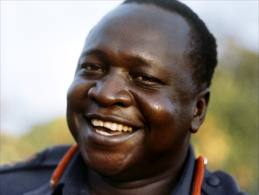 Amin gave a generally favorable impression of himself.  He seemed more like a jovial, burly, hard-drinking master sergeant than a head of state.  However, his allowing the remains of Mutesa to be returned for ceremonial burial placated the Baganda people.  Harmonizing tribal tensions was a must for Uganda governance.  Obote had not succeeded in doing it.  Amin appeared to be off to a good start for whatever he intended to do.

After seizing power, he had, of course, given the pro forma assurances that he was a soldier, not a politician; that the military government would be a caretaker until elections could be held; that elections would occur when “the situation” normalized.  Such assurances were part of the coup drill.

As time passed, however, Amin did things that made us wonder about him.  He forgot about elections and named himself Head of State and Commander-in-Chief of the armed forces, no surprise on either count.  He announced his desire to marry Princess Anne of England, a pronouncement intended to tweak the Brits and to please his supporters, both of which it did.  He made the beautiful Ugandan Princess Elizabeth of Toro a kind of temporary consort, not exactly harmonizing Uganda tribal tensions.

We of the “World Press” heard whisperings that things were not progressing well in Uganda.  What exactly the problems were, I at least did not yet know.

Donanne and I returned to the States for home leave that July.

During our leave Kampala-based free-lancer Nick Stroh and a friend, Robert Siedle, a lecturer at Kampala’s Makerere University, drove out of the capital to the far reaches of the country.  They interviewed a Lieutenant Colonel Ali, the local army commander, about some matter they were investigating, possibly tribal tensions in the military.  The story goes that they – or at least Stroh – made threats to Ali about exposing something sensitive if he did not cooperate with them.  It sometimes works to threaten American mayors or other officials.   It’s a dangerous game in Africa.  As Stroh and Siedle drove away from the interview, their vehicle was overtaken.  They were killed.

What Amin and his people were doing in Uganda remained an important story.  But it was one that it behooved journalists to be careful in reporting it.