After almost 30 years Donanne and I were returning to South Africa.  Why?  Because we wanted our son Paul who would be joining us to see the great animals of Africa before professional life made that impossible. To our delight the country’s social system had entirely changed.

While Paul spent the afternoon getting his wooden hippo mailed back to the States, Bill, Donanne and I responded to a newspaper ad for a West Cape Action Tour of former township areas on the Cape Flats: Pinelands, Athlone, Langa, “Joe Slovo” and “Europe.”  We did not mean to go slumming.  But we thought it advisable to see South Africa from a non-tourist vantage point.

Booysen, our tour leader, seemed very eager for the work.  Probably he needed the job.  Short, stocky, middle-aged, with a roll of fat at the back of his neck, a scar along the right side of his jaw, he said he had two colors on his arms, the first his natural color, the second a blue caused by Security Forces burning both forearms.  He arrived an hour before the time we designated and wolfed down a deli sandwich Donanne gave him.

Booysen told us he was an ex-commando commander of the MK, the collection of anti-apartheid guerrilla units, under the leadership of the ANC and the Communist Party that mounted attacks against the minority government.  MK stood for Umkhonto we Sizwe (the Spear of the Nation).  He expressed anger with the way things have turned out for ex-MK fighters.  He thought Mandela had been led down the garden path by the white government and felt that those who had put their lives on the line for freedom should have a greater share of its fruits. 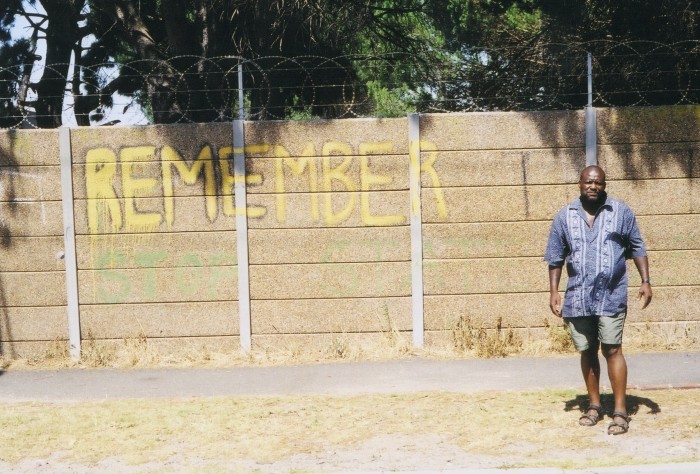 Booysen at a place where a Security Forces atrocity allegedly occurred

He drove us to the places where, he said, Security Force atrocities had been committed.  He walked us through slum lanes where people coming in from rural areas were living in desperate straits, hoping to advance themselves and probably wondering if they had.  Did we want to see a home?  Of course.  He took us into the home of a woman whose husband, Booysen said, he (or his unit) had killed.  He seemed to have confessed this at a session of the Truth and Reconciliation Commission.  I was appalled – at this manner of demonstrating to us the horrors of the times, at our complicity in examining it in this way, at the woman’s complicity in accepting Booysen’s tip.  Clearly Booysen was no Sunday School pupil, a rough character who had done some rough things.  He was now trying to make an honest living informing tourists of what the past had been like.  At the conclusion of the tour he took us to a kind of open industrial garage where an African was selling ingredients for African medicine. 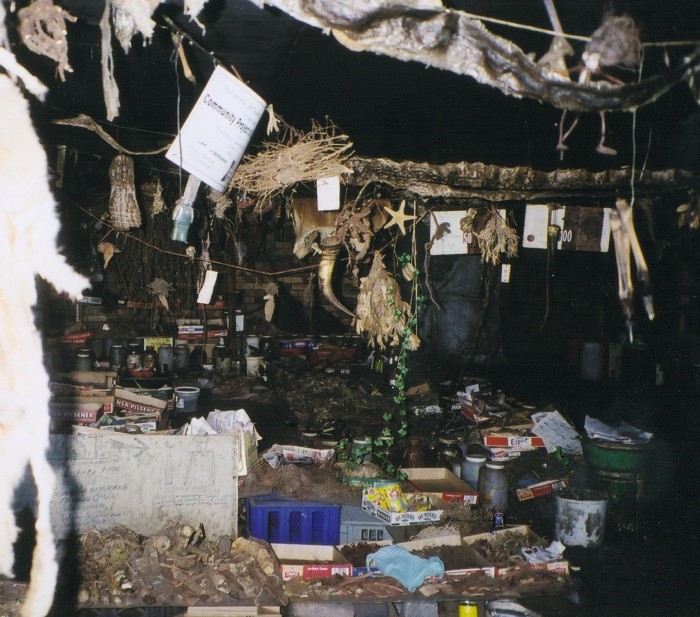 The Rite-Aid of African medicine: ingredients on display

Returning from the tour, I felt uncomfortable about what we had done, what we had seen.  But surely that was the point of the tour.  It was better, was it not, to know about this sort of thing than to remain in ignorance of it?