The next two posts are quite different from the customary fare of TRAVELS IN AFRICA.  No photos, my apologies for that.  The posts concern contacts with two unusual white women who were serving as elected officials in a country where the black majority had finally come to power.

First the back story.

After almost 30 years Donanne and I returned to South Africa, a country I had covered as a correspondent for The Christian Science Monitor.   Though no longer a reporter, the journalistic habits revived with opportunities to chat with two unusual people: Dene Smuts, a member of Parliament, and Gillian Noyce, an old friend now serving as a councilor in the Durban municipal government.  They were both – extraordinarily – white women elected as post-apartheid officeholders.

The first post starts with the background and observations of Dene Smuts. 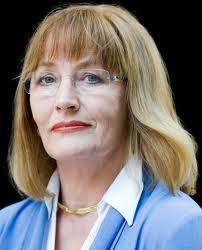 Hearing we were planning a trip to Cape Town, Sallie Parker, a woman to whom a friend introduced me, said I must look up her American Field Service foster daughter who was a member of Parliament.  Dene and I arranged to meet for tea at the Mount Nelson Hotel.

While Donanne, our son Paul and his high school pal Bill went onto the Mount Nelson Terrace, I waited inside for Dene Smuts.  She had described herself over the phone as tall with dark hair.  A tall, youngish woman with dark hair to her shoulders sat down on the couch beside me while I waited.  Finally I leaned over and asked, “Are you Dene Smuts?”

“How could I be Dene Smuts?” she responded with a kind of astonishment.  “She’s twenty years older than I am and I haven’t got anywhere near her brains.”

We began talking.  She turned out to be a photographer, trained as a journalist, now specializing in child photography, portraits.  Donanne joined us.  The photographer lived in Stellenbosch, was recently divorced and had three kids – 7, 3, 1.  As for the new era, she was pleased not to have to explain to her children that some people could use certain beaches but not others.

Dene Smuts – obviously a well-known personality, as the photographer’s reaction confirmed – arrived with her son Mark.  He was to graduate in two days from the University of Cape Town in electrical engineering.  We went onto the terrace for tea, Dene instantly taking charge.  She’s a dynamic woman, 45-50, with blondish hair down to her shoulders, as tall as the photographer (to whom I presented her) but not nearly as model-thin.  She wore a brown pantsuit, attractive, with a blouse and sandals (toenails painted red).  Mark wore a tee shirt and shorts.

Dene’s quite used to meeting new people, to taking charge of an environment.  That was fine with me.  She was giving us her time at a moment when doing a good turn for Sallie Parker may not have been convenient.  We pushed two tables together for the six of us.  Dene seated herself with her back to the garden. Mark sat on one side of her at the end of the table, I on the other side.  Bill sat next to Mark, then came Donanne, then Paul, all looking out into the garden.  We ordered our various teas and Dene had coffee.

She said she had grown up in the Orange Free State, an Afrikaner heartland.  Went to Stellenbosch University where the cream of Afrikanerdom has traditionally been trained.  Worked for a time as a journalist, editing and doing features for a magazine.  Got into politics at a time of change, entering Parliament in 1989.  She’s a member of the Democratic Party, an heir of the old Progressive Party of Helen Suzman and Colin Eglin, although it’s my impression that many parties have come and gone, many short-lived party alliances have been made and fallen apart during her time in politics. She recalled the inauguration of Parliament, when she first became a member, for on that occasion President F W De Klerk committed an act of extraordinary political courage.  He announced that apartheid had failed; it could never produce the separate development it promised.  That was the beginning of apartheid’s end.

We asked about AIDS.  She and Mark thought 10% of the population were infected – about 4 million.  That was a likelier figure than the 35-40% Bill suggested.  We agreed that AIDS is not visible to the visitor and less in the Cape than in a province like KwaZulu where the infection rates are higher.  Dene bemoans the AIDS approach of President Thabo Mbeki – whom she portrayed as aspiring to be a “philosopher king,” speaking occasionally in Shakespearean discourse.  (She’d much prefer a nuts-and-bolts, deliver-the-goods-to-the-people kind of guy, one felt.)  Mbeki refused to permit government policy about AIDS to acknowledge a link between HIV and the disease.

[At the time of this writing Mbeki has been replaced by Jacob Zuma about whose intentions and qualifications commentators express much uncertainty.  The heady days of Mandela-led idealism have been replaced by an African National Congress (ANC) government which, lacking a strong opposition, has slid steadily toward corruption.]

According to Dene, in the western Cape the Democratic Party had been administering provincial AIDS policy in this, its heartland, and distributing to pregnant women a drug, provided free by the manufacturers, which cuts transmission of AIDS from mothers to babies by 60%.  She was very frustrated that Mbeki’s attitude makes it impossible for these drugs – which, she kept underlining, were available without cost – to be made available more widely.  AIDS and HIV, of course, involve the loss of people during their peak productive years and the resultant dilemma of someone – it’s not clear who – having to take over the upbringing of hundreds of thousands of orphans, more orphans than extended families can handle.  Are state-run orphanages the answer?  If so, does the state have the resources to provide and staff them?  The consequence of doing nothing will only be a generation involved in more criminal activity.

I asked about Mugabe and problems in Rhodesia/Zimbabwe.  Dene felt that Mugabe was smarter, certainly craftier, than Mbeki and always outmaneuvers him in international forums.  She thought Mbeki – whose background is in diplomacy – would always prefer a behind-the-scenes presence  to open confrontation (which she seemed to feel was worth a try).

Dene saw Mbeki as desiring to make his mark on a bigger scene than merely South Africa: Security Council, UN.  So he could not alienate African countries.  Dene suggested that Mandela preferred Cyril Ramaphosa for the Presidency once he himself stepped down.  Ramaphosa, she said, was very good at nuts-and-bolts, deliver-the-goods politics.  “But Cyril comes from a small northern tribe,” said she.  ANC is seen as a Xhosa organization – to some as Xhosa Nostra.  Presumably Mbeki, a Xhosa, was preferable to many ANC people and, as Dene pointed out, Mandela has always been a reliable party man.

We talked about corruption and incompetence and about out-migration.  This is not merely a matter of white flight, but of competent black professionals being lured away – nurses to Australia, for example – and happy to leave because the crime situation is so entrenched, so disturbing.

I asked Dene if the recent murder of Marike DeKlerk terrified whites.  Mrs. DeKlerk, the former President’s ex-wife, had been murdered in her apartment only days before, apparently by a former guard in a robbery attempt gone badly awry.  Dene observed that whites were already terrified.  But the murder did confirm their sense of how difficult the crime problem was.  Dene said Marike was “very right-wing,” had made “racist statements” in the past and was, I take it, a rather pathetic person, a woman who could not change when change was the order of the day.  (Dene is herself a woman who has successfully coped with – and grown beyond – a failed marriage.)

We asked Mark about his relationships with African students.  He said that in his first years at University of Cape Town – he apparently did three years in a UCT residence, his last year at home – the Africans in his residence had preferred to segregate themselves; they lived together, a trend we’ve also seen in the States.  More recently, however, they’ve gone back to mixed living. As for his class work, he said that his professors kept everyone so busy – apparently with team projects – that students were forced to work together.  Acknowledging that blacks came to UCT with a different kind of preparation than did white students, Mark praised the consistent hard work of the black students and expected to have continuing relationships – at least professional ones – with some of them.

We left the Mount Nelson after about an hour and a half.  Generous of Dene to make time for us in the run-up to her son’s graduation and a testament to the connection with Sallie Parker.  I’m not sure what Dene expected of us.  Perhaps she was curious to meet a screenwriter.  As we walked together to her car, saying goodbye, she said, “I’ve never met a screenwriter before.”

I was feeling back in the saddle as a journalist.  I said, “Now you have.”

Next post: Meet Jill Noyce, a councilor in the Durban municipal government