Richard Matheron served as a US Foreign Service Officer in a number of African countries (Cameroon, Democratic Republic of Congo, Burkina Faso, Madagascar, Ethiopia and finally as US Ambassador to the Kingdom of Swaziland).  Here is Dick’s account of visiting Victoria Falls.

I am reminded of our visit to Vic Falls in 1980 just a couple of weeks at most after Zimbabwe got internationally recognized independence. Kay and I had driven from Swaziland to the Great Zimbabwe ruins, Harare, Lake Kariba, Lusaka, and Livingstone in Zambia before driving across the bridge to Vic Falls back in Zimbabwe.

I recall arriving at the border post on the Livingstone side and finding a long line of cars waiting for their passengers to be processed by the Zambian exit officials. We got in line wondering how many hours it might take to get through (much like the Tijuana/San Diego border crossing nowadays). Within a short period, some Zambian non-official told us that we should just move up to the head of the line. We demurred at first because we felt that he was saying so only because we were white.

Within a few minutes (seconds perhaps), we decided to take advantage of the proposal. Maybe it was because we had diplomatic plates of Swaziland on the car and even a gold Great Seal of the United States on the passenger and driver-side front doors. I was driving the official chief-of-mission car. Almost needless to say, we passed the other cars without a peep of protest from the Africans all the way to the checkpoint. After a cursory look at our passports, we passed rapidly through, over the bridge and into Zimbabwe again. I don’t recall any delay at the Zimbabwean border post, and soon we were at the Vic Falls Hotel.

Standing tall and erect on the front steps of the hotel was a door man in tails and a top hat.  He was so impressed by the new car (imports to Zimbabwe of foreign vehicles, even from South Africa, had been forbidden for years by UN sanctions.) that he insisted we leave the car right in front of the hotel. No need to move it, once unloaded, to the parking lot. So, we took him up on the offer. 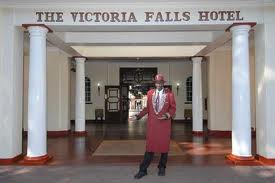 That evening while on a sundowner cruise on the Zambezi our tour boat was passed rapidly by a motorboat full of white Rhodesian wedding revelers. They looked drunk, and several of the guys “mooned” us. Everyone had a hardy laugh and thought no more of it.

The next morning when we went to get into the car, we discovered that it had been very badly and obviously purposefully scratched (probably with keys). The doorman was abjectly apologetic, almost in tears when we approached. Apparently, the white Rhodesian revelers had seen the Great Seal of the US on the doors and had vented what was likely their anti-American resentment in that way.

The hotel management called the police to investigate. I recall two — one black, one white — tall policemen, both looking as if they had been cast by Hollywood. They came to take our deposition. They both expressed sorrow at what had happened. We were invited to press charges.  I recall telling them that we would not ourselves do so, and that is the end of the story. 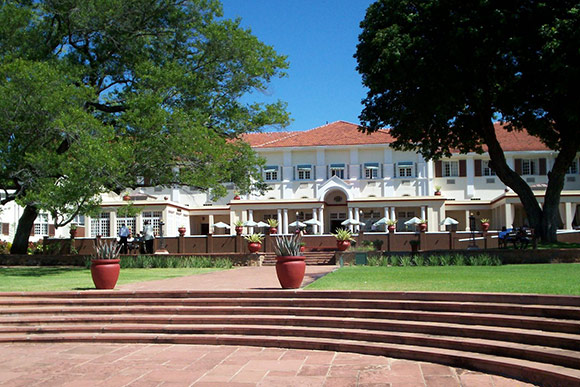 Next post: A USAID officer is offered an unusual gig by the Mayor of Nairobi.