Inveterate traveler Margie Hamlin and her photographer husband Hank have made a number of trips to Africa.  Here Margie relates the story of what happened when a roadside beggar heard a different reaction to her pleas.

On a trip to Kenya a number of years ago my husband, Hank and I had an unusual encounter with a Masai woman at a gas station in Narok. She came to me beseechingly with outstretched hands saying, “Shillingi, shillingi!” wanting money. I have found that learning the word for “friend” (rafiki) in the language of the country is one of the best preparations for travel one can make.  I said, “Sina shillingi, ninataka kuwa rafiki yoko!” (I don’t have money but I want to be your friend.) 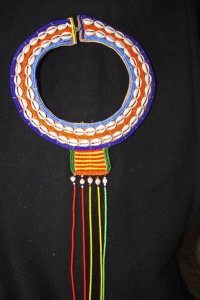 Her expression immediately changed to one of pure joy as she grabbed my hand and led me to her little shop up the dirt road.  There she showed me her beaded necklaces and bracelets, trying them all on me.

When I heard Hank honking from the gas station, I indicated that I needed to go and took off her lovely beadwork.  She insisted on putting a beautiful necklace back around my neck, saying over and over “Zawadi” (gift) and then, pointing to me, “rafiki” (friend).  We hugged goodbye after Hank took a picture of us together and I thought that was the end of a precious contact.

But a sequel occurred the next year when our eldest daughter went to Kenya. She took with her the photograph taken of us at the filling station.  Locating the same roadside hut, she showed the photo to Maria, who burst into tears, hugging our daughter and put a beaded necklace around her neck, assuring her that it was a gift to “Zawadi” rafiki yangu” (my friend).

I tell this story because there is yet another sequel. Another daughter and granddaughter recently returned from Kenya where they carried that same photo taken more than 30 years ago at the gas station. The gas station is now gone, Narok is a large city instead of a small village. There were curio shops on the paved streets going in every direction. 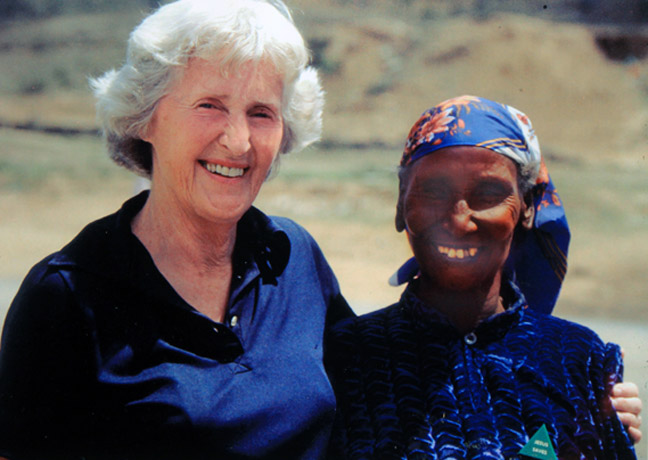 Our daughter went into a nearby Masai bead center and showed the picture to the vendors, all of whom looked carefully and said, “There are thousands of Masai here.  We don’t have any idea who this is.  But wait a minute.  The owner of this shop has been here for many years maybe he remembers her.”

When they brought him out, he saw the photo and exclaimed, “That is Maria, my neighbor!  She doesn’t work any more.  She is about 100 years old.”  Our daughter gave him a copy of the photo to take to her and wrote our names and e-mail addresses on the back. He promised to take it to her.  But when they stopped by later in the week, they learned Maria was out of town.  But they would deliver the picture when she returned.  The End?

Several months later and to our great astonishment both our daughter and I received e-mails from Maria”s daughter (obviously educated in English) saying what it meant for her mother to get the picture and that she remembered me very well! 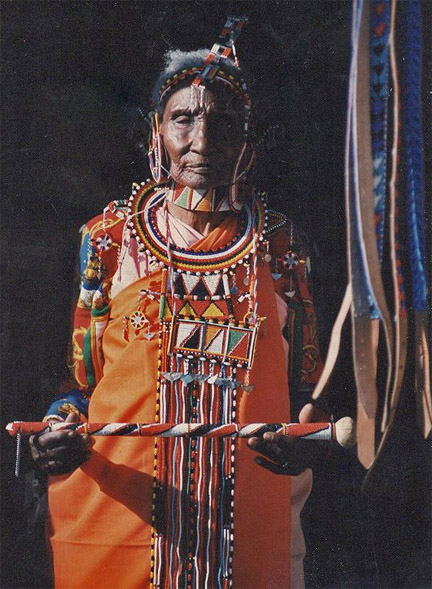 Maria at 100 in her full Masai regalia

We have sent more pictures of our family and three e-mails have come from Maria’s daughter, whom we have never met.  She translates what her mother is dictating to her in Masai.  From her we read such things as, “We like you come back again, because we are so happy of you. We count you as part of our family members.” The last e-mail from her contained a current picture of 100-year-old Maria in full Masai garb.

One small contact, thirty years later, is a lesson about the timelessness of friendship.

Next post: Come visit the Omukama’s royal hippos in Uganda.

Fred Hunter has written a short memoir of his experiences in the eastern Congo 1963-1965 and Amazon.com has published it.

CONGO TALES offers five memoirs and a story from a United States Information Service officer’s experiences in Bukavu in the eastern Congo in 1963/1965. His chief Congolese employee, a rascally wheeler-dealer and ladies man, takes him on film shows in outlying communes. In a jungle town he encounters a 20th century Rip Van Winkle. He meets a sophisticated American academic gone gaga over Africa; escorts a New York journalist to see an African king; and against instructions dances off on a game-viewing safari that has dangerous results. A year later, with both the Congo and he himself changed, he returns to a Bukavu still dealing with the aftermath of rebellion.  Only about a third of the contents have appeared in TRAVELS IN AFRICA.

To check it out, Google www.amazon.com/books.  Enter CONGO TALES.  Et voila! I wanted to offer the book free; $0.99 seems to be as low as the sales price can go.  Take a look.  It’s available world-wide.  Let me know what you think. 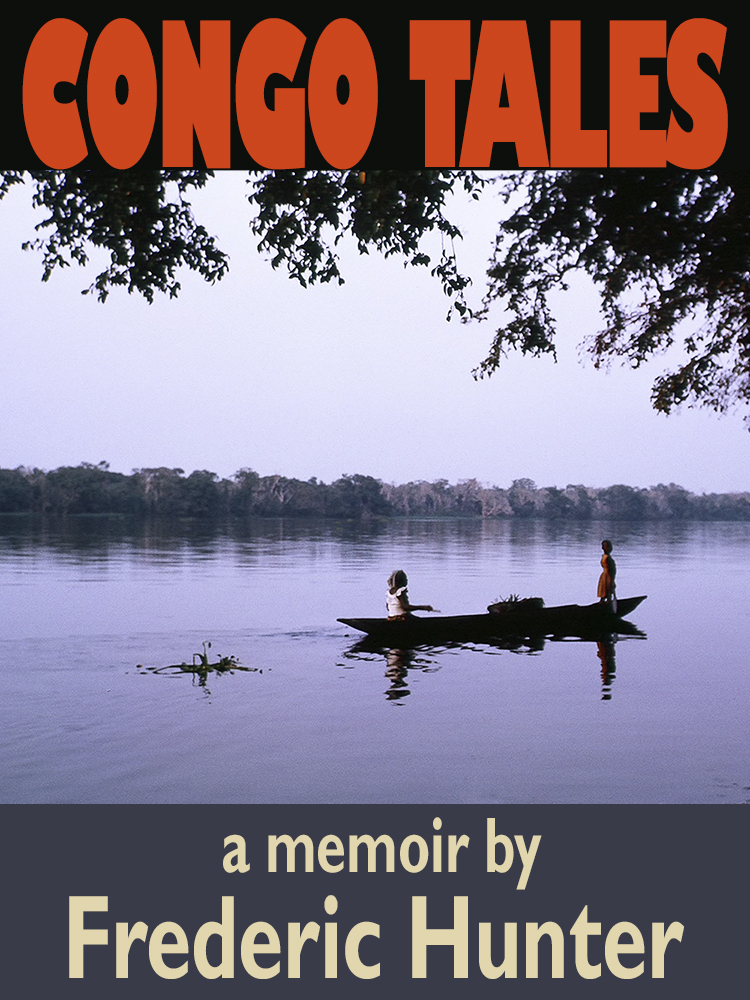