Bob Baker had a long and varied career with the US Information Service: five years as an intelligence analyst; overseas posts in Uganda, Mali, Britain, Germany and Australia and a variety of stateside jobs.  Here he talks about great contacts in his first overseas post.

While in Washington, when I was an intelligence analyst on African affairs, I did favors for John, a young Ugandan diplomat, First Secretary at his embassy.  We met at an embassy party.   We became pally enough for him to call me from the U.N. occasionally. John would ask me how Uganda should vote on whatever U.N. issue he had to deal with but did not know much about. I always suggested he vote in a way consonant with Ugandan rather than American official interests. 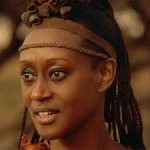 John gave me an introduction to his cousin in Uganda, the young Patrick Bagaya, King (Omukama) of the Toro tribe.  Patrick had been called suddenly from his studies at Sherborne, a top British secondary school, to assume the throne when his Dad died unexpectedly in 1965. He was twenty-one years old when I met him. He was funny, smart, friendly, good looking and had a strong British accent. Patrick sometimes made fun of my “Ammmurrican” accent. By then I was a Foreign Service Officer stationed in Kampala, Uganda.  His Dad and he were well off thanks partly to the copper and salt mines on Toro tribal territory. Patrick was chauffeured around Kampala in a sky blue Mercedes flying his royal pennant (rampant gold lion on sky blue field) attached to the front right fender. Two burly Toro warriors always sat in the front seat. They wore dark blue business suits with a bulge under each breast coat pocket, concealing a pistol. They always got out of the car first to look around before Patrick climbed out of it. I loved to get a lift in his car.

One weekend we had an outing to Patrick’s hilltop palace in Fort Portal.  His sister, Princess Elizabeth Bagaya, accompanied us.  The palace was a day’s drive from our home in Kampala. That’s when I met the royal hippos.  Princess Elizabeth’s long, slender brown legs slanted sideways up against the back of my car seat. She and one of her retainers were riding in the cramped back seat of my white Corvair.

At the time, there was political tension in Uganda.  The Kabaka, the king of Buganda, had just been driven out by President Obote’s Army. They shelled his palace in Kampala, killing thousands, mainly women and children.  The Kabaka fled the country. 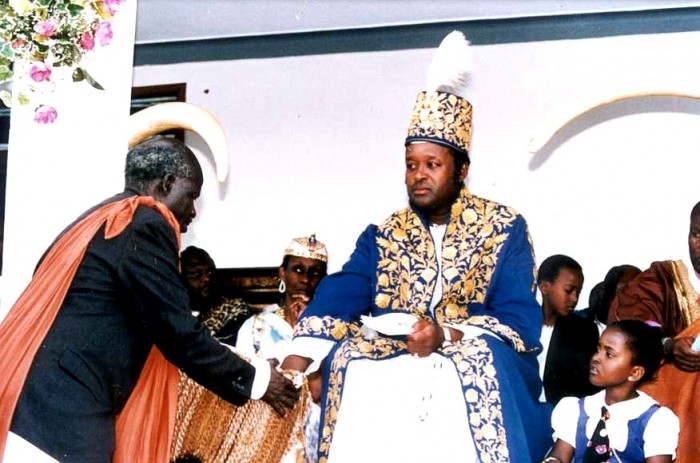 King Patrick Olimi of Toro at his second coronation

Patrick came to my Kampala house often for drinks or meals with his sister, Elizabeth.  She modeled for Elle and Vogue. They had that kind of golden brown skin and aquiline nose of the Hamitic tribes who came down the Nile centuries ago and conquered much of East Africa.    Traditionally, Elizabeth was the Batebe (Queen Sister), the King’s major advisor, although still always in the background. She had been to Cambridge and became a barrister at the Inns of Court in London. My wife helped Elizabeth to prepare her first legal brief for an Asian law firm in Kampala.

Before our trip to his Toro palace, I savored the exotic scenes in Patrick’s “Palace” in Kampala. It was really just a big rambling colonial house and garden. However, on the days when he held formal court, he sat wearing a beautifully cut Saville Row suit, in judgment for his tribe on a throne in his drawing room. As an honorary European, and the only white man I ever saw attending during Patrick’s court days, I sat on a chair. Everyone else, perhaps fifty people, had to sit on the floor in his presence. That included my wife.  Patrick held court literally as King in the old style. His tribal petitioners fell to their hands and knees at the entrance door to the throne room and crawled up to his throne, touching their foreheads repeatedly to the floor as they advanced. When they reached a respectful distance, they stayed on their knees, but raised their upper bodies and gave their pleas for justice. Patrick considered, and then rendered his verdict. The pleader then bowed his head, touching it to the floor repeatedly as he retreated backwards to the doorway and left the room. I absolutely loved it.

After King Patrick had heard all the petitioners, he rose and led the way to the dining room. A giant buffet was set on tables: tons of matoke (mashed yellow little bananas–the Ugandan potato), whole chickens, sides of beef, soft drinks, vodka, beer, Johnny Walker (Black Label), etc. The feast was for the room full of tribal elders who had crowded the throne room and for the petitioners to dig in. Waiters carried around more drinks and deserts at the end of the feast.  These judgment days were frequent to make sure the tribe got justice from their King, as many of his Toro tribesmen lived and worked in Kampala, including the Minister of Education and the Chief of Police.

We arrived just before supper at Patrick’s real palace in Fort Portal. It was modern, built to impress, rising on the highest hill in town. It imitated the traditional round form of tribal huts but was a couple stories high and of concrete. Our bedroom was off an open second floor corridor that ran around the interior of the whole building and looked down onto the big central throne room. A lion skin with the head on top covered Patrick’s throne. Two white, 12-foot high elephant tusks towered on each side of his throne. Several steps ran up to the throne.

We had a great supper at a big refectory table attended by servants in white gowns, red caps and bare feet. As in Britain, coffee and port or brandy were served afterward in a side room.    His Dad, the previous Omukama had probably furnished the palace, all in heavy, dark, turn of the century ebony or teak highly polished furniture and big, fancy lamps. I noticed amid all the British furniture, an ashtray made of black plastic. It lay under a big old lamp on a heavy table. It was in the shape of an automobile tire. It had emblazoned on the tray dish, in bold, white letters, “Michelin.”

At dawn the next day, I jumped out of bed when a loud drum boomed and someone just outside the palace began howling very loudly. I looked out to see a tall, muscular man in a loincloth hold a giant bronze spear out in front of him to catch the rays of the rising sun. He cried out a blessing in the Toro language at each of the four points of the compass, as he fed the sun’s power from the King to his people in the village below. Wow, a powerful, ancient Toro custom. You could see why his people approached him back in Kampala on their hands and knees touching their foreheads to the floor.

After breakfast led by Patrick in his Landrover we drove in my Corvair to see the wildlife on Lake George. When we reached the lakeside pier, the park rangers were Toros in snappy khaki uniforms. They bowed down to touch their foreheads to the ground to welcome their King and, smiling very happily, led us aboard a 30-foot launch painted white, with gleaming golden floorboards.

It was a glorious day as we sped out onto the sparkling blue lake and around the shores where crocodiles slid into the water. Pink egrets and brilliant green, yellow and blue parrots flew around. Riotous colors of wildflowers hung down from thick green tropical vegetation.    We saw a herd of huge hippos floating in the water not too far from shore. I leaned over the side to take pictures as we came closer and closer to the great beasts. Just their heads and backs were visible above the water.  It was a thrill seeing them so close.

Patrick said something to the helmsman and the launch turned toward a hippo 50 yards distant. Our boat kept going perpendicular toward the beast’s floating back. The hippo finally noticed the launch heading toward it and began to sink under the water but not quite deep enough before the launch passed over it. The Toro crowd looked back as the hippo resurfaced in our wake. It had a white slice of fat running across its gray/brown back from our keel cutting it.

Patrick, Elizabeth and the crew roared with laughter and the boat headed for another hippo. Same thing. I was astonished and speechless. It happened again. I had the presence of mind to urge Patrick to direct the launch toward the shore where I pretended to see some animals in the thick underbrush. He told the boatswain to do that. We left the hippos behind with their white stripes and continued our tour, me much shaken. After the launch returned to tie up, we had a picnic. Then, Patrick took off for his Palace while I drove Elizabeth and my wife to see the glorious mountains. We joined him on the way back next day to have our pictures taken at the Equator, him, my wife, Elizabeth and me on the way back to Kampala.

President Obote later drove Patrick and Elizabeth out of Uganda along with the other tribal kings. I was already assigned back in Washington. Elizabeth, with a couple female relatives, came to stay at our house a few weeks before she could get on her feet. General Idi Amin overthrew Obote. Elizabeth returned to Uganda and became Ambassador to Washington and then Foreign Minister before Amin was overthrown.

Patrick and his sister were bright and charming, like most of the Africans I met. So were the Asians and the Brits teaching or working in medicine, etc.  I remember the glittering water, the still dignity of the hippos. 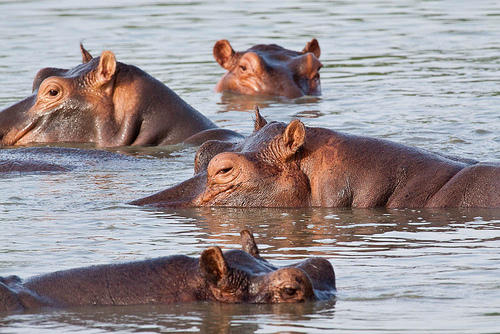 Hippos as Bob Baker may have seen them (Internet photo)

Nobody should blame only the Europeans for creating colonial states like Uganda, with warring tribes put into one country. For hundreds of years before the British created Uganda, the leading tribe, the Baganda, had made war against neighboring tribes for loot, land and slaves. Smaller tribes did the same favor to even smaller tribes. Initially violent British colonial rule eventually established peace in the region for the first time in centuries and brought the people prosperity and security compared to their pre-colonial existence. Still, the loss of tribal support systems and culture was very damaging.