Betsy Kain had special knowledge and special talents.  They came to the attention of human rights activists working in Rwanda.  She takes the story from there.

When Rebecca Tinsley, a British journalist and her husband Henry, both human rights activists, told me that they not only wanted but expected me to go to Rwanda to work with traumatized genocide survivors, I immediately agreed to go, quite to my surprise.  (Formerly I had served as a psychiatric social worker.)  However, all I knew about Rwanda was that it was a very poor country in East Africa that had suffered through a horrible genocide. 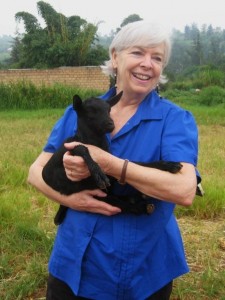 There was clearly an enormous need for the kind of work I did.   There were next to no professional resources able to help with psychological trauma in this country.

The group the Tinsleys worked with knew that in the West, there was some understanding of this traumatization and the treatment of it.

I worked with representatives of twenty villages as well as the staff, who would then teach others how to cope.  The first day, as well as village representatives, many uninvited people came for the training.  These included four pastors from the Congo, who had heard what was being taught. They had come to Kigali, the Rwandan capital, for Bible study, but said our training was far more needed, even though there was to be no French translation.

The work was evaluated as “successful.”   However, most of the students were also dealing with extreme poverty and with hunger that sometimes proved fatal.   While visiting subsistence farms we learned that what was most needed was a cow, for both the fertilizer and milk. This led to my husband and me forming a nonprofit, Goats for Life.  Goats for Life “sold” to first world donors goats and mature cows (hopefully already pregnant) for transfer to needy villagers.   The animals were to be used for breeding, to begin sustainable businesses. 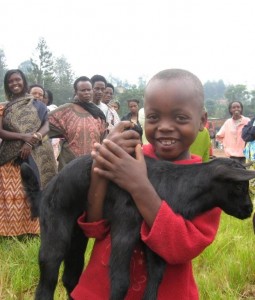 I continued to work primarily with widows because almost all the village men of this generation had been murdered.  Orphans were also trained because over a million of them were left without parents; some were responsible for caring for younger siblings.

Finally instead of having the “students” come into Kigali, I was allowed to go to the villages.  This way the training reached many more people.  In addition, Rwandans considered it an honor to be visited in their homes.  I found it interesting to be the first white person (“muzunga”) in an area in recent memory!  (Some young children ran from me because they had been told if they didn’t behave, a muzunga would get them!!)

To hear the almost unbelievable stories of torture and cruelty done by neighbors, former teachers and priests revealed to me the depths of evil and depravity of which humans are capable.

Time and again survivors said that they finally had hope of a new life because of the value of one goat!  Not just for the milk and rich fertilizer, but for the cash that baby goats would bring.  Of course, small villages or cooperatives benefited from an adult cow. 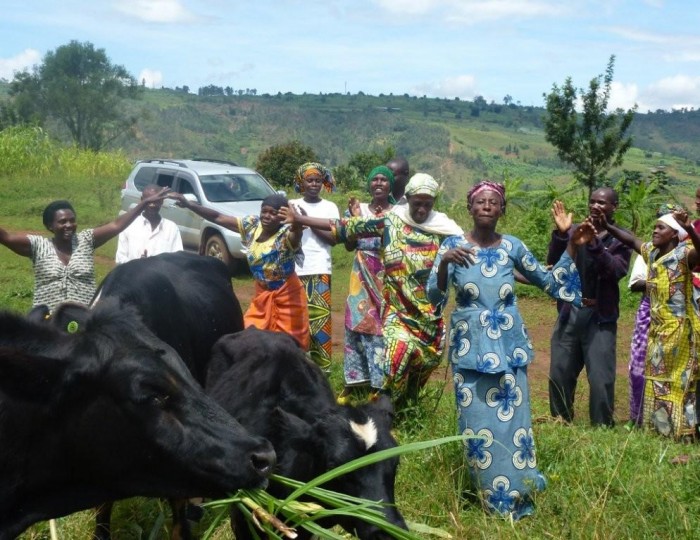 Celebrating the gift of cows

Patricia, who contracted AIDS due to multiple genocide rapes, said, “Tell the world what was done to us.”  But the story since is more important.  Patricia had been “skin and bones” when her village received a cow.  When I saw her eight months later, she exclaimed, “Look how fat I am!”

A very surprising and wonderful effect of the giving of livestock has been remarkable.  For example, in one village hundreds of former killers had been released from prison.  The community was torn apart wondering how its members could ever get along with each other again.  A Methodist pastor and our Rwandan project manager together asked killers and surviving family members of murdered victims to work together in raising livestock.  And to work on forgiveness!  Amazingly, this has happened and been very exciting!  It is the polar opposite of the calculated torture and murder of not so many years back. 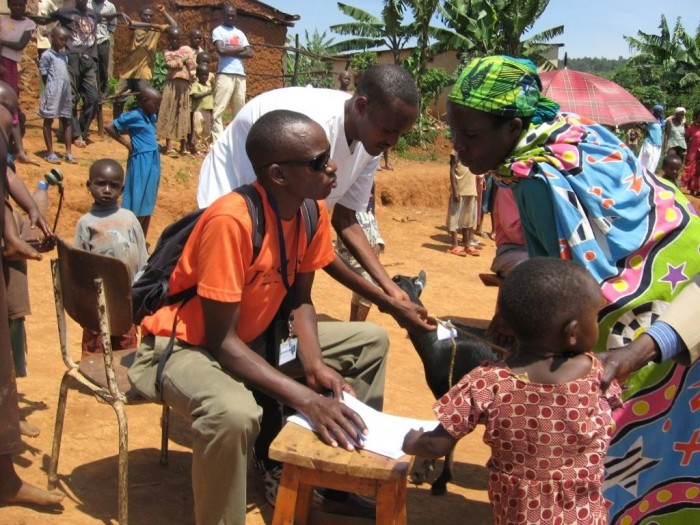 Paperwork for obtaining a goat

Never have I met a more courageous, resilient, hardworking group of people than these survivors. They teach us all a very valuable lesson.

My travels to Rwanda – I have made nine trips so far – have been extremely educational and filled me with wonder, amazement and enormous admiration.  The work of Goats for Life has now been transferred to World Dance for Humanity; it’s working on similar projects.  With a final trip to Rwanda coming up in February, I am extremely grateful for this opportunity. 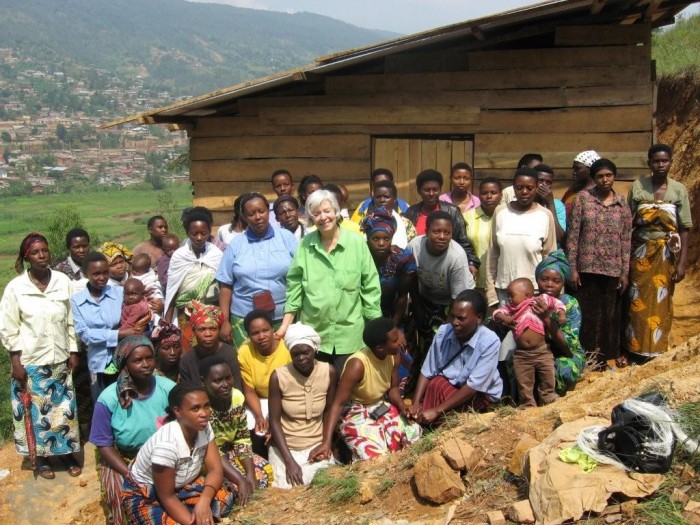 Betsy Kain and friends in Rwanda