Bob Baker offers another of his rollicking reports from landlocked, Communist-influenced Mali where diversion requires ingenuity.

My Malian posting to the U.S. Embassy was drawing to a close.  Hal Horan, the Political Officer, and a very good friend, and his wife suggested we produce a play, Moss Hart’s 1930’s comedy, Light Up the Sky. Hal had the male lead and his wife, the female lead. My wife had a supporting role. 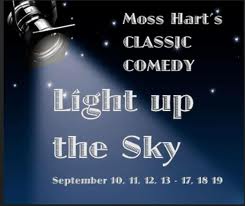 Bring your own chair!

The French government sent out a second string troupe of players from the Comedie Francaise every year to perform classics by Moliere, Corneille, etc. The entire Malian cabinet always attended those and loved the plays. We were up against fairly stiff theatrical competition.

I was the Director for Light Up the Sky. My main job was to jump into Hal’s backyard pool and catch the giant bullfrogs that sometimes fell into it by mistake. They croaked so loudly that you could not hear the actors on the stage, which was his back porch.

I still recall grabbing the buggers and how their hearts beat against my hand before I tossed them over the wall into the alley. 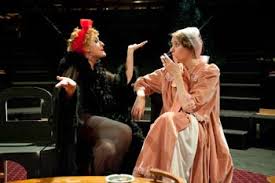 We invited all of Bamako’s diplomatic corps and top Malians to the show. About a hundred Malians, French, Americans and even a couple Yugoslavs showed up. There were just twelve American officers and staff in the Embassy, but a couple hundred Yugoslavs, about 600 Soviet Russians, 2,000 Communist Chinese  (mostly peasants working furiously sunrise to sunset in a walled off model farm; the Malians thought they were crazy). Hundreds of French filled the local civil service and business ranks.

Our audience sat on folding chairs on the lawn. We borrowed chairs from everywhere and served cheap wine from a couple of the Embassy’s newly arrived 20 gallon, green plastic trashcans, freshly scrubbed. Hal contributed a couple big silver dippers which his servants used to fill up big, red plastic cups. 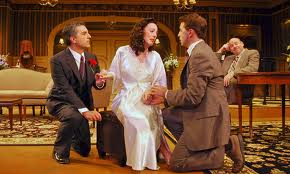 Half the audience did not speak English, but the cast was enthusiastic, the acting very broad and the farce, pretty clear even to those who had no English.

Mali which lacked hard currency, in 1968 had refused to pay Gaumont, the French movie distributor for its films. So Gaumont did not send any more films. Desperate for entertainment, we watched the same two French crime films over and over. That was the only public entertainment regularly available. They played in an open air cinema with wooden benches for seats and hungry mosquitoes for extra entertainment. 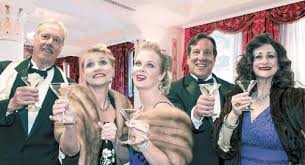 Light Up the Sky was the hit of Bamako’s English speaking theatrical season. In fact, it was the season and more fun than looking at those two tired French crimies again with their mosquitoes but without the wine.

(All photos from productions of Light Up the Sky, but none from the famous Bamako production.)