Bill Mimms served as a Foreign Service Officer in Morocco and Switzerland.  But after 12 years he was lured from a diplomatic career by a dream to fly airplanes.  He achieved that goal, flying for both Pan Am and Delta.  Here he recalls a watering hole in Casablanca.

While there was no Rick’s Cafe in real live Casablanca while I was posted at the Consulate General there, it did boast a place just as interesting: the Basin Street Café.  It was owned and run by an American expat, Jimmy Smith (yes, that was his real name, at least on his passport).  Jimmy was from New Orleans and had a remarkable collection of Jazz records  They played almost constantly in the background at the Basin Street. 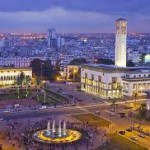 Jimmy was something of a mysterious character.  Though this was never stated, it seems that for some reason he was unable to return to the US.  He ran the last remaining American-owned establishment in Morocco.  He didn’t have a resident visa for Morocco, so he would periodically make a trip to Gibraltar – to purchase supplies for the Basin Street – and to secure another 90-day tourist visa on his return.

Occasionally he would miss his 90-day window.  That meant that he was overstaying his tourist visa to Morocco.  When this happened, he would appear at the Consulate in Casablanca with a damaged passport (soaked in olive oil, for example) and request a replacement passport. In those days, we could issue a replacement, and this would give him another 90-day stay in Morocco.

After the US Air Force left the air base at Nouasseur, a few miles south of Casablanca, Morocco forced all American establishments to close.  For some reason, however, Jimmy was allowed to continue to operate the Basin Street – and to sell alcoholic beverages.  As Morocco was a  Muslim country, drinking alcohol was reserved to foreigners.

However, Casablanca was a cosmopolitan city, with a large French influence still remaining.  Young Moroccan professionals were often educated at French lycées, and then at university in France.  They enjoyed European life styles.  Their evenings often began with a lengthy dinner and dancing at places along the Corniche. 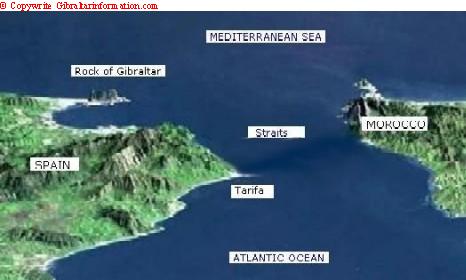 As the evening reached its peak, they would often repair to the Basin Street, where they would order a “coke.”  Gary Loveman, the pasty bartender, knew them well and would serve them their favorite libation, thus sparing them the need to order alcohol. Somehow, the authorities never got around to enforcing any regulations regarding closing Basin Street.  And Basin Street stayed open all night.

Gary was a classic bartender.  He had the appearance of one who never ventured out during daylight hours.  He was an expert on Jazz music and was seemingly addicted to playing the horses at the race track just outside Casablanca.  He never won much, however.  But he just kept on betting.

Good jazz and a supply of alcohol were not the only merits to Basin Street, however. Jimmy had worked for some time with local bakers, and they had finally developed a passable hamburger bun.  Thus, one could enjoy the best hamburger in Morocco at Jimmy’s place. For an American expat, this was a wonderful gift.

So, while there was no Rick’s in Casablanca, there was a mysterious American owner of a cafe where booze, good music and gambling – and the town’s best hamburgers – were part of the ambiance.

Next post: A visit to George Adamson and his lions in far-out Kenya.