Michael Johnson travels the world as owner and chief  tour guide of a travel agency, Titch Travel, in Cape Town, South Africa.  On this trip he was traveling alone.

Some years back I was invited to do an “audit” by The Rotary Foundation (a leading charitable trust, and an important arm of Rotary International) in relation to a significant grant it had made to a Rotary Club in the eastern Congo.   The audit related to problems in administering the grant.

One would not choose to go to a place of ongoing upheavals to investigate a delicate matter, to nose about, checking on whether or not grant monies were being properly spent.  But given that the Goma Rotarians were not fluent – let alone comfortable – in English, I was chosen on account of my somewhat rusty French and my first language, Swahili.   As a result I conducted my various interviews in these two languages. 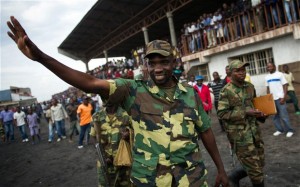 I went from Cape Town to Entebbe, Uganda, then across to Goma in the Congo and on to a small town to the south and then along the banks of the Congo River.  Once I finished the assignment, I was to fly to Nairobi where I’d grown up.  My sister was planning a reunion there with friends from way back.

Happily and much to my relief, I found that although there existed misunderstandings amongst the club members, as is so often the case, In the end analysis all was well.

As I left the Congo, my flight dropped into Kisangani (a pockmarked airport with burnt out jets on the runway).  From there I was to fly to Goma and from there to Entebbe where I’d catch a plane to Nairobi and reach that final destination all on the same day.   Predictably, however, we left Kisangani late for my connecting flight out of Goma.  In fact, as our small aircraft flew into Goma, I noticed my connecting flight to Entebbe taking off.  Not surprisingly, my heart sank!

For some time then, ever since the Rwanda massacres, in fact, the Goma region had been rife with tensions.  Just then it bristled with them.  Fighting might break out at any moment.  So it was to my great consternation that I’d missed the flight to Uganda.

At Goma Airport I learned at the Passenger Services desk that the next flight to Entebbe did not leave until several days later.  I would miss my sister’s reunion party and had no option but to repair to the hotel where I’d stayed for the Rotary assignment and hope that guns would be silent while I was there.  Arriving at the hotel, I asked the French-speaking proprietor if I might stay a few days longer.  He was understandably delighted: more business for a struggling hotel!

As it happened, the Captain of a Congolese Cargo Service overheard me talking with the proprietor.  He and I struck up a conversation – in English.  It turned out that he, too, was born in Kenya.  So we had lots in common.  He offered me a free ride to Kinshasa where he was living, leaving almost immediately.  Of course, I grabbed at the chance to quit a tinderbox like Goma. 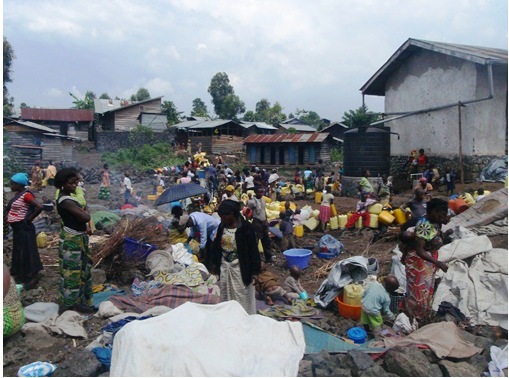 I explained to my new friend that I needed first to pack up my belongings and call my wife in Cape Town to give her my altered flight plans.  Hearing them, she recoiled in horror, barking down a poor telephone line that on that flight and that itinerary our insurance did not cover me.  However, I stood firm.  Goma was no place to be.  And, indeed, it was not.  Fighting broke out in Goma the very next day.

We flew over Congolese forest, bound for Kinshasa, my newly-acquired friend at the controls.  He kindly invited me to ride in the jump seat alongside him and on arrival, to stay overnight at his home in the Congolese capital.  I had the pleasure of meeting and supping with his charming family.  He promised to take me to Kinshasa International Airport the following day to catch my flight to Joburg via Lubumbashi and eventually on to Cape Town.

I spent a comfortable night, had a good breakfast to start the day, and then my flying captain friend – rafiki in Swahili – escorted me to the airport.  We passed bristling guns and lots of cars, armed soldiers on sentry duty.

When the man at the check-in counter asked my destination and I said Johannesburg, he demanded the tidy sum of $500.  Wanting to escape the Congo, I meekly handed over the fare.  He swivelled in his chair, opened a huge tin trunk behind him, threw in the greenbacks and proceeded to issue me with a ticket.  Presumably in his eyes that was sufficient to double up as a receipt for the cash I had paid over.

I stuck close to my cargo captain friend.  He drove me in his car right to the back entrance of the Lubumbashi-bound plane.  There he bid me a fond farewell and good luck.

I was mighty relieved to be seated in that plane, to take off soon thereafter, to make a quick stop to refuel in Lubumbashi and to fly on to Johannesburg and a greater semblance of good order.   There I caught my connecting flight to Cape Town and home.

On arrival in the beautiful Cape, I called my sister in Nairobi to apologize.  I acknowledged that I should have been with her in Nairobi, but instead was some 5000 kilometres away, sitting waiting for my supper in my own home.

At least I was safe and sound.   Had I stayed in Goma, had that conversation not been picked up and understood, who knows for how many days, if not weeks, I would have been incarcerated in an unhappy place called Goma, which to this day has changed very little.

I am still a dedicated Rotarian and will continue to do whatever my Rotary life demands of me, as a loyal Rotarian.  But next time I will check the lay of the land in the host country before ”diving” into what challenges might lie ahead!

Nect post:  The nitty-gritty of running a library and film service in Uganda.