Bob Baker, who had a distinguished mutli-continent USIS career, tells us how an eager self-starter launches his reputation.

In my first overseas assignment, I managed the cultural part of the USIS mission to Uganda, the USIS library, open to the public, and the film program.  Donations of books and magazines gave me an entree to Makerere University and to secondary schools throughout Uganda. USIS offered 16 mm American classic film shows for the students and staff. The U.S. Information Agency had the rights to show a dozen silent classics including the great Bela Lugosi in Dracula.

I showed the vampire film in Makerere University for 600 students, with spectacular results. Local lore included tales of witches flying around and sucking blood at night. After the show rumors swept Kampala that vampires were everywhere. The scare soon died out, but my screenings became very well-known and packed.  Initially, I drew a dozen little movie handbills with magic marker and posted them myself with scotch tape around the university to announce the shows. After Dracula, I got a crowd with only one little poster in the student union.

Chrisant, our charming, hard-working chauffeur/projectionist, drove me to secondary schools all over the country with our 16mm film projector, a portable screen and a half dozen films in their big tin cans. Our truck raised clouds of dust on Uganda’s washboard red dirt roads.  At a girls school way up country, I presented a box of donated books to the principal, made my introductory speech about the films and signaled Chrisant to let it roll. Nothing happened. He was fiddling furiously with the electric plug at the back of the room.

One of his jobs was to bring plugs that fit every socket. He had forgotten this time. The girls were growing restless.  Deeply ticked, I strode back and found Christant actually sweating from concentration and anxiety.  Finally, he just cut off our projector’s power line plug with his knife, split the wire, peeled off the insulation and shoved the bare ends into the two electric plugholes in the wall. He stuck black tar tape onto the wire to keep it in place. The projector light went on, he rolled the film, and we had our show. 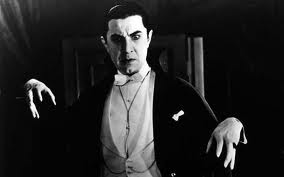 Our old film truck began to wheeze and groan badly. It needed new piston rings. Chrisant found a garage to do the work. Within a week the truck was back roaring around Kampala, but not with its old pep.

I sent it back to the garage; the mechanic said nothing was wrong with it.  I know very little about six cylinder truck engines, but a couple weeks later when I lifted the hood to see if I could possibly figure out the problem, I saw that one cylinder was simply sealed off. We now had a five-cylinder truck. Turned out that Chrisant’s friendly mechanic could not find six new piston rings, but he did find five. Rather than disappoint us, he simply sealed off one cylinder and the engine still worked.  I tried to find another piston ring, but could not.  The truck was still working when I left Uganda a year later.

The Public Affairs Officer in Kampala gave me our 3,000 volume U.S. Library to manage.  It had books of American literature, history, economics, politics, two dozen American periodicals and a couple hundred 16 mm documentary films about the U.S.  Richard was our diligent and good-hearted Ugandan librarian.

Despite his vigilance, Richard’s books were reduced by theft about ten percent per annum. We called those missing books, “Involuntary Book Presentations”. He once brought me a huge package of brown butcher’s paper and excitedly unwrapped its contents. It enclosed six of our library books, missing for several years. A crudely printed message in red ink stated, “ Jesus Has Appeared to Me and Told Me I Must Return These Stolen Books”. There was no return address. It was the only case of divine intercession I experienced in Uganda.

Our library collection badly needed updating and new books.  I asked the Information Agency Regional Librarian for East Africa to come weed it out. Richard followed her miserably around the shelves as she pulled old book after old book off the shelves, instructing, “Toss it. Toss it. Toss it.”  Richard’s trusted old friends were being cut out by the fiery redhead American lady who stood for no nonsense. She also demanded he update his membership files and dust behind all the books. She recommended a thousand new volumes for us. I wrote a heart-rending appeal to USIA Washington for year-end money to buy them.  Library books were a good year-end expenditure, so we got what we needed. 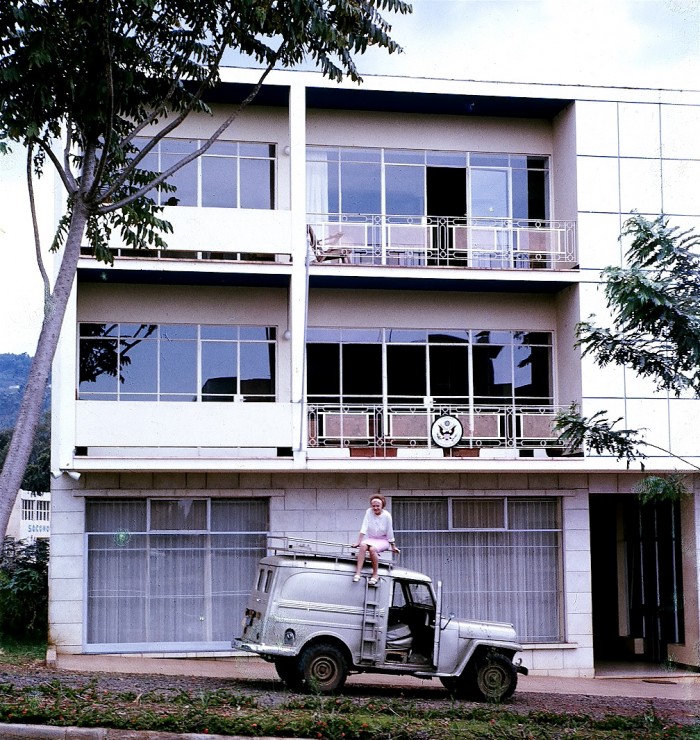 A USIS film truck parked before the US Consulate in Bukavu, Congo. Young lady not included in issued equipment.

The British Council annually organized a come-all-ye book fair in Kampala. I saw a chance to show off new American books about Africa. A special USIA exhibition of 200 new Africana books was touring Africa. The last post to display it, got to keep it. I asked to be the last post, and was. The collection arrived in wooden crates only one day before the book fair opening. My wife and I drove with Richard down to the fairgrounds in the office truck. We set up the display shelves, unpacked and arranged the books. I drew on a giant roll of paper, in magic marker, a six-foot high rough map of Africa in colored inks to show which countries were mentioned in the books. We tended the stand all day, enjoying the interest of the African and British visitors, and gave out forms for people to join our USIS library.

A good number of people joined the library. I was especially glad to provide students with American books. When I was a poor kid in working class East Baltimore, the Enoch Pratt Free Library loaned me the books which led me into college and the Foreign Service.

Sadly, to save money Congress and the Administration have closed our libraries, opting instead for “information corners”, small and cheap instead of real libraries. Every major nation has such libraries overseas except the U.S.  The annual cost to run such libraries worldwide was about the cost of a single Cruise missile. You really need a Cruise when you need one, but our libraries helped us not to need one so often.