David Winder, retired professor of history and former journalist and born a South African, shares a recollection of the blues overheard when he was a boarder at a home while attending the University of Natal at Pietermaritzburg.

She arrived late that evening and said only what had to be said.

She had lost her child.  How, nobody knew; nobody asked.  Elsie didn’t volunteer.

Any instinctive feeling we may have had to reach out and perhaps to touch an arm was withheld by the strict composure with which she approached us.

The only agitation was in a slightly tremulous hand that vibrated her dress as she spoke.  Then she disappeared into the African night leaving behind a stack of dirty dishes intended for her, but now distributed among the uninitiated fumbling for soap and dish towels and feeling foolishly helpless at confronting the grief.

Elsie did not appear next morning.  It was taken for granted she would accept this reprieve from her duties.

She would still have been missed after lunch had her bright pink dress not splashed its presence through the apple trees that separated the lawn from the vegetable patch.

The color of the dress had nothing to do with any new buoyant mood.  It was simply her uniform – her 7 a.m. to 7 p.m. clothes – that signified she belonged to this half-acre property bounded by hedges on all four sides with her kia (quarters) abutting the garage. 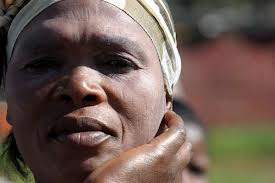 The pink dress was her mistress’s choice, I guessed, being only a student boarder at this house where Elsie cooked meals, washed dishes, hung out the washing, polished the floors, made the beds, and found every excuse to chat over the hedge to Annie.  (Annie was Mrs. Ferguson’s “girl” – she wore blue).

Relieved to see her, I unconsciously walked in the direction of the mounds of clods she was absentmindedly smashing with the back of a hoe.

She must have suspected company was approaching for she turned aside and began to sing.  It was nothing carefully selected.  Just a few bars snatched at random, rather like a person walking down a dark alley who thinks that sudden singing will signal everyone they are not afraid.

The intention was probably much the same – to be left alone.  I suddenly found a reason to head off for a mulberry tree whose spreading shade was an invitation to sit and read.  Elsie and I pretended we were oblivious of each other.  And in a little while I genuinely think she was because she became so unconsciously absorbed in her singing.  She sounded quite alone and very far away.

She could have been back in her tribal land where the women sing out aloud and let the wind scatter their voices across the deep valleys.  At first though her song was deep, melancholy, and barely audible, almost a low moan but too arresting to cause alarm.

It grew stronger and sweeter with repetition and I recognized a lullaby.

While my eyes scanned the pages of my book without comprehension, my ears strained to catch the rise and fall of her song and the heat of the African sun made her face and arms glow and shine with perspiration.

She half closed her eyes and somewhere from deep within her, a tremendous release, a mighty voice surged out with the force of a waterfall refreshed by new rain.  It was a voice of pure joy, an inescapable exultation of finding something warm and meaningful that was silencing her grief.

When her voice soared to the highest note it held and trilled in the way African voices do and sent shivers down my spine.

I have thought of Yeats and sat down on the green and shamrocked banks overlooking “his” Isle of Innisfree thousands of miles away and wondered when I heard Elsie’s song why so fine and positive a poet had seemed to show such aristocratic scorn for the peasant.

I only wished he had heard Elsie that day.

NOW AVAILABLE!!! THE GIRL RAN AWAY, a new novel by Frederic Hunter.  Order it at www.CunePress.net.

Synopsis: Elizabeth Jenkins, 17, raised on a Congo mission station, is under intense pressure to marry the station doctor, twenty years her senior.  Recently widowed, he needs a companion and a mother for his two kids – and a way to avoid being returned to the States for the Society allows no unmarried male missionaries. Hours before the wedding, Elizabeth flees.  She runs toward the wider world beyond the station, toward the “Liz” she yearns to become.  She reaches Nairobi, but it’s no place for a sheltered young woman with dreams but no contacts or money.  Can she cope?

Gary posted this review on Amazon: “I couldn’t put down the book and was very sad to have to say goodbye at the end to Nate and Elizabeth. Excellent story. A fantastic job of filling out the characters thoroughly even to my loathing the arrogant professor. I thought the ending was masterfully written, hooking me right to the end — finishing open-endedly yet hopeful for a bright future. Not a false step for any of the characters. Very, very believable and compelling.” 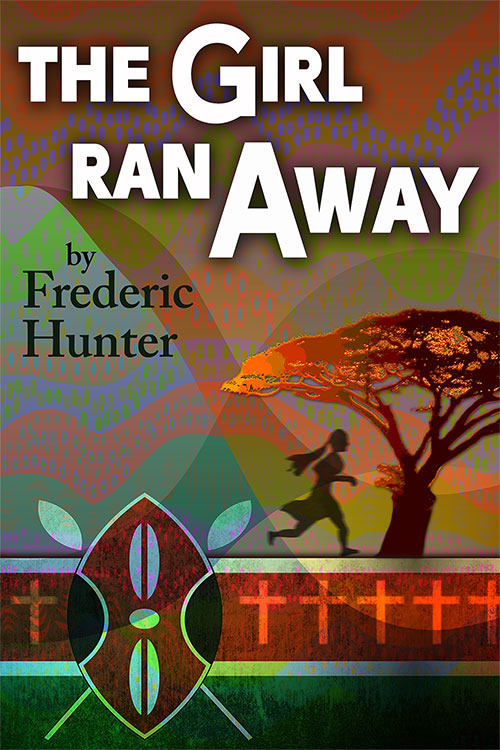 THE GIRL RAN AWAY is available now at www.CunePress.net which connects directly to the Cune site at Amazon.