At a time when few Americans had any consciousness of Africa, Donanne Ralston was living the life of an American diplomat’s daughter in Port Elizabeth, South Africa.  Here’s her account of what that was like for her mother as the consul’s wife.

My mother’s “job” was to be the Consulate’s official hostess, a task to which she brought delightful creativity.  She was a “can do” lady, a hostess-extraordinaire.  Three days after our arrival in P.E., for example, she gave her first official party.  “We had to cut short our landing in Cape Town,” she wrote home in a letter,  “and rush up to P.E.  Our dishes and silverware were unpacked on Tuesday and we fed fifty people Thursday for dinner for the inspectors [from the State Department].”  Of course it helped that the lovely, spacious two-story Cape Dutch consular residence at 49 Park Drive was furnished and awaiting our immediate occupancy. 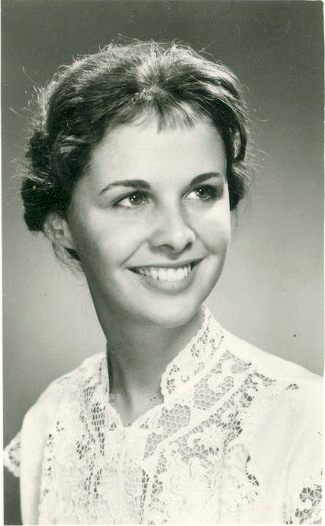 Two Xhosas comprised Tom’s staff: Elsie who helped in the kitchen and Douglas who did the house cleaning and gardening.  In adjusting to a new set of local customs, Tom discovered that neither staff member would look at her when receiving instructions.  Nor would Elsie, when busy at the kitchen counter, turn toward her when my mom came in.  (It was a tradition in their society that to look your employer in the eye was to show a lack of respect.)

Running the house meant involvement in the staff member’s lives.  My folks returned one evening to discover that a boyfriend lurking about the poorly lit driveway had stabbed Elsie.  My mom rushed Elsie to the hospital, stayed with her in the emergency room and adjusted her work schedule, for a time assuming much of it herself.  One upshot of this event was that the State Department authorized the installation of lighting along the driveway.

Reveling in her work, Tom wrote home, “As you know we live a most normal everyday life except for the amount of entertaining.”  [A normal week usually included several gatherings: perhaps thirty guests at a morning coffee for members of local volunteer organizations, luncheon for visiting VIPs, and dinner often for three dozen.]  “Amazingly enough we had no guests all last week and went out to various and sundry cocktails and suppers and enjoyed ourselves very much. We have guests invited for this Thursday again – still an entirely new group – so we’re getting back into the routine.  We automatically serve Hawaiian Ham to everyone who is here for the first time.  Then I don’t have to keep track so much.”

Tom’s parties were famous.  Designed to help people become acquainted, they encouraged members of P.E.’s Afrikaner political structure to socialize happily with folks from the English-speaking opposition, people who probably never socialized except at US Consulate functions.  According to a local newspaper report, “competitions and pencil games were a feature of a party given by the newly appointed American Consul and Mrs. Ralston in their Park Drive home.  Before the buffet supper guests had to guess what was written on the cards pinned to their backs and then find their appropriate dinner partner — Marine and Drive, Algoa and Bay, for instance.”

Known too for her menus, Tom made excellent use of recipes acquired when we lived in India and Greece.  After dinner was The Game – forerunner of today’s Pictionary – a great equalizer and FUN-raiser.  Guests divided into two teams, one in the dining room, another in the living room.  In a race against time a member from each team would try to sketch what was on the slip of paper drawn from a hat filled with offerings from the other team.  (I recall such choices as Birth of a Nation and the Theory of Relativity.)  As soon as teammates guessed correctly, the “artist” raced to the entry hall to sit in an armchair.  Occasionally both contestants dashed for the chair at the same moment, adding to the merriment.

Tom always had everyone pose for group photos as a means of “bringing people together.”  Once there was no film in the camera.  She feigned taking the picture and because everyone was talking, no one knew the difference.  Tommy and Don also had a clever and unusual guest book.  Often I would be in charge of taking it around.  The columns were: name, address, place of birth, birth day (not year), favorite meat, favorite sweet, hobby.  All useful information for future gatherings!

On the Fourth of July my parents hosted an extravaganza for all resident Americans (with Canadians and the mayor and mayoress thrown in).  Held in several areas of our huge garden, the event included balloon races and croquet, badminton and three-legged races as well as hot dogs and baked beans with all the trimmings, an ice cream cart and a humungous plastic container (brand new trash can!) filled with popcorn.  And my dad played a festive tape recording of patriotic songs.

So what was happening to Fred about this time?  He graduated from Principia College (to which Donanne was about to head off) in 1955, served two years in the army, first in Oklahoma, then at Ladd Air Force Base outside Fairbanks, Alaska.  His parents offered their children a three-month tour of Europe in autumn 1957 that included Gibraltar.  From there he looked across the straits at the mountains of Morocco, never dreaming that Africa would call him.  When Donanne was finishing her secondary education, Fred was working in Bell System public relations in both New York for Western Electric and in San Francisco for Pacific Telephone with an ever greater hankering to travel.

Next post: Donanne and her parents travel from the Cape of Good Hope to Cairo with stops in Nairobi, Khartoum, Wadi Halfa and Wheelus AFB, Libya.