Pamela Hussey went for broke when she learned her tour in Kenya was coming to an end. Read on…

When I knew I was going to leave Kenya after four years, I wrote a number of friends and told them they had a very narrow window to come and visit before I left.

I said it would be too much to plan multiple safaris but I would be willing to put together one terrific safari if they would be willing to come at the same time.  Five friends ended up responding with a final yes (Gene Berger and Ruth McLeod; Mary Vance Trent; Nancy O’Neill; and Lisa Boepple).  The safari was planned for two weeks in December, covering Christmas. 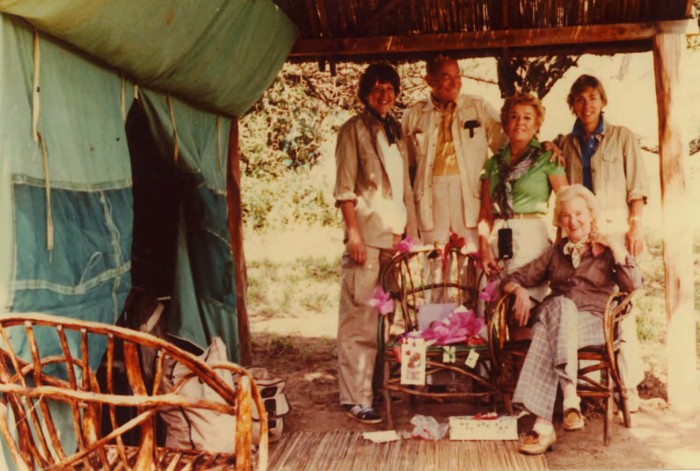 I worked with two handsome young Abercrombie brothers with Abercrombie and Kent in Nairobi and planned a wonderful safari to several safari lodges and permanent luxury tented camps.  But the times that were most memorable were when Abercrombie and Kent sent a truck ahead of us and set up our own personal camp in the Aberdare National Forest and in Samburu National Park in northern Kenya.

We were in Samburu in our personal tented camp Christmas Eve day in 1981.   Our heavy green canvas tents were already set up with one or two cots in each, with clean sheets and a blanket and a makeshift shower.   A canvas-enclosed loo had been dug.  And separate kitchen and dining tents were up. Living the good life in Samburu at Christmas

I had worked with the Abercrombie fellows on our Christmas menu.  We started off with pumpkin soup, followed by a splendiferous turkey that had been slow-cooked in a tin box about three feet underground for five hours, chestnut dressing, sweet potato and apple casserole, mashed potatoes, peas, cranberries I had ordered from South Africa, and ending with plum pudding and hard sauce presented with fiery drama by our most attentive staff. It was an amazing meal and an extraordinary feeling to be out in the bush, truly in the wild, eating this fantastic Christmas dinner with my friends.

After dinner, we sat around the camp fire and read the Christmas story and sang carols.  It was as if we had our own private cathedral of thorn, fig, baobab, and acacia trees and the Holy Spirit had descended and graced our little group. We knew we had experienced something quite unique that would remain forever etched in our memories.

The next morning we went horseback riding on the slopes of Mt Kenya, an other-worldly experience in itself.  Giant Lobelia succulents rose out of the ground, and ambling all around us, grazing quite peacefully on the tops of thorn trees with their indestructible leather tongues, were a family of giraffes.   How many people are so fortunate to have experiences like this, I wondered. Every moment thrilled me and I was so happy my friends were there to experience it, too. 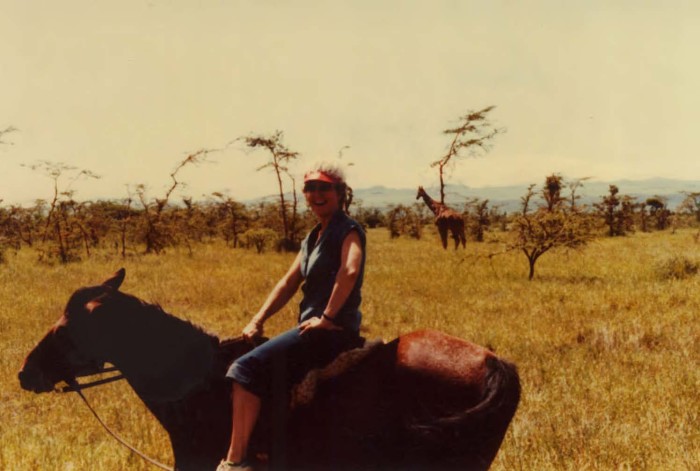 After the horseback ride, the A and K crew broke up camp and returned to Nairobi and we were driven to a very large 40,000 acre and very beautiful private game reserve called Lewa Downs on the northern slopes of Mt Kenya, run by the Craig family.

Delia Craig was born in Kenya in 1924 and her parents started farming in Lewa in 1927 where she grew up.  In 1946 Delia married Douglas Craig and they settled at Lewa where they had three children, Sue, Ian and Will.  In 1970, they introduced walking safaris at Wilderness Trails and in 1995 they created the world famous rhino sanctuary – the Lewa Wildlife Conservancy.

The conservancy is now home to the big five; 30 percent of the world’s population of endangered Grevy zebra; and countless other species of wildlife. Delia and her family have welcomed guests to Lewa since the 1970s and continue to embrace their motto “leave room for the wildlife”.  Delia can still be found out and about at Lewa and is the subject of a wonderful book “From Ox Cart to Email.”

Her offspring are still running Lewa Wilderness (Delia’s son Will) and Lewa House (Delia’s granddaughter Sophie).  Kenya has had a number of legendary women in its past including Beryl Markham, Karen Blixen, Wangari Maathai and many more. Delia Craig, Betty Nayioanoi Maitai and Daphne Sheldrick are just some of the living legends of Kenya. 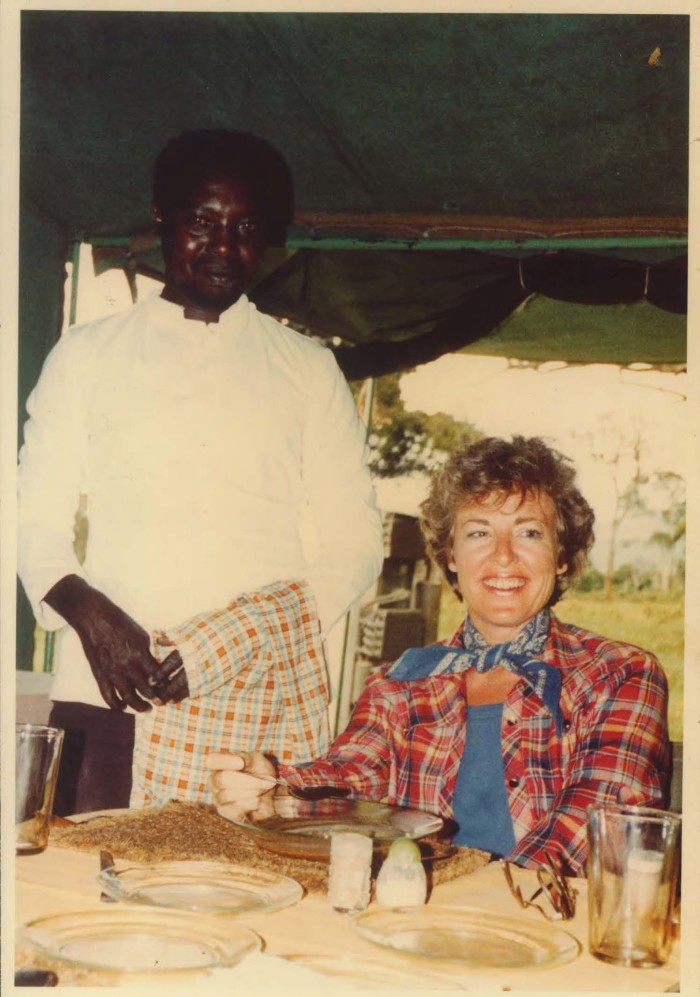 Now it was Christmas day and we had finished a lovely dinner and sat around the campfire with other guests and with the Craig family.  It was a beautiful night with the stars sparkling with the intensity they do in the African sky, unimpeded by urban lights.  Someone spontaneously started singing a Christmas carol and we quickly joined in.  Other carols followed and it was hard not to feel the very presence of God right there in the vast wilderness of northern Kenya. What a memorable and exotic Christmas!