With this post TIA begins republishing accounts of Fred and Donanne Hunter’s African travels while he was serving as the Africa correspondent of The Christian Science Moniitor. 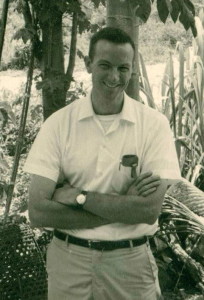 When I first met Donanne in West Los Angeles in 1965, I had just returned from two years in the Congo, serving as a US Information Service officer at three different posts. Donanne was a graduate student in Library Science at UCLA. Even better from my point of view, she was a recent graduate of the college I had attended a decade before. And even better than that, she had grown up in the Foreign Service, living in Greece, India and South Africa. There she finished high school and left for college.
Donandy: When I first met Fred, this wild man back from the Congo, he kept insisting that I could have a great career with USIS as a librarian. On our first date I wanted him to pass inspection with my parents and he talked mainly to my father, a recently retired foreign service officer. blahblahblah…
I myself had been overseas almost three years, first in Brussels, Belgium, then to a series of posts in the strife-torn Congo. The mission, let it be stressed, was NOT to collect intelligence, but to disseminate information about the United States to audiences abroad.
At the time I met her, I was trying to readjust to the unbelievable opulence of American life. And also to make some sense of what I’d seen and experienced in the Congo. To do that I’d enrolled in UCLA’s African Studies masters degree program. I had not been around American girls for what seemed a very long time. Inside I grinned at the opportunity graduate studies offered to watch and meet and talk to young women, but especially those like Donanne who were intelligent and beautiful and knew something about living overseas.
Donandy: I was working as a reference librarian at the Santa Monica public librarian, my first job as a graduate librarian, and Fred used to hang around the library and drive me home. By the time we got engaged, I was a researcher at Universal Studios, making certain that the fire hydrants and stop lights in their movies were accurate even if the scripts made no sense.” 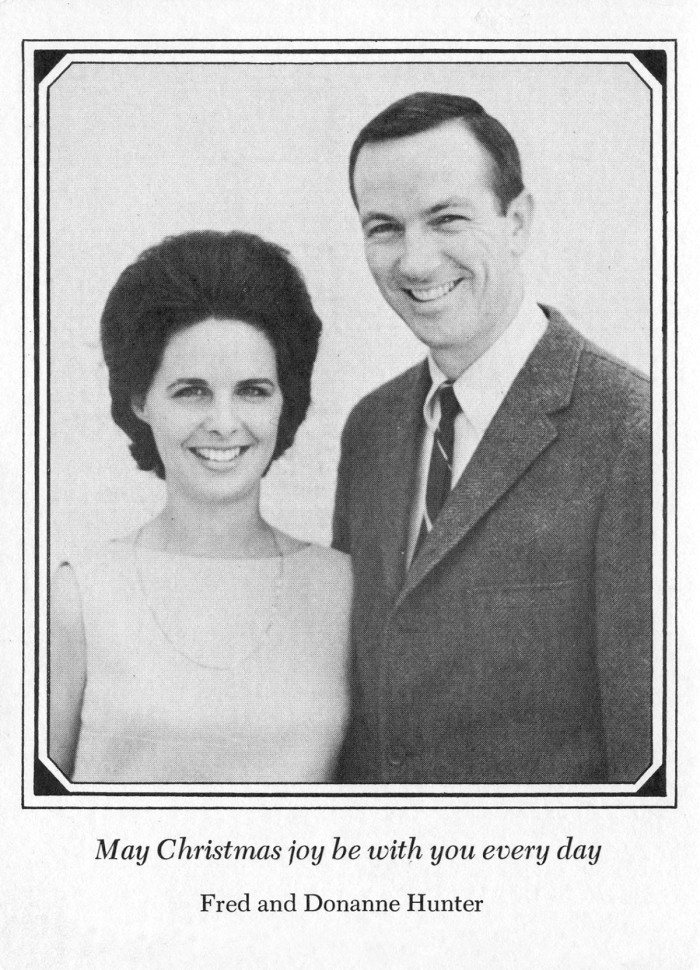 When we were married about eighteen months later, Donanne said to me, “We aren’t going to live in Los Angeles the rest of our lives, are we?”
No! Fate sent us back to Africa. By most unusual circumstances I came to the attention of The Christian Science Monitor just at a time when its editors needed someone to cover Africa. Thank you, Fate!
Donandy: Fred called me from Boston where he had gone for an interview with the Monitor editors to say that the two previous Monitor correspondents in Africa had died there. It seemed that no one on the staff wanted the job of covering the continent. So it was being offered to an outsider with no journalistic experience. Did I think we should take it? Well, the man had never had a job the entire time I’d known him. So I thought I better see if he can hold one. I said: “Of course, we should go!”
When we went to Africa for The Monitor, we were based in Nairobi, Kenya. But the house we first lived in got sold from under us only a few months after we moved in. I proposed to the editors that I travel the continent for a while – all of sub-Saharan Africa was my beat – and that, in lieu of my housing allowance, they pay for Donanne to accompany me. They agreed, those good people! We spent eight months more or less on the move – and we loved it.