When I returned from Accra two weeks later after covering the restoration of civilian rule by the military government, Donanne had not been able to find a house or apartment for us. We still had no place to live. By then we wanted very much to get out of hotels.

Having passed on the plantation house available at Rosslyn Lone Tree Estate, we learned of another residence out there. It sat at the top of the road leading onto the estate and looked very promising. By no stretch of the imagination could it be considered on a plantation, but it had a spacious yard and the assortment of rooms we needed, including a serviceable kitchen. I agreed with the estate agent that we would take it and promised to send a deposit check in the mail.

After the check was mailed, Donanne and I drove out to Rosslyn again to dote on the house that was to be ours. Whoa, Nellie!!! Kikuyu women had been nowhere in sight when we agreed to take the house. Now they were attacking all the land around the house with their hoes, getting it ready for planting. (Traditionally Kikuyu women did the farming so that the men would be free to defend them from elephants, a custom still in force though elephants no longer menaced anyone.)

The women had hoed the land practically up to the foundation of the house that was to be ours. Our spacious yard had disappeared. I had visions of Kikuyu women farming day and night, practically in our living room. I panicked, saw the hoe-bearing ladies as a human equivalent of army ants. All one could do was get out of their way.

I jumped into our little Odd Jobs rental car and raced to the Barclays Bank in the center of town. There one always encountered East Asian bank clerks pounding stamps on documents: pound, pound, pound. I got the attention of one of them and managed to stop payment on the deposit check. I explained to the estate agent that the yard of the house we expected to take had turned out to be farmland. We escaped! And learned not to trust all reliable-looking Brit realtors. 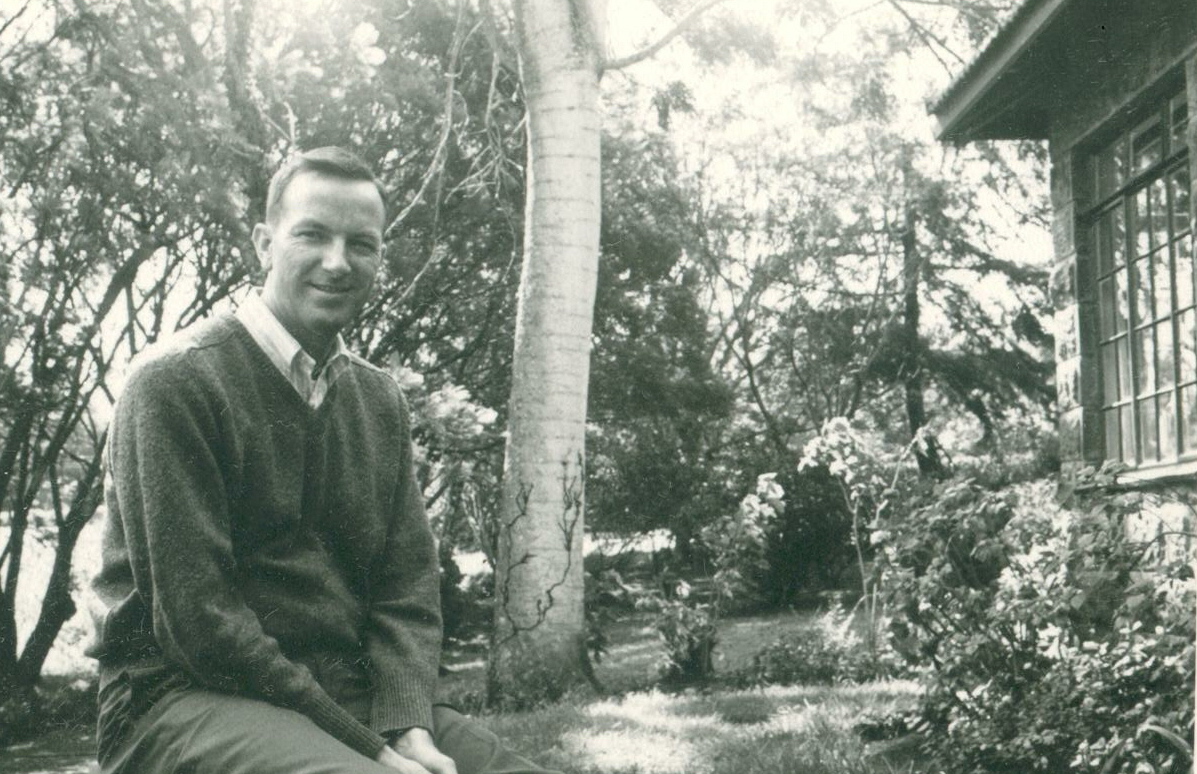 Fred outside the house with the deal-breaker kitchen at Rosslyn Lone Tree Estate.

Back to the Norfolk Hotel. How could we get out of that tourist environment and claim our identity as residents of Nairobi? We took another look at the house at the opposite end of Rosslyn Lone Tree Estate. No, the kitchen truly was not to be tolerated. And yet, and yet, the property was “real Africa.” At seven miles out it would offer a refuge from the bustle of Nairobi. But was there all that much bustle? We decided to mull the possibility.