Days passed. Our apartment- and house-hunting turned up nothing suitable. The house on Rosslyn Lone Tree Estate was still available. If we took it, we could complain about the kitchen-from-hell at dinner parties for the next 50 years. And boast about having lived on a coffee plantation; we wouldn’t have to admit how small it was.

Moreover, Karen Blixen (Isak Dinesen who wrote Out of Africa) had lived on a coffee plantation, probably in a house made of field stone. Maybe it had had an eight-foot-high anthill at the end of the drive just like the one the Rosslyn house featured. In East Africa everyone paid homage to Karen Blixen in differing ways. We paid ours by taking the Rosslyn house. 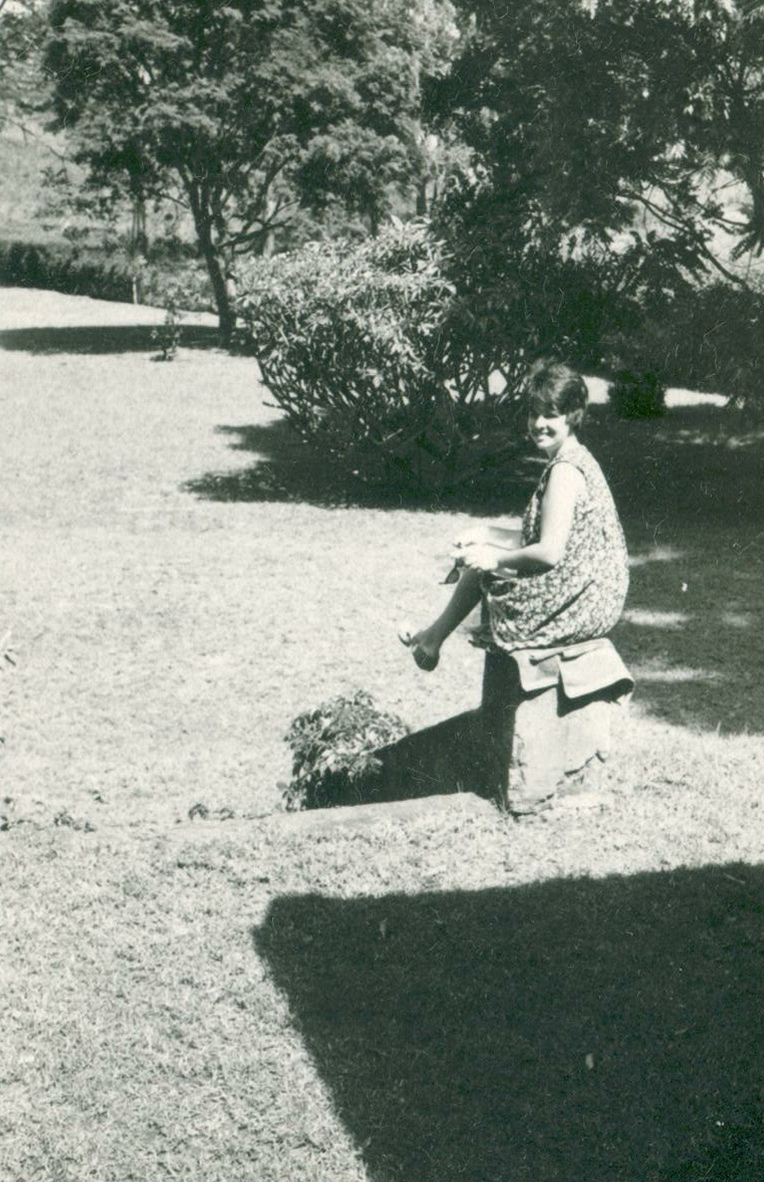 Once we moved in, we discovered that we were not its only occupants. There was a resident upstairs – whom we never saw – living above the ceilings. We could hear it at night. We would lie awake, staring at the ceiling, wondering if it would emerge, as it went sliding about its quarters. (It did not step; it slid.) Was it a giant slug? A sloth? A dragon? We never knew.

There were also spiders in the house. Not necessarily a bad thing in East Africa because they kept down insects. But they were very pregnant spiders; they kept having babies. Sometimes, returning from dinner or a movie in Nairobi, we would find dozens of baby spiders hanging from the attic access in the hall ceiling. Donanne would get out the vacuum cleaner, suck the babies into its innards and then seal the machine so that none could escape.

The house had been built in the colonial days. Its water came from a well, not from a city waterworks. Without problems water flowed into basins and then emptied into– Well, we hadn’t inquired into what. One evening I was working on a dispatch in my office, the small bedroom overlooking the expansive yard outside. I heard a strange scratching. Stopped work. Looked about. Was it the sloth? The dragon? Nothing. Hmm. Went back to work. More scratching. More looking. Again returned to work. More scratching, a metallic sound. Then scratching of the sort that might be made on porcelain. I glanced at the basin behind the desk. Something was peddling furiously to escape the basin. A mouse. I nearly jumped out of my chair. I may have yelled with surprise. (Men do sometimes yell at the sight of a mouse.) Donanne came running.

We caught the critter and escorted it from the house. Then we examined the basin. It did not empty into under-house plumbing, but simply into the garden outside. The scratchings I’d heard were those of the mouse making its way up the pipe. We put a stopper into the basin.

The neighbors along the estate road never paid us the slightest attention. (Because we’d like to have known our neighbors, Donanne once took a welcoming plate of cookies to a couple who had just moved in. Never heard further from them.) But Thomas, the neighbors’ cat, did wander over, picking its high-stepping way over the tall grass. We liked cats, thought it would be fun to have a friend.
Over a period of days we worked at becoming acquainted. We even allowed Thomas inside the house. He so liked the place that he wanted to mark it as his own. We came upon him one day, tail held aloft, one masculine hind leg in the air, anointing our best chair.

Wowee! If that was merely marking territory, it very much looked like something else. Yeegads! Was the chair ruined? Would the whole living room smell? Rather too excitedly I rushed at Thomas, shouting and clapping my hands. I chased the poor guy outside. We were too new in our acquisition of wildlife lore to realize an animal would mark its territory. Whatever. Thomas never came back.

Our next problem was to engage someone to help us about the place. Could we engage the young Kikuyu who had watched the place for the lady from British Columbia? We would have to find out.