When Donanne and I first arrived in Nairobi where I would start work as the Africa Correspondent of The Christian Science Monitor, we, of course, had no place to live.

At first this meant hotel-living. We lodged at the Norfolk Hotel, famous for high-living British colonials riding horses through the dining room in long ago yesteryears. We had a small cottage at the back of the property out beyond the garden where superb starlings jumped around inside an aviary. There was no heat in the cottage. This was East Africa, mere miles below the Equator and you weren’t supposed to need heat. There were even open vents at the ceiling for the circulation of air. But Nairobi lay in mile-high country and it was chilly. We bought East African Standards and Daily Nations so that I could keep abreast of the news. Once finished with the papers, we stuffed them into the air-vents to stay warm. 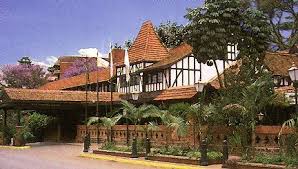 Old Nairobi: Norfolk Hotel. A crucial early scene in “JOSS The Ambassador’s Wife” occurs on the terrace eatery just to the left of the entry

We had the devil of a time trying to find a place to live. We talked with estate agents. We rented a car from a place called Odd Jobs on Muindi Mbingu Street and went house- and apartment-hunting. Alas! without success. Finally we heard of a house, rent-controlled and empty, seven miles outside of Nairobi on Rosslyn Lone Tree Estate. A widow living in British Columbia owned the place and wanted desperately to sell it, but had been unable to do so for several years.

When Donanne and I went to look at the place, we met a thin, young Kikuyu with a well-modeled face and dark, alert eyes. He fetched the keys from the servant’s quarters behind the house. They dangled from a piece of bent wire. The young man led us to the entry porch and unlocked the door.

Donanne asked, “Do you live here?”

The house stood on a five-acre plot of ground at the end of a lane of jacarandas in rolling country planted with coffee. An orange-brown anthill, maybe eight feet tall, stretched beside the front walk, very East Africa. There was room enough for us to live well and for me to have an office, and the rent was controlled. While we toured the house, the young Kikuyu sat on the porch in the sun. I glanced at him through a window and wondered if his life would become involved with ours. 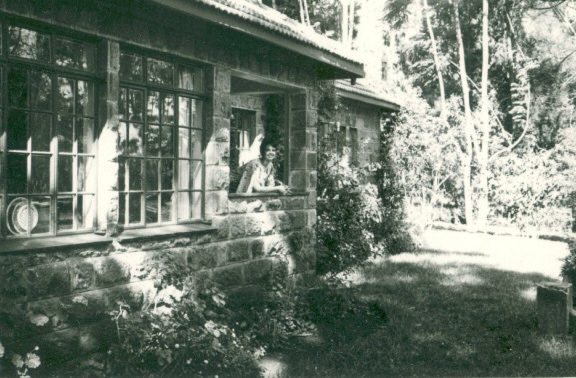 The house was “old Nairobi,” which meant both pluses and minuses. Constructed of field stone, it offered an adequate living/dining room, a largish master bedroom, two smaller rooms (each room had its own wash basin) and a kitchen that defined the term “basic.” It was dark. The “cooker” was pre-World War II. The basin stood on two legs anchored to the wall, apparently on the verge of collapse. There was a huge, inexplicable hole in the floor.

The young Kikuyu tending the place seemed awfully nice and probably could be hired as a servant. We liked his looks and the idea of “old Nairobi” on a plantation was intriguing. But no. Seven miles was too far out. Moreover, the place had its own well; the water was potable but bad for one’s teeth. Residents had to cart drinking water from Nairobi. But the deal-breaker was the kitchen. It was simply unbelievable.

Leaving Donanne with the problem of lodging, I went off to Ghana to cover the elections and the restoration of civilian rule.