On a bright, windy day Fred and I visited the Zimbabwe Game Farm. We had just begun our eight-month trip becoming familiar with some of the territory he would cover as a foreign correspondent. We would make many new acquaintances. None equaled the one we made this day. 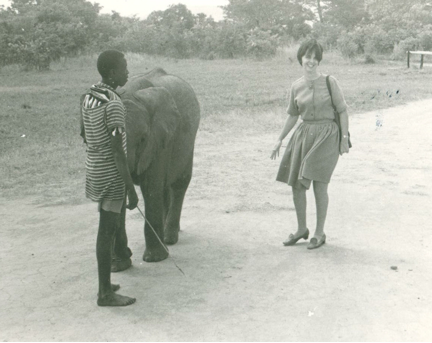 As we walked through the Game Farm, we came upon a three-year-old just about my height. She was an elephant out for a stroll, accompanied – of course! – by a baby-sitter! She proved to be a friendly sort. Seeing a new face 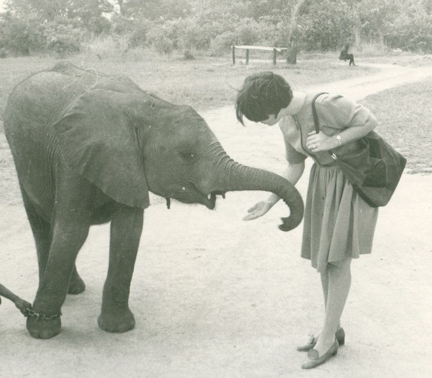 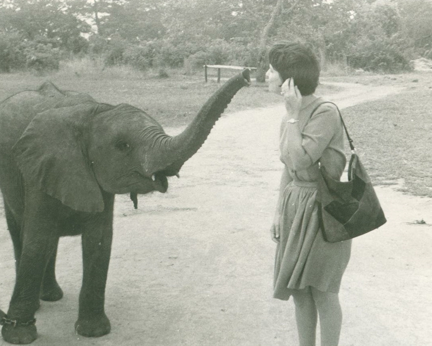 Like other little girls she hoped for a treat. The keeper suggested I give her a sweet. I wondered: Not bad for her teeth? I offered her an airline candy. She took it delicately with her trunk and placed it in her mouth. She closed her long-lashed eyes. I could see her mouth muscles at work as she began to suck it. Slowly she swayed back and forth in what appeared to be utter enjoyment. A happy pachyderm. 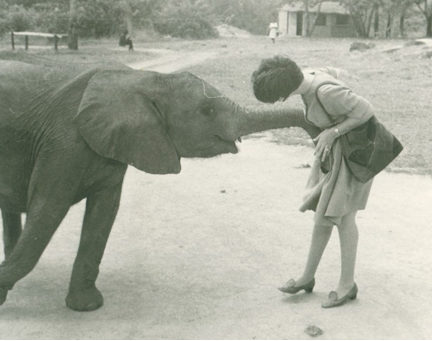