Two waifs from Africa, stuck in Paris. Not such a bad place to get stuck. The morning after our rainstorm arrival, we admired the chimney pots on the buildings en face; we took advantage of the shower centrally located in our room and used the loos down the hall. We had petit déjeuner – lovely croissants with butter and apricot jam – gathered our luggage and attacked Paris.
At the Monitor’s Paris office I informed my Boston editors of our adventure getting bounced out of Douala, Cameroon. Fortunately, bureau chief Carlyle Morgan was able to get us a room at the Hotel St. James and Albany where he lived. Very nice, indeed! We went to the American Embassy, told our sad story and were given duplicate passports. Now we’d be able to travel in both white-ruled and black-ruled Africa. 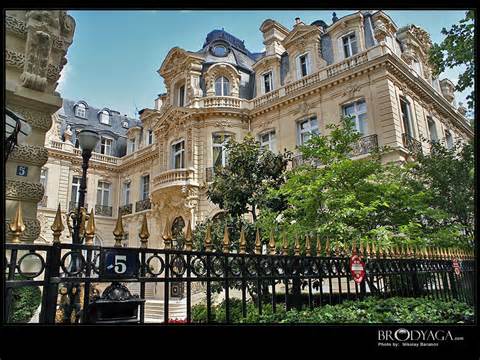 From Paris… (Our Paris hotel resembled this building but this is not it!)

I began a weary round of visits to both the offices of Lufthansa which had sold us the tickets we used, and UTA, on whose planes we had arrived in Douala where we were refused entry. A typical pattern of responsibility-shifting. At Lufthansa I was smiled at patronizingly and told that this was a UTA matter. Hadn’t I been flying UTA? At the UTA office I was told that this was a Lufthansa matter. I did understand, didn’t I, that I was flying on a Lufthansa ticket?
This went on over several days and actually prevented us from enjoying Paris. I tried to apply whatever muscle I could bring to the back-and-forth trek, but it was useless. The two airlines batted me across their ticket offices as if I were a badminton shuttlecock. I ultimately glimpsed that the basic responsibility belonged to Lufthansa. It had sold me a ticket its agent should have known was invalid. I asked to see the vice-president in charge of press relations. He was not available, I was told. Just take us back to West Africa, I pleaded; there must be empty seats on flights going to Accra.
I continued to get the stall. Finally I watched the Lufthansa agent turn his back on me and walk away. I’d had it. I jumped over the ticket counter and went after him. Probably terrified, he ran upstairs to his office. I followed him. Once inside the office we negotiated an agreement. Lufthansa would return us to Accra, flying us through Frankfurt, and I agreed not to hold Lufthansa responsible for any other damages. 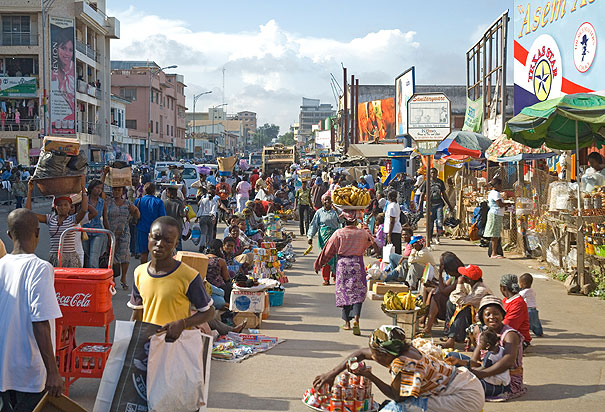 I was particularly pleased that my Monitor editors (and the Paris bureau chief) would see that I could get myself out of this perplexity, hardly costing the paper any more money.
As it happened, one of the women Donanne had roomed with before we married was now living in Paris with her husband of about a year. We spent most of the weekend with them and went to Sunday lunch in the country with friends of theirs.
We left Paris at 5:15 on Sunday afternoon – so says my daily log – departed Frankfurt at 7:00 and arrived in Accra at a bit after 4:00 a.m. on a flight whose comings and goings we would come to know quite well.