After our brief sojourn in Paris, we flew to Ghana where I was to cover the enstoolment (that is, the coronation) of the Asantehene, the king of the Ashanti people, known for their gold mines. It might be the last of the “Old Africa” ceremonies and I thought the Monitor should cover it.
The capital Accra was a place you had to love. Vital laughing people filled its streets. So did snarled traffic and the insistent blaring of horns. On every corner stood buildings splotched with scabs of flaking paint, caused by the city’s nearness to the ocean. The pungent perfume of sea salt floated on the sea breezes; so did odors of cook fires, decay and uncollected garbage.
Expecting to spend several weeks in Accra, we made inquiries.
Two waifs, we were invited to a dinner party at the home of an American embassy officer. There we met Ghanaians and also an American Texaco executive who offered to rent us an unoccupied house out by the airport. We jumped at the offer. We were tired of hotels. A house would be just the place to prepare for our trip to the royal enstoolment in Kumasi.
The talk at the embassy officer’s dinner was of the gossip in the streets. “When an Asantehene dies, you know,” one of the Ghanaian guests told me, “ritual murderers stalk the streets of Kumasi.”

What? This was not the sort of thing The Christian Science Monitor usually published, but it might certainly give color to my reportage. By now I had gotten books on the Ashanti Empire. I had begun to line up interviews with historians and sociologists at the University of Ghana. But the idea of ritual murder had escaped me.
“There’s tradition of human sacrifice,” another guest added.
“In the new life he’ll remain a chief,” someone else said. “But he’ll still need servants to attend him.”
“Also his favorite wife,” a woman put in. “He shouldn’t enter ‘his’ village without his favorite wife, right? Or without servants. Or without a retinue to show off his power and prestige.”
“Don’t go into any dark alleys while you’re up there,” a Ghanaian advised with a smile. 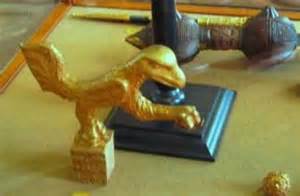 Why the term is “enstoolment”

The Texaco house was a Victorian era bungalow. It had broad screened porches with wide eaves and room enough for us to spread out. Fred could pace while he wrote dispatches and Donanne need not sit quietly in the same room, as she did in hotels, or take refuge in the lobby. Our first night in the house we went to bed with a definite feeling of contentment.
We awoke knowing that we were about to die. It was pitch dark. Where were we? In bed somewhere. We were both sitting up, our hands on each others’ arms. A monster the color of night was bearing down on us. It came at us with a roar. Could we scramble under the bed? The roar was so incredible that the house began to shake. It grew louder. Help!!! Louder! LOUDER!! It came on fast and heavy, like a something that would flatten us. Like a jet-powered steamroller of noise.
It passed over us. We hugged each other. Holy Hannah! What was that? We laughed. How close were we to the airport?
It turned out that the house stood at the end of a runway screened from our view by a row of trees. The Lufthansa jet – the flight that had brought us to Accra – flew south every morning at 4:30. We never got used to the roar.