After our visit to Rhodesia – as Zimbabwe was then called – we went to South Africa where an election was about to be held. We arrived the last week of March and left the first week of June. South Africa is a place of great beauty, but was then a country of great cruelty. Its population was divvied up into small groups and governed by the white Afrikaners who had, through the ballot box, seized control of the government, then instituted a regime based on apartheid, the ideology of racial separation. Apartheid hobbled the country’s development. It assured the white population, both Afrikaners and English-speakers, a luxurious standard of living. It forced the African, Coloured, Indian and Malay groups to live in poverty and almost constant humiliation. 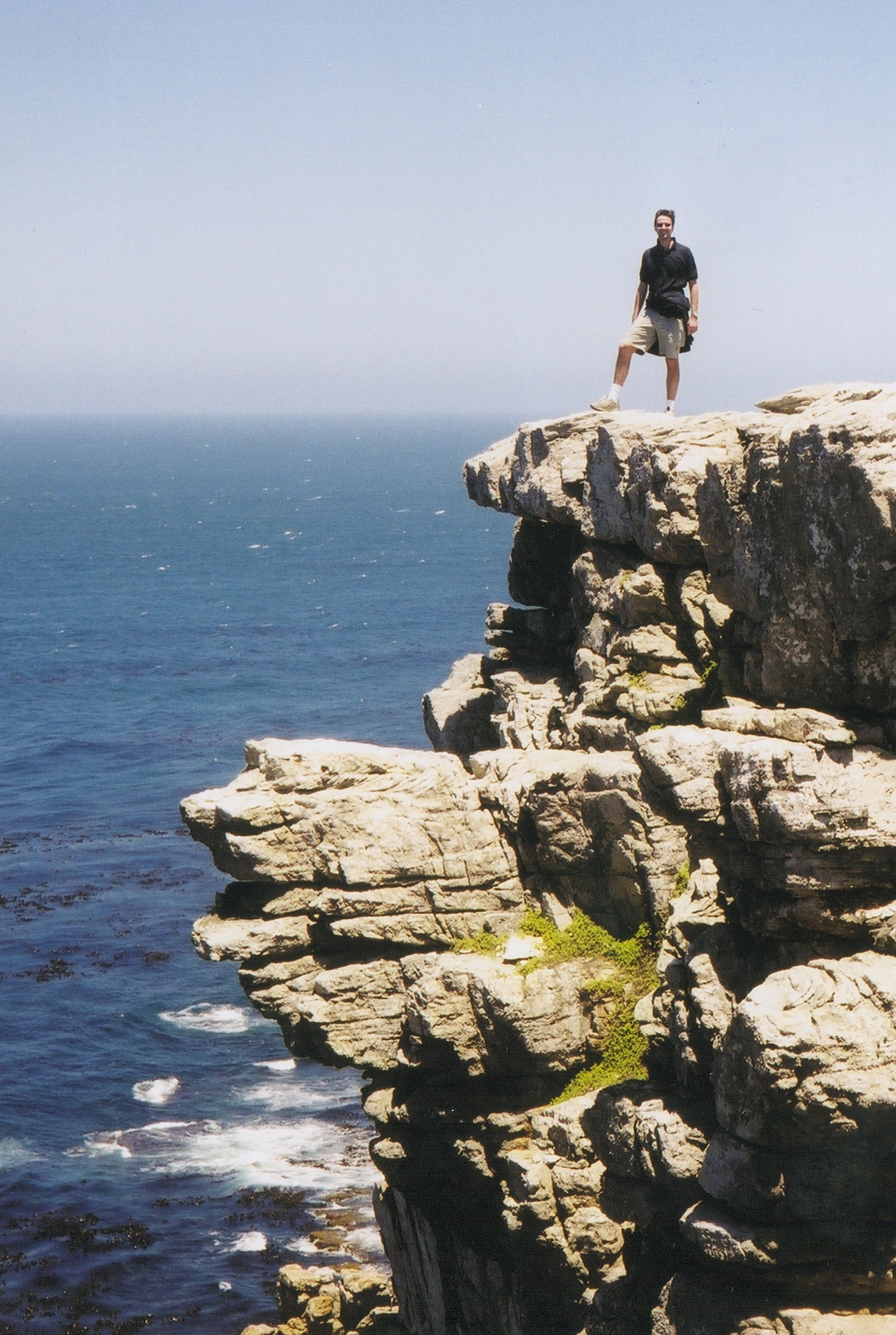 At the Cape of Good Hope, South Africa

As visitors there, we were treated with great graciousness by many white South Africans. Of course, they wanted to show the newsman the best side of their country. Most were English-speakers who deplored apartheid; they wanted a gentler way of dealing with the various racial groups’ different levels of development. Still, it was my job to dig around, to select varied people to interview and to see aspects of black and Coloured life in South Africa mainly kept hidden from white view.
And, let’s admit it, it was also the job of an American journalist to feel appalled at what a little digging around revealed of South Africa. Feeling appalled was expected of you and it wasn’t hard to get there. As a result, a certain bias, however fair you tried to be, tainted your coverage.
I talked to all sorts of people and visited a variety of places. I recall interviewing a government minister, an Afrikaner (of course), and inquiring about how South Africa would deal with change. He smiled tolerantly and explained, “You won’t be seeing any change in South Africa.”
I replied that change happened everywhere.
“Not in South Africa,” said he.
But you, as a visitor, knew that change was coming. Social trends were moving fast in other parts of the world. The Afrikaners would not be able to fence off South Africa from change.
Unfortunately, you assumed the change would come violently. In a blood bath. It seemed likely that the Afrikaners would fight very hard, even cruelly, to maintain their privilege. But that the Africans, because of their numbers, would eventually overwhelm them. You shuddered to consider what that might be like and what might be left.
I mention all this in the first TIA post of 2015 because regrettably 2014 was a pretty awful year. ISIS emerged. Ebola broke out. Putin ate Crimea. Ukraine fell apart. Syria sank deeper into chaos. A Malaysian Airlines flight went missing. The dysfunction of the American political system became ever more evident. Riots erupted in Ferguson, Mo. The worldwide disparity between the wealthy and the rest persisted. The role of money in American politics became more entrenched. You could get to feeling that a blood bath of some sort, hopefully symbolic, would be required to set things right.
Forty years ago we thought that way about South Africa. The blood bath there never happened. Amazing leaders emerged: Nelson Mandela and F. W. DeKlerk. Events followed a different path.
As we move into 2015, may we be as fortunate.
Happy New Year to you all.