After Donanne returned to our home in Nairobi, Kenya, Monitor photographer Ed Pieratt and I flew to Onitsha on the east bank of the Niger River in Iboland. That was largely because I wanted to visit the Onitsha market, famous in the literature of Ibo authors as one of the wonders of West Africa, if not the entire world. It is a place – at least according to legend – where literally anything can be bought. It struck me, in fact, as being just an enormous African market.
At some point – this may have been in Onitsha – Ed and I hired a cab to drive us to Port Harcourt in the oil-producing region at the coast. Of course, we negotiated with the driver about fees, came to an agreement and set off. As dusk overtook us – we were still some distance from Port Harcourt, but Ed and I had no idea of exactly how far – the driver pulled over to the side of the road and parked the car. We were on the outskirts of a town. As inevitably happens, the sudden presence of white men soon drew a crowd. Villagers surrounded the vehicle, literally pressing their faces against the windows to examine us.
“Why are we stopping?” I asked the driver. Ed clutched his camera bag to his body and looked uncertainly at the faces peering at us through the window.
“I cannot take you to Port Harcourt without more money,” the driver announced.
The driver and I then executed together the customary steps of this familiar minuet. We had already negotiated the price of the trip, I protested. The price was fair; the driver had agreed to it. He had already received half the fare in advance. It was a kind of thievery to stop here in the middle of nowhere to demand more money. The driver listened, but remained adamant. If we did not agree to pay him more, he would eject us from the car and return to Onitsha.
At some point the driver and I left the car, for I have a recollection of pacing up and down the roadside, villagers agog and staring, as I fumed at being subjected to this thievery. Ed remained inside the car, his arms wrapped tightly about his bag of cameras and exposed film.
(The film included shots, taken surreptitiously, of Nigerian soldiers. Our Special Report on Nigeria required such photos. Ed’s reputation at the paper depended on his ability to produce them. Photographing military personnel and installations was, however, strictly forbidden, and Ed did not want to add incarceration in a Nigerian military prison to his list of West African adventures.)
As I paced, the villagers questioned the driver about our disagreement. He inflamed their emotions by telling them in the local language how the rich white men were mistreating him. As villagers glowered and murmured at me, I felt very uncertain about where the impulsive passions of the crowd would lead. Perhaps they would pull Ed and our luggage out of the car and set upon us and it; one had heard tales of such retribution. 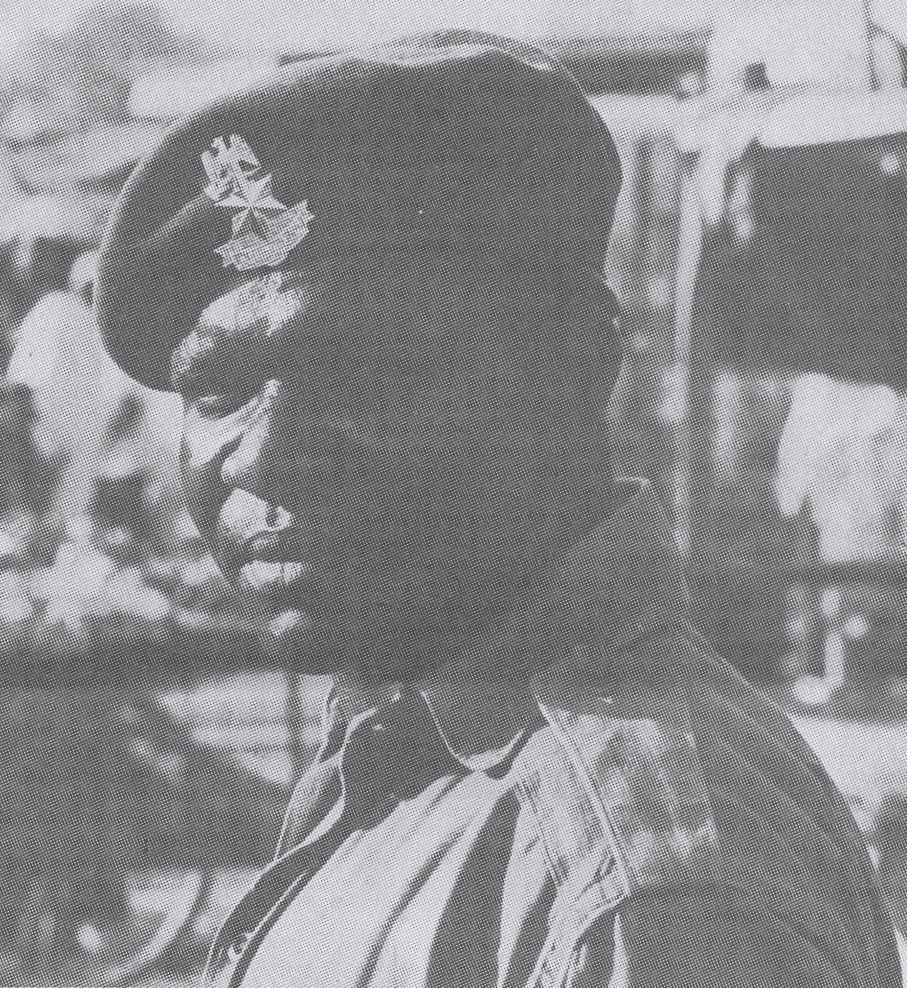 English-speaking members of the crowd approached me. I explained the situation: that we were not exploiting the driver; in fact, he was extorting money from us. Suddenly the passions of the crowd turned against the driver. But the man was a pro at this game. Villager reaction did not intimidate him.
I finally mastered my stubbornness. It was clear that the driver had placed us in a position of which he was the master. I agreed to pay more for being deposited at our hotel in Port Harcourt – but only after our arrival there. And so, once again, we set off.
As we made our way across the remainder of Iboland in a darkness that seemed metaphorical, I fumed and plotted about arriving at our hotel where white men would be the masters and refusing to honor my pledge of more money. I was uncertain what I would do, but I was very grateful to see the oil well gas flares that in those days stood sentinel over Port Harcourt.
At the hotel I paid the driver the amount we had agreed upon at the roadside – for there seemed no reason for both of us to become Nigerians. The driver asked for a tip. I felt a certain satisfaction in turning him down.
The hotel had no record of our reservation. (Probably it had sold the room to someone else, “dash” having passed across the reception counter.) Fortunately, we were taken to a kind of shed on the roof of the hotel. There were two beds and a bathroom. What more could one ask for in Nigeria?
Of course, it is unfair to suggest that this is the quintessential Nigerian experience. But it seems so to me.