Last week’s TIA post mentioned the journey in 1324 of Mansa Musa, King of the Mali Empire, to Mecca and his astonishing the people of the lands he crossed with his retinue of 60,000 men and 12,000 slaves, each carrying four pounds of gold bars. The extent of this wealth and the remoteness of his capital at Timbuktu caused myths to be formed, not only in Europe, but across the Mediterranean world and what was called the Near East.

Jump forward two hundred and seventy years and Mali has been replaced by the Songhay Empire, now in decline. The Sultan of Morocco was not immune to the fascinations of this myth. In fact, in the 1590s he sent a Moroccan force of 5,000 cavalry and 2,000 infantry across the desert – the crossing took four months – to defeat Songhay warriors who had never faced firearms. The Moors captured or plundered the wealth of Songhay cities. Four years of what must have seemed, if you were a desert inhabitant, to have been a World War occurred. It resulted in the destruction of Songhay and Timbuktu and the exhaustion of the Moors. Many Moorish soldiers opted not to recross the desert and assimilated with the peoples they tried to destroy.

People in Europe had no idea that it had happened.

That’s why when French adventurer René Caillié finally penetrated Timbuktu in 1827, expecting to find the city of wealth and learning revealed by the Mansa Musa journey five centuries before, he found instead only disappointment. He wrote that “the sight before me did not answer my expectations.” Even after Caillié published his report, Europeans still had no knowledge of what had happened to cause the change. 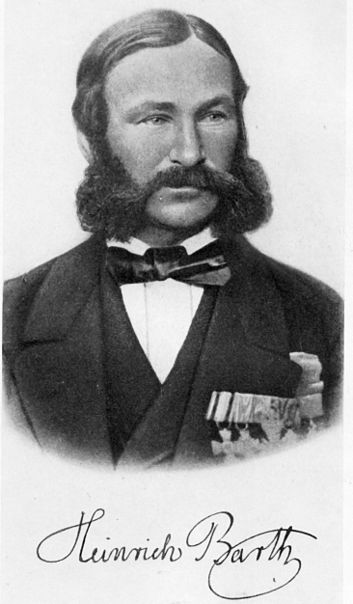 Enter Heinrich Barth. The earlier searchers for Timbuktu that TIA has featured – Gordon Laing and Caillié – were explorers in a very romantic sense of the word. Barth was the genuine article, a man of consummate hardihood and curiosity, intellect and linguistic talents. Born in Hamburg and schooled at the University of Berlin, Barth had traveled across North Africa and the Near East and spoke Arabic before he entered the great kingdoms of the Sudan.

In 1849 he joined as the third explorer in an expedition organized by the British government to open commercial relations with the states of central and western Sudan. The trio crossed the desert from Tripoli in 1850. James Richardson, the British leader of the expedition, died in March, 1851. Adolf Overweg, the other member of the trio, expired in September, 1852, leaving Barth to continue the explorations on his own.

Barth was gone for five years. He traveled widely in the Sudan: as far east as the kingdoms of Lake Chad, through the city states of what is now northern Nigeria and as far west as Timbuktu.

There Barth met a scholar who showed him a document of extraordinary importance, a history of Songhay called the Tarikh al-Sudan. Barth spent several days reading it, showing the advantage of an explorer who knows the language. He copied large passages of it. When his account of his journeys appeared, the mystery of what had happened to lay waste to fabled Timbuktu was revealed. 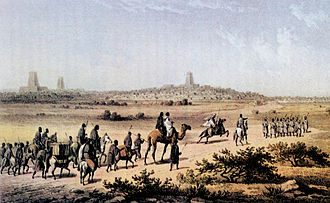 When Barth’s journeys ended, he returned to Europe and wrote Travels and Discoveries in North and Central Africa, in five volumes. It’s a work still used by historians of Africa. Since Africa was little known in Europe, the significance of Barth’s discoveries were not sufficiently appreciated at the time. He died in Berlin at the age of only 44.

An interesting book about Barth’s journeys A LABYRINTH OF KINGDOMS: 10,000 Miles through Islamic Africa by Steve Kemper appeared in 2012.

On our way deeper into the Sahara in 2001 Donanne and I had the unusual travelers’ experience of being shown the mud house where Barth lived in Agadez, Niger, when he passed through there. The unexpected benefits of travel! 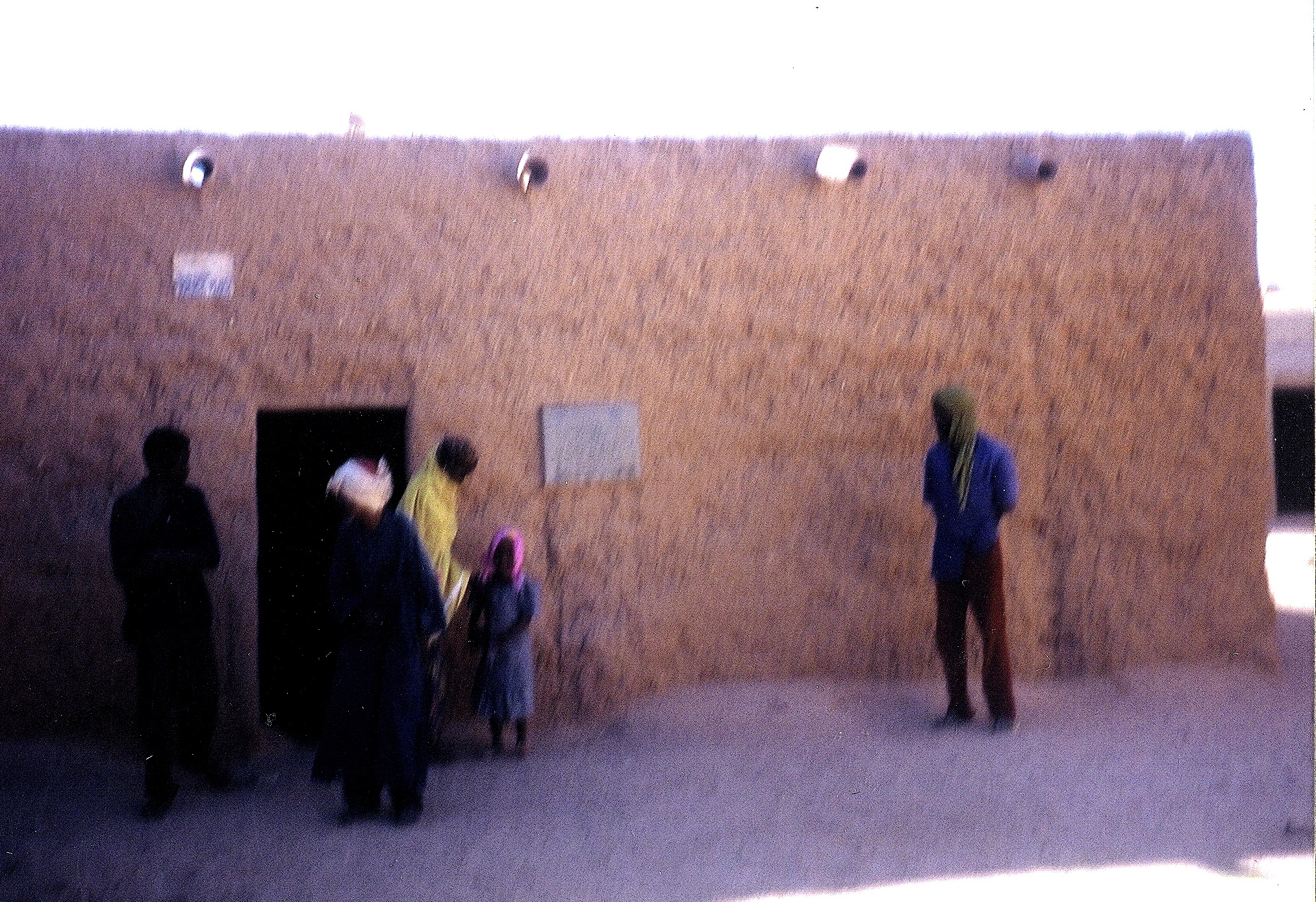