In 1324 Mansa Musa, King of the Mali Empire and a devout Muslim, made a pilgrimage to Mecca. Says Wikipedia: “His procession was reported to include 60,000 men, 12,000 slaves who each carried four pounds of gold bars, heralds dressed in silks who bore gold staffs, organized horses and handled bags. Musa provided all necessities for the procession, feeding the entire company of men and animals.” The influx of gold was said to have destabilized the Egyptian economy for years.

Mansa Musa journeyed from the Mali Empire’s capital at Timbuktu in the interior of West Africa. His journey created myths about that city as a commercial entrepot, a seat of Islamic learning and a storehouse of gold.

Europeans dreamed of that fabled place, dreamed of its gold. But even five centuries later none of them had ever visited it and lived to tell the tale. Explorers from verdant, well-watered forest lands yearned to penetrate deep into the sunny and parched Sahara desert. The French Société de Géographie even offered a prize of ten thousand francs for the first traveler to return with news of Timbuktu.

Getting there was not easy – and not just because of endless expenses of sand. But also because marauding Tuareg nomads sought plunder and, being Muslims, thought it their duty to kill infidels.

Last week’s TIA post recounted what happened to the well-financed British expedition of Major Gordon Laing. All the explorers in his party were killed, all their belongings stolen. Beware the Tuaregs!

At the time of this treachery, an enterprising and courageous young Frenchman named René Caillié had been thinking outside the box. Maybe a well-financed expedition was not only unnecessary, but invited trouble. Maybe a route to the city from the west and south rather than from Tripoli to the north would be more successful. Maybe a traveler disguised as a Muslim could slip through – “under the radar,” as it were – and not be dispatched as an infidel. 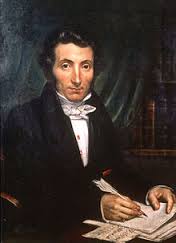 Caillié was residing on the hump of the West African coast, preparing himself to enter Timbuktu in disguise. He had lived among Arabs, had studied the Koran and their customs, and spoke some of their language. He had also concocted an improbable story: that he was an Arab carried away to France as an infant who now wished to return to his home in Egypt. But if the story lacked credibility, Caillié was too insignificant to bother with. Pester him, harass him, treat him as an outcast. But let him live.

In March, 1826, he converted his savings into gold, silk handkerchiefs, knives, beads, and tobacco and started inland – on foot – along the Rio Nunez in present-day Guinea. At the end of thirteen months, five of them spent in an African village recovering from an illness, Caillié reached his destination – and had a great surprise.

“I looked around and found that the sight before me did not answer my expectations,” he wrote. “The city presented, at first view, nothing but a mass of ill-looking houses built of earth.” After 500 years the city of gold and learning no longer existed.

Caillié stayed in Timbuktu for two weeks. He gathered information, then joined a caravan headed for Morocco. He was particularly anxious not to return west, fearing accusations that he had never reached Timbuktu. 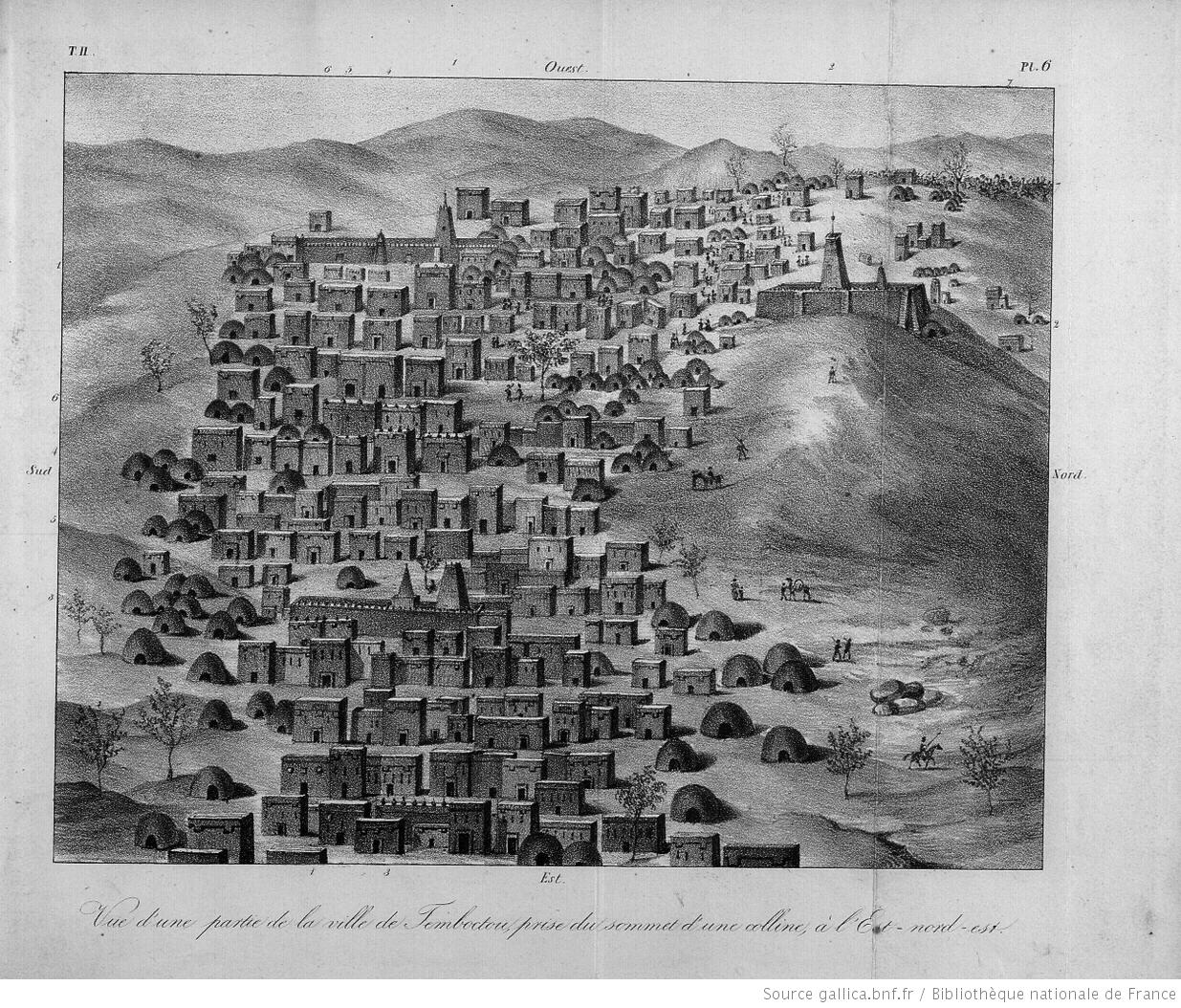 Caillie’s drawing of Timbuktu as it looked to him in 1827.

The journey across the desert took almost three months. Spinning pillars of whirlwinded sand attacked the column of 1,400 camels. Thirst and mirages tormented Caillié. Suspecting he was a Christian, members of the caravan taunted and threw stones at him.

He survived the crossing only to find that a Frenchman disguised as a Muslim could expect little help even from his country’s diplomats. The French consul in Rabat, a Jewish merchant, offered him no help. He begged for food and slept in a cemetery. The consul in Tangier repeatedly refused him entry, on one occasion shouting: “Turn out this dog of a beggar!” Ultimately he relented, however, and arranged passage for Caillié to France.

There he was greeted as a truly intrepid explorer and awarded the ten thousand franc prize. The Société de Géographie was delighted that it went to a Frenchman.