TIA is running a multi-part account of a trip Donanne and I took in May, 1971, to visit David, an anthropologist friend, in rural Kenya. This is part two.

The next morning as David, Donanne and I finished breakfast, Anastasio appeared out of nowhere. Suddenly he was sitting comfortably among us as if he had been there for hours. He’d come up through the archway of acacias from the mud, wattle and corrugated tin-roofed building that served as the local butchery. His father had slaughtered a cow the day before to raise school fees for his sons. On this last day of school vacation Anastasio had been helping him sell the meat.

He had come to the house because he was one of the informants for David’s study of rural development among the Mbere. Anastasio was sixteen, short and slight, with a large head sitting on narrow shoulders. He had an open and friendly face. His wide, smiling mouth was pleased to accept coffee. When he went out to the kitchen to fetch it, David explained that he had recently taken Anastasio on his second-ever trip to Nairobi, that miracle of glitter and tall buildings.

“What were the highlights of your visit to Nairobi?” Donanne asked him when he returned from the kitchen.

“What struck you most?” I asked.

He gazed at us with intelligent, curious eyes, especially at me, appraising The American Journalist David had told him was coming to visit. “Will you write about me in your American newspaper?” he asked.

“Perhaps,” I said, fully intending to. “Mbere is not the sort of place one usually does a story about. But it’s possible.”

Anas, as David called him, grinned with a natural gaiety, pleased to sit on the cusp of fame. “David took me out to Embakasi,” he said. This was the Nairobi airport of that day. “I have never heard such noise!” He covered his ears with work-hardened hands. “We have no noise like that in Mbere.” 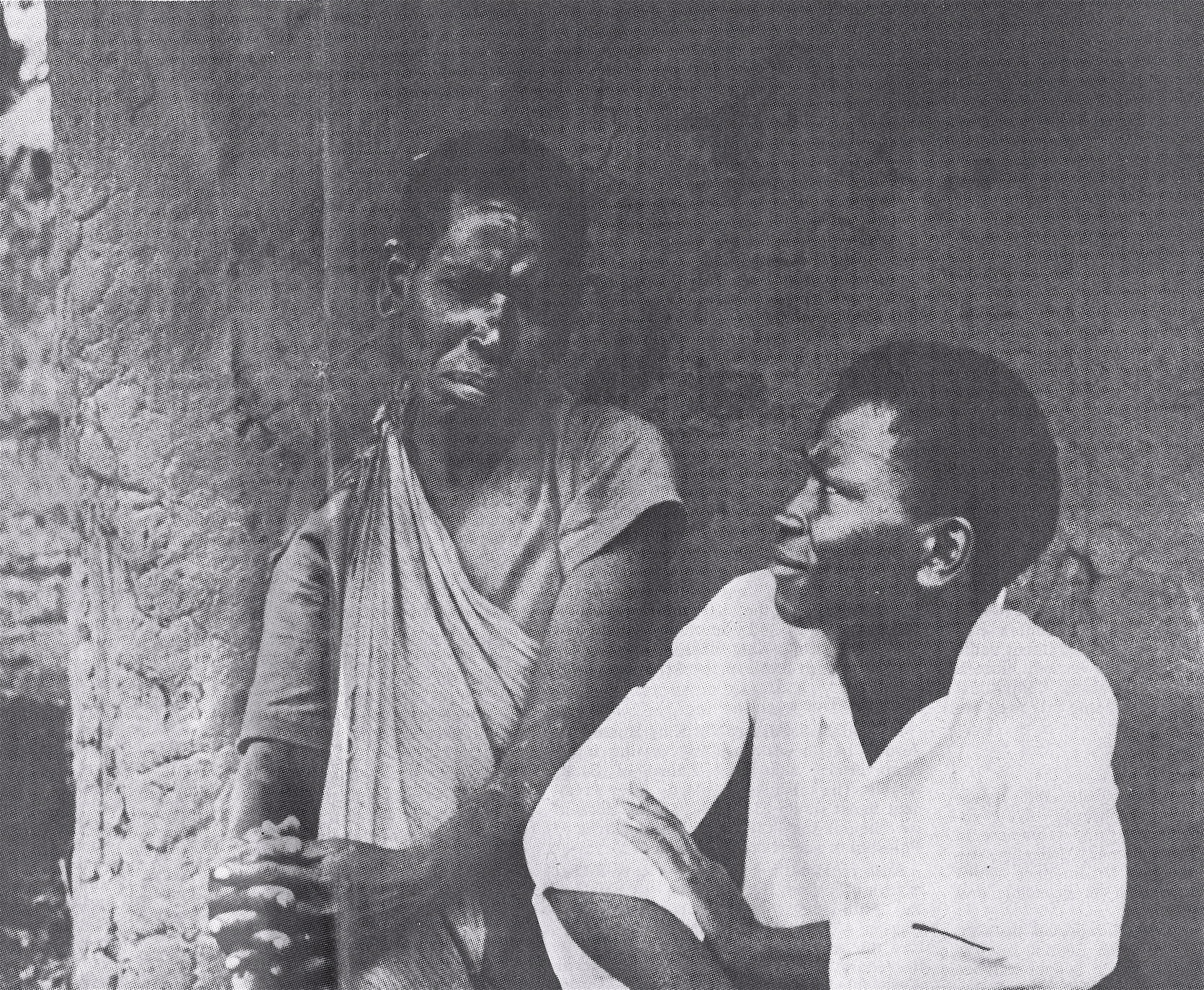 Anastasio and his mother

He considered other impressions of Nairobi. “Do you know that people pay four shillings for ice cream at the Hilton Hotel?” We nodded; we ourselves had paid that exorbitant price. (Four shillings was worth about 60 cents American.) “It is too much,” Anas said. “What surprised me most, though, was– You walk into a room and the door closes. And when it opens again, everything is changed. You are in a different place.” He looked at David. “What is that called?”

“Would you like to see where I live?” Anas asked.

“Please,” I replied. “I may need that for the story I’ll write.”

We walked around the neighborhood, David shaking hands, introducing us and gathering news. We ended up at Anas’s family’s homestead: three mud-and-thatch houses, two granaries on stilts, a platform upon which grasses for thatching were piled, a small roofed corral for calves and a large cattle corral of thickly packed tree branches and stumps. The largest of the homestead’s three houses contained the kitchen. In this house Anastasio’s father and mother lived with his three younger brothers. These boys had not yet been circumcised and were still considered children. The eldest son, his wife and baby occupied another house. Anas, circumcised less than a year but now a man, lived alone in a very small third house which, following established tradition, he had built himself – in about a week. 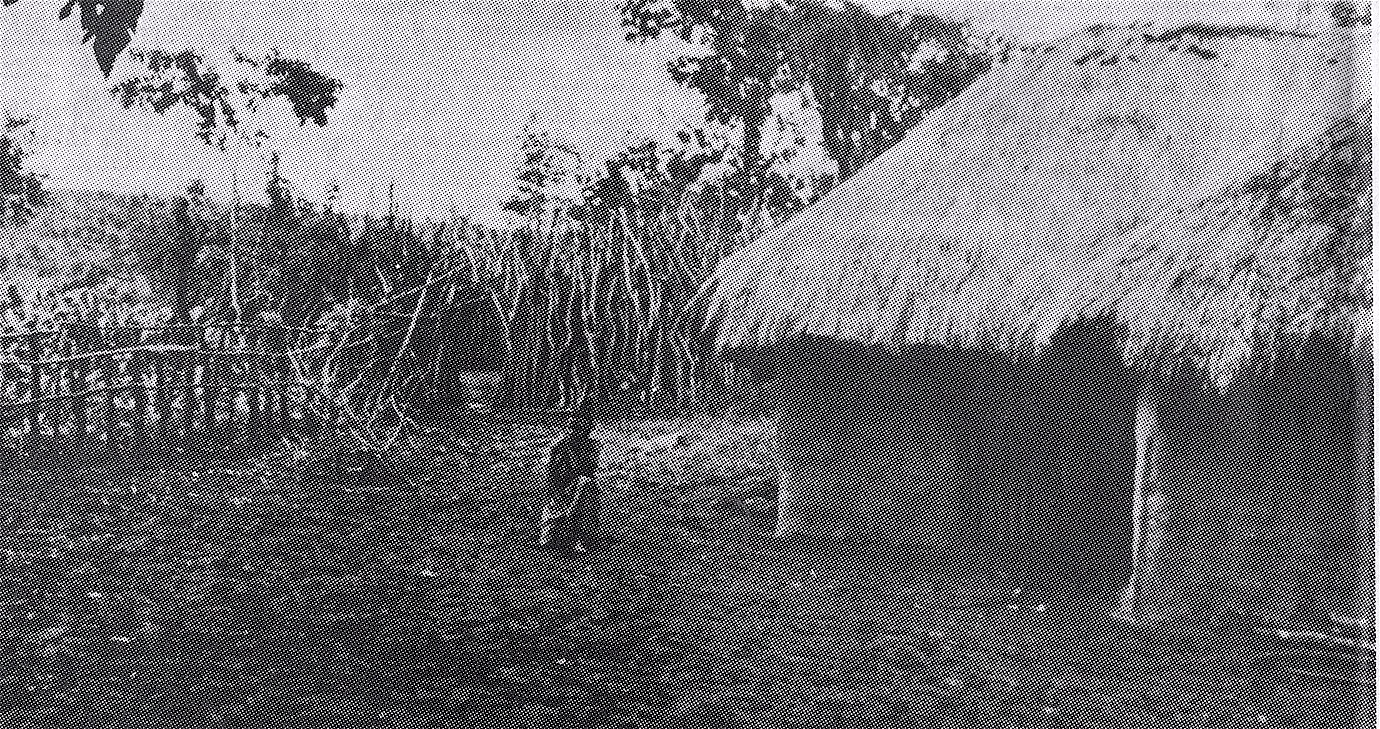 Anas’s house contained a work area – a table piled high with school books and a kind of low chair-side table that he used as a stool – and a smaller sleeping area. This space contained only a bed. On a cord stretched length-wise above it Anas hung all his clothes. A mud partition about five and a half feet tall divided the two areas. Into the mud walls Anas had stuck two smallish panes of glass as well as a very small door, disengaged from a cabinet. This he opened for light and air.

Having thoroughly investigated Anas’ house, we moved on to meet a man with a yen for Toyotas.