TIA is running a multi-part account of a trip Donanne and I made in May, 1971, to Mbere District, Kenya, to visit David, an anthropologist friend. This is part four.

After saying goodbye to David, Donanne and I headed back to Nairobi before another rain made the roads more problematic. Mbere’s pervasive stillness was lovely for a weekend, but how would we feel if that weekend stretched into a lifetime? Would Anastasio escape? That seemed unlikely. Barnabas’ prospects were better, but his father, who had defied tradition, was still there, planting his bean crop in straight, neat rows.

Crossing a flat stretch, we slowed for a truck ahead of us. We watched it fish-tail through mud as it climbed to the top of the ridge, chewing up the road. The truck got across the ridge. Because we had slowed down, we did not. We backed down the incline. When we tried to get out of the mud, we only dug ourselves deeper. Darkness was creeping across the land. We locked the car and flagged down the first vehicle that came along. It took us back to David’s house.

Over dinner we talked about the young men we’d met: about how Anastasio seemed carefree and guileless while Barnabas was reserved and self-protective. We noted how Anas plunged into social contact, sensing in an uncomplicated, almost thoughtless way what people were and accepting them for it.

“That business about the elevator,” Donanne said. “Wasn’t that charming?”

“It’s as if Anas is standing on the threshold of manhood,” I said. “He’s thrilled by the wider world opening up for him. Why does Barnabas hold back?”

“He’s crossed that threshold,” David replied. “He has a better idea of what that wider world is all about.”

“Well, it’s about more than elevators and ice cream and the roar of jets,” David said. “Barnabas understands that at university he’ll be entering an alien culture, the white man’s modernity. You saw that homestead he comes from.”

“But he has to go forward.”

“Of course,” David agreed. “He may spend much of his life traveling between the two worlds, between two sets of values, two ways of life, two styles of living.” 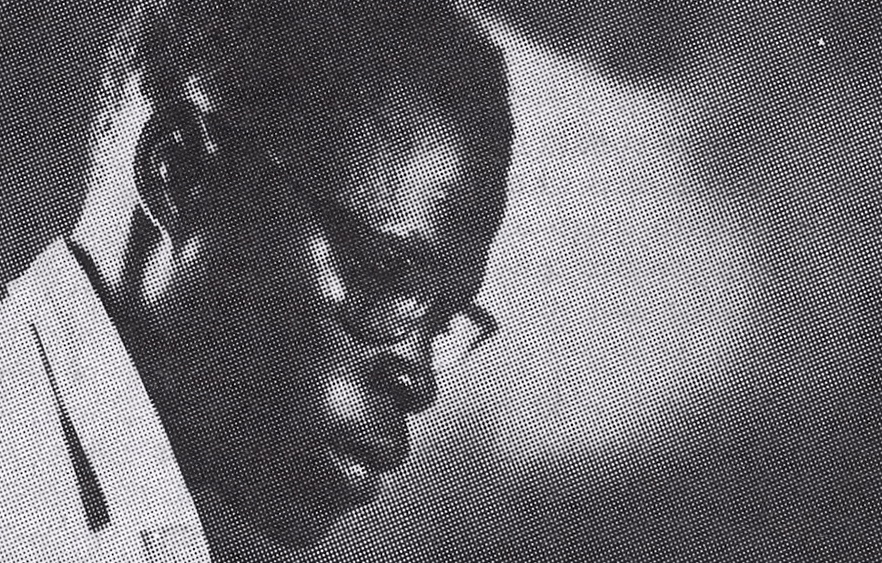 “The prospect of that must be a little scary.”

David nodded. “He’s glimpsed the dislocation that’s ahead of him. But it was probably scary for his father to leave Mbere over his stand about female circumcision. That’s come all right in the end. Barnabas can take heart from that.”

The next morning we had a slow breakfast in order to give the sun time to dry out the road. We returned to our mud-stuck car with David and two Africans. We spent an hour trying to extricate it. The Africans and I got thoroughly mud-splattered, trying to stuff vegetation under the wheels while Donanne sat at the steering wheel. David, the former District Officer, walked about in his best DO manner, accomplishing little. Finally a woman with a panga came along. Seeing the men’s inability to solve this problem, she took charge. She walked a few yards into the bush, chopped at vegetation with her panga, directed the men where to place it and soon had us out of the mud.

We had spent a weekend with the new men of Mbere and an academic studying them. At the end of it the wisdom we had learned was this: if you are stuck in the mud in Mbere, find a woman with a panga.

It’s unusual for a journalist working overseas to get an up-date on the ordinary people he’s interviewed. But six years later, back in California where I was breaking into film writing and Donanne was working at Santa Barbara’s Natural History Museum, we got a letter from David. He had returned to Mbere to follow up on the work he had done there.

Anastasio, David reported, had obtained “a decent pass” on his high school exams. “He is now working in the personnel department of Kenya Industrial Estates. It’s a para-statal body that encourages small Kenyan industries, and the head of the personnel section comes from the same area of Kenya.

“Although Anastasio visits Mbere on occasional weekends, he lives and works now in Nairobi,” David’s letter went on. “Like many other young city men he is rather a fop about clothes, but he seems to be doing quite well.

“Anastasio was married this February and asked me to be a groomsman. It was all very grand, the wedding. A’s fiancée has been to secondary school – somewhat unusual for a girl from a backward area – and (to use a nice Ghanaian expression) ‘a pregnancy sprang in.’ So her parents made Anastasio pay for a big wedding and an excessive amount of bridewealth.” David estimated $1100 in bridewealth, $600 for the wedding itself and some $1200 to build a house. Anastasio’s total debt for the wedding – $2900 – represented almost two years of his present income of $130 a month.

“Barnabas is doing very well,” David wrote. “He went on to university, did a degree in agriculture, taught at an agric college for a few years, then returned to University of Nairobi to do a masters. He expects to go on to a Ph.D.

“Barnabas stayed for the night here recently,” David went on. “I was impressed by his concern for his own area – he hopes to do his thesis on goat ranches in this semi-arid area. So many agric officials concentrate on the high income areas and forget their poor and backward homes.”

Donanne and I met Anas and Barnabas 44 years ago. They would now be in their sixties. We hope they’ve had happy and productive lives. David is living in the Cape Province of South Africa. We wish them all well!