TIA is running a multi-part account of a trip Donanne and I made in May, 1971, to Mbere District, Kenya, to visit David, an anthropologist friend. This is part three.

After visiting the homestead of Anastasio, a 16-year-old informant of David, we continued on the anthropologist’s circuit. Out toward Riandu Primary School we stopped at the homestead of Philip, the eccentric elder of one of Mbere’s 50-odd clans. The Mbere were a small tribe, clients of the more numerous and influential Kikuyu, the tribe chiefly responsible for Kenya’s push to independence.

Philip had decided to sell another piece of land. He didn’t need the money. He wanted another Toyota. Wanted it even though he could not drive. His son chauffeured him around the district.

This would be Philip’s second Toyota. He had already sold one piece of land to Kikuyu outsiders. They had paid 20,000 shillings (then a bit less than $3000) plus a Toyota valued at Shs. 10,000 (about $1500). The bargain had turned out badly for Philip, for the Toyota proved to need constant repair. Even so, he maintained brand loyalty.

In fact, Philip bought the first Toyota in a deal in which each side cheated the other. If the Toyota was a lemon, well, Philip did not really own the land he sold. It actually belonged to his entire clan. Even as an elder, he had no right to sell the land. He assumed that when the long-promised land adjudication process got under way, the Kikuyu speculators would discover that their title to the land was invalid. The adjudicators would tell them to return it to the clan and do what they could privately to repossess what they’d paid for it. By then Philip would have another Toyota bought in the same way.

Probably the land speculators understood the game. As Kikuyus, they were counting on the advantages of belonging to a numerous and influential tribe. At the end of the day the adjudicators might well give them title to the land. 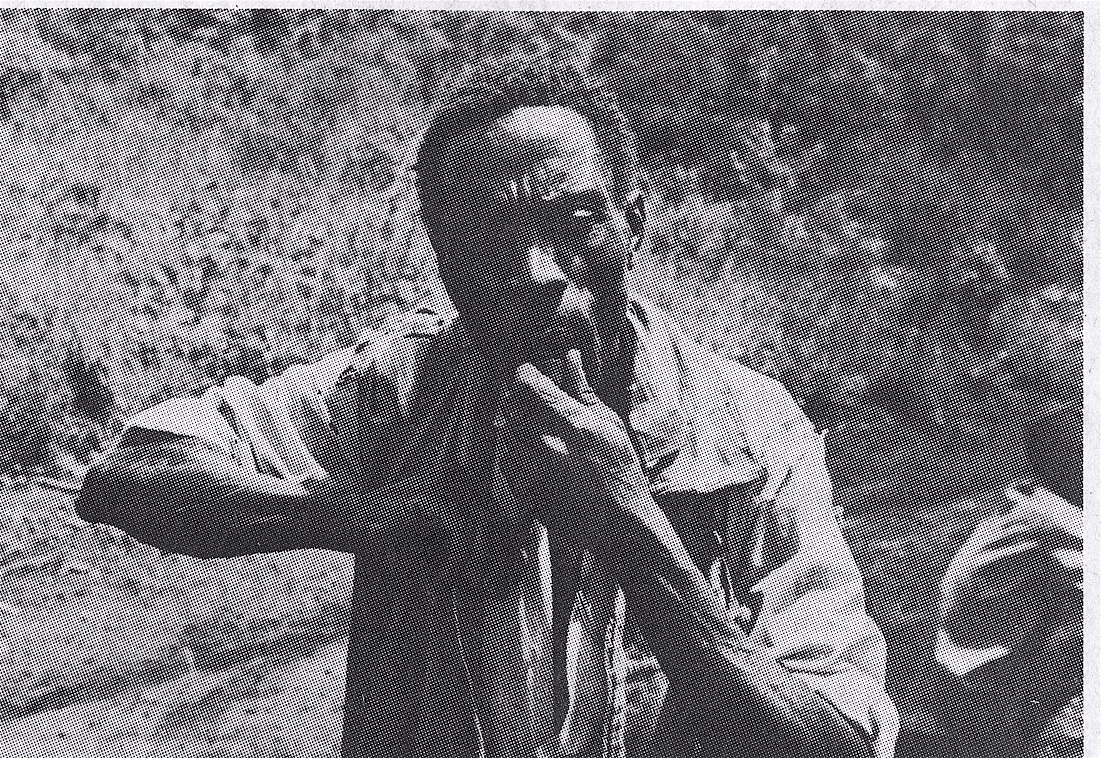 Mbere’s Philip of the Toyotas

At Philip’s homestead Anas saw Johnson, his age-mate. They had reached manhood together through the crowning event of their lives, their circumcision. This rite, which Mbere girls as well as boys underwent, symbolized successful passage through tribal testing into adulthood. Afterwards a girl was ready for marriage and usually soon entered one. A young man would build and live in his own house and refrain from the work of women and boys.

Anas teased Johnson because he still carried water for his mother. Johnson shrugged, reluctant to admit this failing. “It’s so much easier for me to carry,” he mumbled. “Anyway isn’t that what they’re teaching us at school?” he added. “To respect women?” Anas rolled his eyes: obviously a white man’s notion!

As we continued David’s circuit, driving toward Siakago, the colors of Mbere Division shone fresh and intense in the rain-washed air. Its green terrain rolled expansively into the blue and purple distances, promising fertility, but failing to deliver it. Clouds still hung dramatically overhead. Except for the car’s motor the countryside was clothed in a magnificent and all-pervading stillness.

Siakago was a small place: about a dozen commercial buildings, several of them bars, and an open-air market built at a fork in the road. David stopped the Land Rover not far from where a young man, spare and loose-jointed, leaned against a tree. Glasses rode his nose to mark him as an intellectual. The blue suit he wore indicated that he was no stranger to places like Nairobi. But he was very thin. The belt encircling his waist continued halfway around his body; it suggested youth and many meals missed. But the adoring young girls crowding about him suggested star-quality; they seemed content merely to behold his bashful being. To show that he was not cowed by white men, he said to David: “You are late.”

David acknowledged this fact and introduced us. “This is Barnabas,” he said. “Quite a celebrity hereabouts.” The young man nodded. He had passed his higher-school-certificate examinations, tests sent out from England and graded there. He had done so well, in fact, that he qualified for a four-year government-paid course at the University of Nairobi. Only a dozen Mbere boys had ever achieved this accomplishment. It accounted for Barnabas’ star power.

“What will you study at university?” Donanne asked.

“Med’cine.” Barnabas told us that although traditional doctors still practiced in Mbere, people no longer believed in their cures as they once had. When he qualified as a doctor, Barnabas said, he would probably work for the government.

In the late afternoon we drove Barnabas back to his homestead in Kiritiri. On the road we picked up his younger sister. As we approached the homestead, Barnabas gave her his packages to carry; she took them proudly. We entered the homestead walking single file, Barnabas leading us, moving easily and empty-handed toward the thatched mud houses in his blue suit.

Watched by large-eyed children and heralded by barking dogs, we passed between the houses of Barnabas’s relatives. We met his father, Stephen, a man with a gentle and intelligent face. It was alert, alive, etched with character developed across a long life. Stephen had eight daughters and a son. Unlike most peasant fathers, he had educated all of them. Barnabas showed us the new house he was building himself and led us through his father’s farm: a four-acre patch of subsistence crops – cow-peas, finger millet, sorghum, and maize all laid out in precisely straight rows – and a two-acre patch of cotton, his cash crop.

This homestead proved to be a place of celebrated men, Stephen setting the example for his son. Some time earlier Stephen had defied tribal tradition. When his first daughter entered puberty, he announced his opposition to clitoridectomy, female circumcision. He declared that no daughter of his would undergo the operation. Mbere was shocked. His parents opposed him. No Mbere female acceded to true womanhood, his mother claimed, unless she underwent this test. Without it no daughter of his would ever find a husband. The opposition was so strong that Stephen moved away from Mbere. But things had harmonized again. Stephen’s brothers had settled with him at his homestead. His mother also lived there.

Barnabas walked back with us as far as the Land Rover. As we drove to the road, he stood blue-suited in a crowd of children, waving against the cloud-dark sky.

In Part Four we encounter a complication in trying to leave Mbere.