Despite what my American friends might think when they heard I was pregnant, our Nairobi bungalow was a truly fine place for a baby. 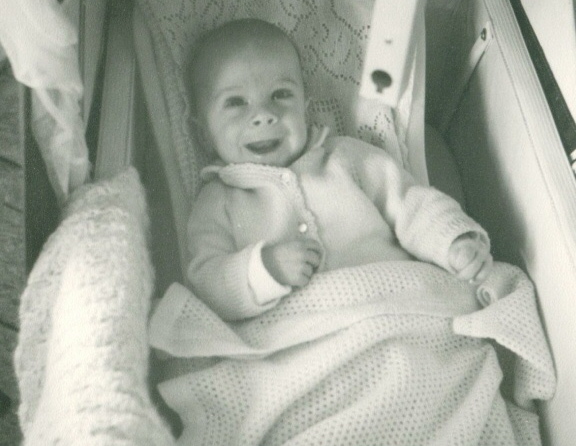 Under the pepper tree in the garden we had arranged a table and chairs of bent wood, bought at a roadside stand on the outskirts of town. Late almost every afternoon we had tea beneath it and listened to the BBC’s World News. Seasonally we had to move the table out from under the tree to avoid having thumb-sized caterpillars fall onto the tea tray. The tree would eventually become a perfect spot near which to park the pram for afternoon naps, covered with camouflage green netting as a defense against the invasion of bright sunlight, caterpillars and other creepy–crawlies. We were assured that to protect their eyes from the strong equatorial sun, babies born at this altitude were blessed with long lashes. This would prove to be true at our house. 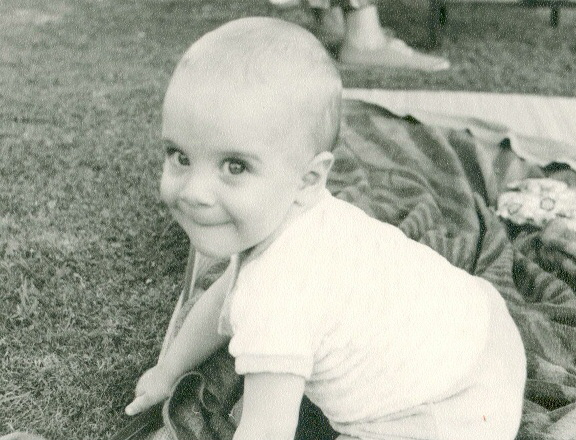 Fortunately, fragrant frangipani grew in abundance across from the entry door. (The scent of night-blooming jasmine had pervaded our first Nairobi house out on the coffee plantation. But it wasn’t until I, full of expectation, planted jasmine outside our bedroom window at this bungalow that I discovered that not all jasmine has perfume.) Lantana thrived along the front of the house and a vine with bright orange blossoms draped itself festively over the kitchen courtyard walls. Long after dark we would fall asleep listening to the haunting, sad, sweet lullaby of the night jars.

We began to furnish the baby’s room – handily complete with sink – by answering adverts in the press: The Daily Nation and the East African Standard. Our first big purchase was a handsome wooden Kenyan crib for $24, less than a third the price of an imported one. An American friend loaned us a plaid pram that conveniently converted to a car-bed. We soon added a sturdy wooden chest of drawers, its top to serve as a changing table. Our “must-have list” also included a rocking chair for lullabies.

Occasionally during evenings-on-the-town we’d treat ourselves to filet mignon at the new Hilton Hotel followed by the current English comedy at the Donovan Maule Theatre. (Total cost for the evening: $12.) On the set of the comedy one night we spotted our rocker – in designer bamboo! Next day we traced it to Flair, a small decorator store. We splurged. With it we acquired its relative, a bamboo straight chair. The latter completed the furnishings for the nursery, and the rocker, set beside the fireplace, added flair to the living room. (Today the straight chair sits on the porch of Paul’s house in Los Angeles.) 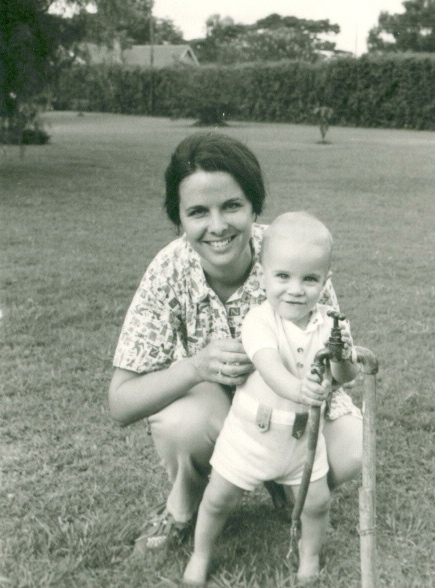 Donanne and Pauly in the backyard of Riverside Paddocks

All the trips we had taken in Africa had known starting dates. So did this one, thanks to my periodic visits to a kindly English physician, Dr. Mary Robertson-Glasgow who’d delivered the babies of two of our friends. (I didn’t know she was a G.P. until, on one of my visits, I passed a man coming out of her office! Then I noticed the initials after her name.) She estimated that the baby would arrive on June 1st.

On Sunday, May 28th, Fred and I went to the Norfolk Hotel attracted by their famous Sunday specialty, the fabulous curry lunch. Ever since then we’ve maintained that that memorable and spicy meal prompted what followed. Early the next morning on my way to the bathroom something very strange happened. My waters broke and I woke Fred with my mystified squeals. It was rather an exciting moment! He jumped out of bed and rushed to my side. We laughed and looked at one another knowing our journey as parents was about to begin.