At Nairobi Hospital, waiting for the baby to come, I thought about my Mom. Knowing that I was in excellent hands, she had written wisely that she and my Dad would not come immediately, but would visit in three months time “when you have settled into your own routine.” I had already made reservations for the safaris we three would take with them: down to tropical Malindi to walk on the Indian Ocean beach, tenting beneath Mount Kilimanjaro at Amboseli to observe elephants, up to the arid Northern Frontier District to show off the long-necked gerenuks and reticulated giraffes. And as we carefully loaded the car for these expeditions, my Dad would cheerily remark that we might as well put a trailer hook on the rear and attach the baby’s room to it.

Although my Mom wasn’t to be present for the big event, we both knew that any mothering I required would be available when needed. And it was so. Besides Fred’s TLC, I felt sweet support on several levels: the confident prayers of our dear German friend Ursula, the Christian Science practitioner who came to the hospital, “changing guard” with Fred during the day and stayed through the night, Dr. Mary’s patience and gentle encouragement, the caring pragmatism of the African nurses. And from friends. In East and South Africa and a group back home in California who’d had a party for us in absentia, sending along their list of pet names for the baby (Squiddle was one) and a handmade mobile that fit tidily into an envelope.

During this final day of waiting Fred and I took occasional walks up and down the hospital’s long hallways. We’d pass the nursery with mostly African infants in various stages of sleep or wakefulness. After nightfall, the passageways were lined and perfumed with the bouquets from the rooms. The white-stalked chincherinchees were particularly intoxicating! One of the blossom-fragrant hallways continued out into a covered walk next to the garden where we watched rain fall and two anteaters forage for dinner.

By 9:00 p.m. we decided the day was done and we ought to get some rest while we could. So Fred went home to sleep on the couch next to the phone and I too turned in. Then at midnight, wakened by contractions coming at five minute intervals, I padded down the hall to the phone and called him. He in turn called Ursula. 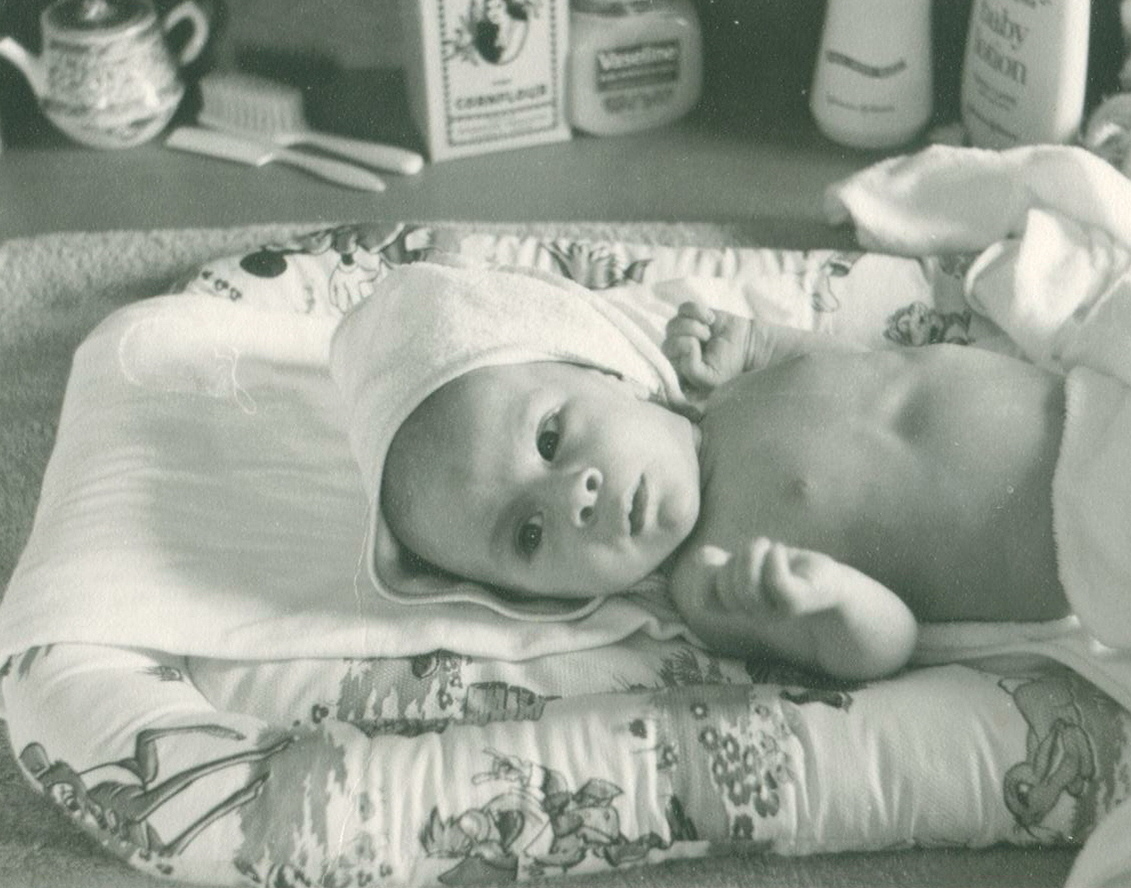 The new arrival on the changing bureau at home

They arrived within twenty minutes of each other, Ursula coming all the way from Kabete in record time. (It helped that there were no speed limits!) They joined me at my bedside and after about an hour one of the nurses came to do an examination, telling me not to push. At 1:45 a.m. I was wheeled into the delivery room. Dr. Mary came at 2:30 and told me now I could push.

This was hard work! And I was grateful that the nurses supported me on either side, helping me into the most advantageous position to do the work. At about 4:00 I was told to push a little harder and suddenly I felt the baby slide quickly into the world. I heard the doctor say, “It’s a boy!” And I heard myself exclaim, “Good heavens, it’s a boy.” And I heard the jubilant entry cry of Paul Robinson Hunter, named – in the Kikuyu tradition – after his paternal grandfather.

I watched as a nurse took Pauly off to weigh him and make him presentable. Fred came into the room to congratulate me on my Herculean efforts and to tell me how clever and magnificent I was. And when the doctor had finished her work, I was rolled down the hall for a brief first meeting with our son. 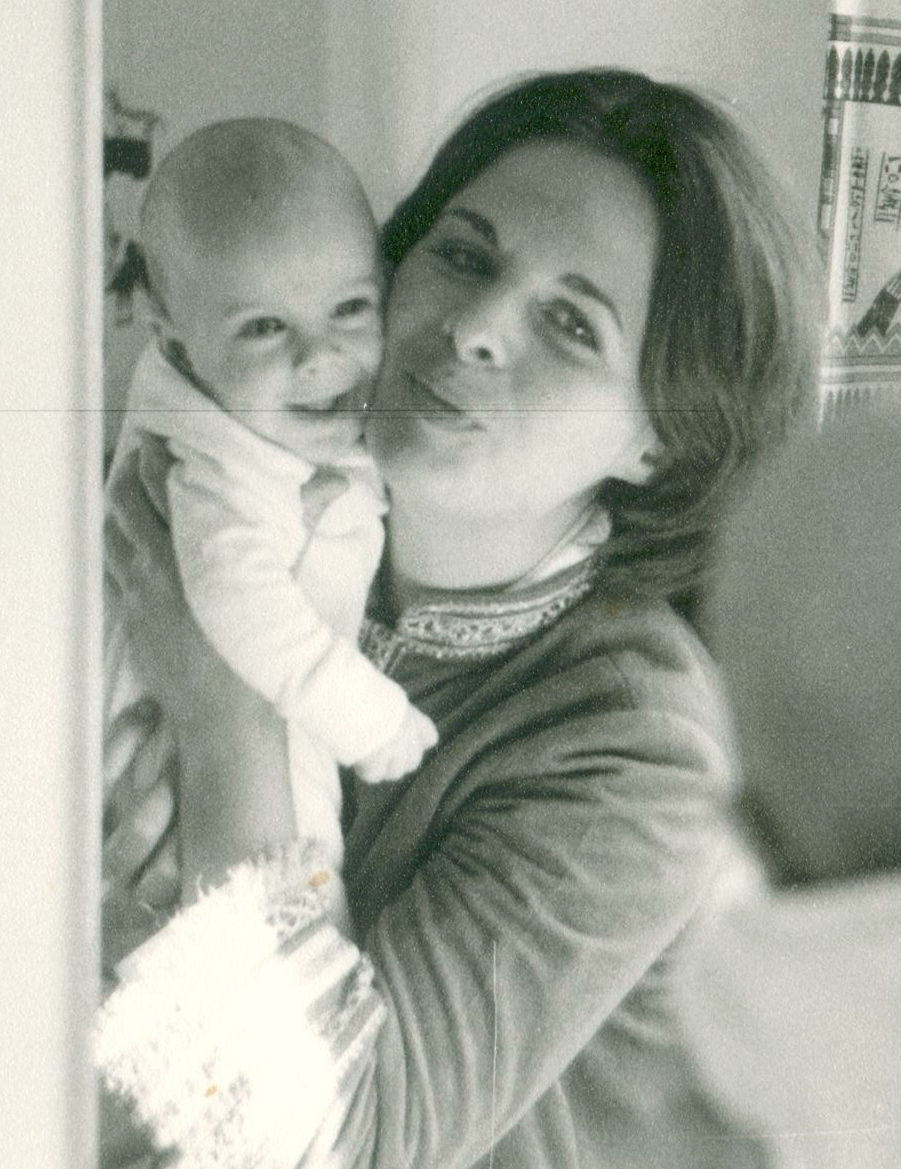 There he lay. A precious little bundle all wrapped in white with just his beautiful, sweet head visible. His gray-blue eyes were open and they observed me with a calm seriousness. As I looked into them, I felt so humble. It truly seemed as though I looked into the depths of wisdom. But now that we had finally met, I suddenly felt a great need to sleep.