Some reflections of early fatherhood:

Donanne is having trouble just now getting through her third Helen MacInnes novel in as many weeks. The other two gripped her; she came upon them at a time for light reading. The present one fails to involve her. At the moment she cannot concentrate on paper-doll amateur spies who fall in love as they elude danger on the north Adriatic coast. Just now is a very busy period. It is not a time for fiction.

Once I encountered similar problems with Thomas Mann. The experience shattered me for Mann was my favorite author.

The reading block descended upon me just at the end of that period in which every girl I dated felt an equivalent passion for Thomas Mann. It was no inconsequential event to find him a bore. I had to ask myself: Was I losing my intellectual grip?

I was living in the Congo at the time, in a town called Bukavu on the eastern frontier in a region called the Kivu. The country was enduring the last pains of the Simba Rebellion. I had twice evacuated an apparently doomed provincial capital in the Equateur region. I had been transferred to Bukavu. It was quiet then, presumably a good place for reading. I looked forward to enjoying books I had always wanted to read. 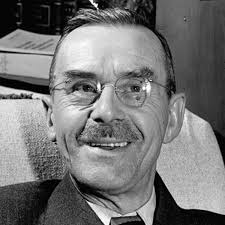 True, rebels besieged the town only months before, provoking a frightened Congolese army to make its first stand of the conflict behind barricades raised across Bukavu’s main street.

True, many townspeople had panicked. Soldiers had shucked off their uniforms and fled in their underwear into the bush. Local Africans had run away to their native villages. Europeans had crossed Lake Kivu by night, taking refuge in safer Rwanda. The consulate staff had camped at Kamembe airport.

True, street fighting trapped my predecessor in the office at the rear of the USIS Cultural Center. This led to a residential consolidation. Most of the American Consulate staff, all men without women, were then living in two houses on the lake edge, eating together and keeping watch, arguing heatedly at dinner about whether the Congolese or the CIA were better able to solve the country’s problems, yelling at each other without provocation, baring our private concerns more openly than we would have ordinarily done.

True, the town was tense and the soldiers behavior unpredictable. One morning I left the Consul’s house, where I lodged, to find a machine gun trained on the front door. One afternoon from the Cultural Center’s window I watched what seemed the entire town flee up the main street, away from army headquarters where Katangese soldiers with rifles surrounded the commandant’s office demanding more pay.

True, we were restricted to the confines of the town. Rebels still operated in the countryside, and a band of them had recently overtaken the vice-consul while he was doing reconnaissance some 60 miles into the bush. His passport was found in his jeep; he was presumed dead. Early the fourth morning after his disappearance he walked, very footsore, into the Consul’s house. He laughed with relief, immensely grateful to the Congolese who guided him and whose loyalty he bought with promises of wealth.

True, Bukavu’s Europeans prized us for our connection with American resources. Anxious mothers sought us to marry their daughters and rescue them from the Congo’s uncertainty. Well-armed fathers obsessively distrusted us, bristling with menace whenever their daughters cast us yearning glances.

Despite all this, time hung on our hands. The long evenings dragged. I started to read Thomas Mann’s “The Magic Mountain.” The book evokes the life of an Alpine sanatorium with consummate skill. It possesses high seriousness. In some passages its characters spring to life; in others it skillfully dissects the propositions preoccupying pre-World War I philosophers.

But who cared? Somehow there seemed much more reason for the sanatorium-bound to read about us than for us to read about them. Even so, with a doggedness born of boredom, I slogged through every page. I trudged through the immense volume like one of its characters struggling through Alpine snow.

It was not a time for novels. Even the heightened experiences of fiction, I finally realized, were less intense than those I was living myself.

This, I suspect, is why the magic has flown from Helen MacInnes. When Donanne was awaiting the baby, light spy fiction hastened the waiting’s discontent. Now that the baby has come, the adventures of real ife underline fiction’s artifice.

I came upon them this afternoon during little Pauly’s “waketime.” In this his seventh day of life he was lying upon the vast plain of our double bed, well bundled and wide-eyed, staring at his mother. She was staring back. 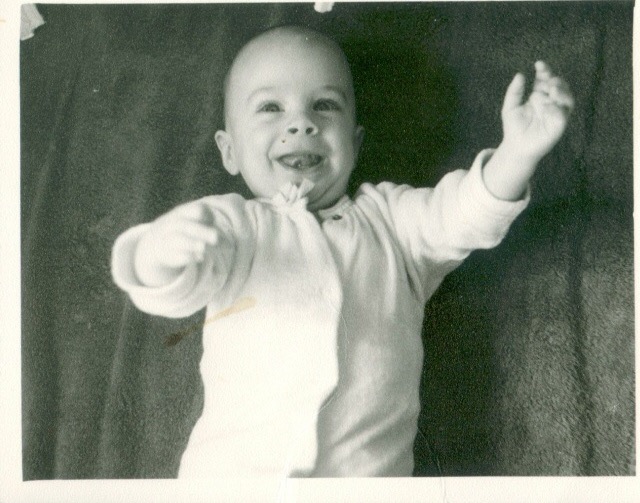 “We’re holding hands,” she said. She showed me his tiny hand clasped around her little finger. She smiled at me. Then she stared back at him with an absorption that neither Mann nor MacInnes will ever win from readers.

Fred’s CONGO TALES, six stories about his experiences in the Kivu, is available as an ebook on Amazon for the staggering price of 99 cents.