It did not take long after Pauly’s birth for me to realize that two newcomers in the house – the baby and the ayah Murugi – made it difficult for me to work there. So I found a room in an office block in town. It was a tiny space with a window, several floors up. Into it I introduced a table, a chair, a lamp, the Grundig radio and my portable typewriter.

The story I tried to cover there was Idi Amin. A year earlier General Amin had staged a coup in Uganda against the government of Milton Obote. The World Press, as we called ourselves, ventured to Kampala shortly afterward for the delayed funeral of Edward Mutesa, the Kabaka of the Baganda people who give their name to Uganda.

While there, we met with Amin and several of his generals. We journalists sat, spread out on a wall. The officials stood before us to answer questions and speak about the future.

In the army for twenty-five years, Amin had risen from assistant cook to the officer ranks under the British. A year or two after independence in 1962 he became Deputy Commander of the Army. He had been the Ugandan light heavyweight boxing champion for a decade, was a good swimmer and a fine rugby forward. He had an easy camaraderie with men. Our q & a with him and his officers was like a barracks-room bull session. 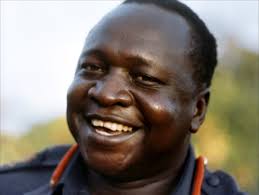 Idi Amin had an easy camaraderie with men

On that occasion, Amin gave a generally favorable impression of himself. He seemed more like a jovial, burly, hard-drinking master sergeant than a head of state. His burying Mutesa placated the Baganda people. Harmonizing tribal tensions was a must for Uganda governance. Amin appeared to be off to a good start for whatever he intended to do.

He had, of course, given the pro forma assurances that he was a soldier, not a politician; that the military government would be a caretaker until elections could be held; that elections would occur when “the situation” had normalized. Such assurances were part of the coup drill.

As time passed, however, Amin forgot about elections. He named himself Head of State and Commander-in-Chief of the armed forces. He also began to purge Obote’s tribal brothers from the army, replacing them with officers of his own tribe. Then he began to do curious things. We of “the World Press,” who thought we’d seen everything, were truly baffled.