LOVE in the Time of Apartheid

Nice to connect with you again. It’s been almost a year since I last published a post on this Travels in Africa blog. Why now? What’s changed?

There’s good news! The Permanent Press of Sag Harbor, New York, has just published my new novel LOVE IN THE TIME OF APARTHEID.

An ad in Publishers Weekly quotes from the Kirkus Review, offering this synopsis of the book: “Love in the Time of Apartheid is a quasi-political thriller and love story set in 1960s Africa. Gat, aka Adriaan Gautier, has been given instructions by his Belgian superiors in the Congo: “Disappear.’’ He begins a promising courtship with Petra, the daughter of a racist Cape Town police colonel, and Gat abhors apartheid. Gat. who is guilt-ridden and fighting nightmares of murder, helps Petra see beyond her family’s prejudices. Frederic Hunter, a former Africa Correspondent of the Christian Science Monitor, ably captures South Africa. Plain prose and dialogue keep the pace motoring, and the sharply told espionage storyline may appeal to Ian Fleming fans. There is daring, intrigue, and an ugly current of racism, but make no mistake, this is a love story at its core. Austere and well-told; an unlikely mix of espionage, apartheid and love on the run.” 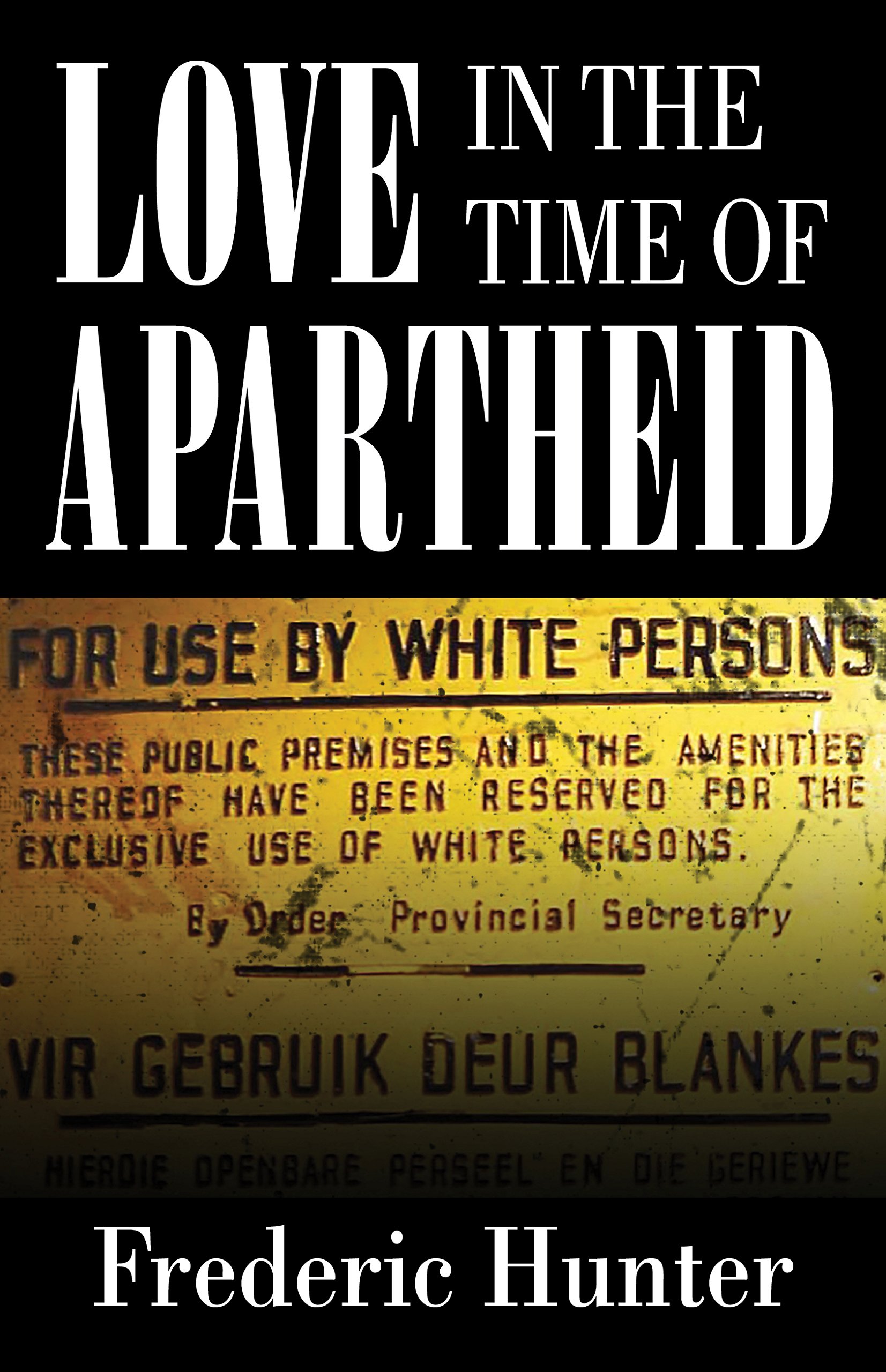 The book is available on Amazon or at www.thepermanentpress.com. Please read it and write a review.

Speaking of reviews, excuse my quoting the first one I read. I do so with glee because I have never met Sheila and have no idea who she is.

In 1961, a white man showers and can’t wash away the stain of his past. A white girl wonders if she’s really in love with the man she’s meant to marry. A black leader is rumored to be either alive or dead. And South Africa seethes.

Author Frederic Hunter brings that seething to life in the travels of two people who should never meet; one young and innocent, the other older and guilt-ridden, and both of them guilty in a world that’s bound to a seriously flawed status quo. The author’s depiction of their road trip brings towns and people, scenery and countries to life. But this novel’s as much about internal roads as national boundaries. Rescuing themselves is as important as rescuing each other or anyone else. And a tale of recent darkness brings light to the present too, as Gat and Petra seek emotional freedom in a twisted, twisting world.

Well-pitched third person narration adds a haunting sense of the characters’ isolation to this novel, even as well-toned dialog brings each scene to life. Institutionalized murder and brutality become ironically less distant, more inevitable perhaps, while reader and characters try to distance themselves. Meanwhile hope grows, together with love, despite the haunting revelations waiting at the side. Maybe the sins of the past don’t have to outweigh the present or the future, but their consequences have a habit of catching up.

Today, the reader knows apartheid will fall. But here it’s the backdrop of a tale of real people overcoming fear with love, in a place where one day hope will be writ large. Boundaries can bend, break and fall, but only when we try to cross them.

Constantly surprising, often terrifying, hauntingly and oddly romantic, Love In A Time Of Apartheid is a hard book to put down and an impossible one to forget.